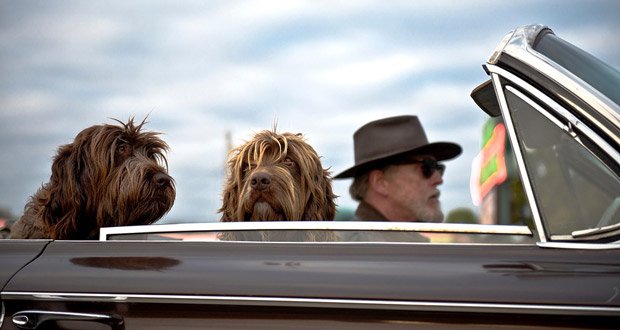 11. I got T-boned about 4 years ago by an old lady driving a piece of solid steel on 4 wheels because she “didn’t even see me” – in broad daylight at a 4-way intersection. I’m not even sure she came to a stop at the stop sign and just barreled into me at a good enough sped to turn me 180 degrees into the opposing lane.

13. I send patients for driver’s evaluations if their ability to navigate through my office is concerningly questionable. Unaware drivers are just as dangerous as impaired drivers.

14. All for it. When I was 14 my friend was coming to my house and he got killed by my next door neighbor who happened to be elderly. My friend was on his skateboard and he was just up the street from my house. From the position of his body and where elderly guy stopped his car I could see he made a super sharp left turn that killed him and ran over my other friend. The other friend survived and recovered from his injuries. But my other friend not so lucky. Oh and my granddad has Alzheimer’s and frequently forgets where he is, and I think he still has his license, though my grandma finally took his keys.

15. We need statistics to show us which demographics cause the most accidents over distance driven. If the over-70 leads in this, then yes. 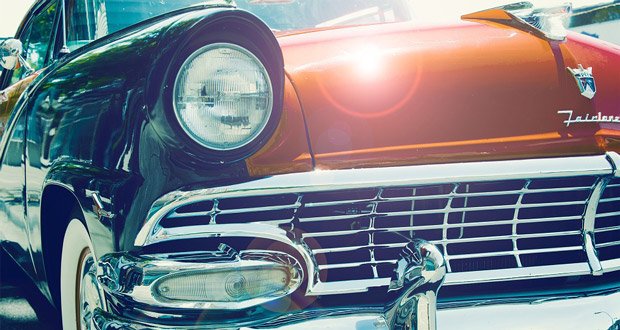 16. Sorry if this ends up being long but its angered me for quite some time.

About ten years ago my mother at age 69 had a massive stroke. They didn’t expect her to live let alone come out of it mostly alright. Which she did except for some vision loss in her left eye. (Not total, just peripheral.) So she can only see perfectly straight out of that eye.

So after about a year recovering from the stroke and the ensuing infection from the surgery that ended up being worse then the stroke itself she decides she wants to go get tested to see if she can retain her driver’s license. (Required by law in my province of Canada).

My father was not well either as he had a long-term terminal illness so I pack them both up in my truck and take them to the DMV. Me and my father happily assuming there is no way in hell she will pass.

Aside from her vision issues, the amazingly quick-witted and swift woman I grew up with was VERY unsure of her self at all times and took forever to make the smallest decisions. It broke my heart and it didn’t even occur to me to be scared that she would get her license back.

Well, she did, passed with “Flying colors” the DMV guy said. As a federal SAR (Search and Rescue) employee, the idea of taking him up in the helicopter and throwing him out without a rope occurred to me.

1 week later, accident number one. T-boned a poor lady as she was coming out of the grocery store. Not much damage and no injuries thankfully. Mother still refused to admit she wasn’t fit to drive.

A month later, accident 2. She panics on a multi-lane cross-city road and ends up on the raised median and rips the entire exhaust system off her car. Still, won’t admit any issues.

At this point, I’m amazed I didn’t have ulcers. Shortly after accident 2, my father passed away. I did everything up to and including begging to get her to give up the license. She wouldn’t do it and for the next few months I spent every day with a knot in my stomach until I spoke to her around 6 pm every night once she was “home from running around.”

Then around 1 pm, I get a call from her cell phone, this phone I bought her that she mostly ignored except to charge it. I couldn’t understand a word she said she was so upset on the phone. I managed to get her general location out of her and hopped in a work vehicle since it had lights and sirens and beat it down there while trying to get a twenty on the accident on the police band from their dispatch.

Upon arriving there are two ambulances, shoes in front of her car and it’s up on the curb.

She’s sitting on the curb next to it bawling her eyes out and I’m terrified she’s killed, someone.

Turns out a man and his son were walking out of the soccer pitch next to the road, began to cross in the crosswalk and she didn’t see them.

She thankfully only struck the father and aside from being banged up he wasn’t super seriously injured.

Because of my job I knew most of the police officers in the city so one of them offered to follow me back to her house so she could take me back down to get her car.

By the time I had done so and got back to her condo she had stopped crying. Threw me the extra set of keys to the car she had and told me to get rid of the car.

She even tried to get the DMV worker that passed her fired after that. She immediately realized she shouldn’t have ever gotten it back. She was actually terrified that she had been driving like that.

Years later she still comments about how she never even saw the man and his son and how she could have killed one or both of them.

I have all the respect in the world for seniors. My mother was one of the first women CEO’s in this province and was a hellcat in her day. I learned a lot from her. But I also learned to accept limitations.

If you are older reading this post. If you think for even a second that you could maybe not be the safest person to be on the road, talk to and listen to your loved ones.

Its horrible to give up that freedom, it would be more horrible for you to kill some innocent person because you are too proud to give it up.

17. My fiancee’s brother was killed riding his motorcycle Sunday by a 91-year-old who pulled out in front of him. He left behind a wife and 3 children. He was one of the best guys I ever met. We are all devastated and it could have been prevented. That man had no business behind the wheel.

18. I live in a town that caters to older people, and watching them drive is painful. By them, I mean the end of middle age and up. From going 30kmph in a 70kmph zone to watching them stare out the side window while going through that same zone. They swerve from side to side. I refuse to go anywhere with my grandpa driving, as he is now a horrible driver and has nearly crashed the car multiple times, then blames it on other drivers. However, I won’t say that only elderly people need to be tested. I would hate having to do so, but we all should be tested.

19. As an insurance professional: Just because you have been doing something for a long time, doesn’t mean you are good at it. Drivers should be tested every 5 years, not just once you hit a certain age.

20. People should have to retake the driver’s test every 10 years if not 20. I’ve seen too many terrible drivers of all ages. 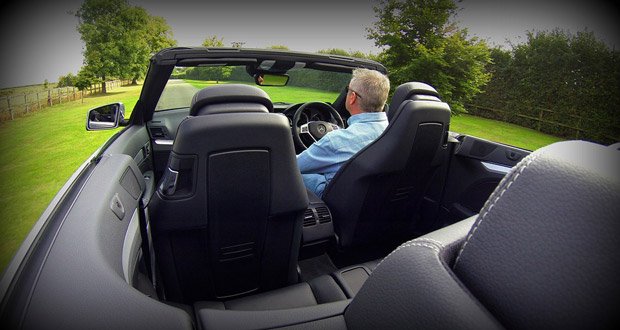 21. By the time the law will pass, self-driving cars will be available.

22.  I’m an eye doc and I’d be all for it. You know how often I get berated or threatened by geriatrics when I strongly suggest that they quit driving because they no longer meet the legal requirements for driving?

23. I’d be all for it if we can compensate them by providing transportation to those who can no longer drive for a low cost. Self-driving cars may soon fit this position.

24. I’m for it. The inability for old people to drive would result in them voting en mass for public transportation improvements.

25. My grandma rear-ended a line of stopped cars on the highway at full speed, no brakes, with my 5-year-old brother in the car because she thought she saw a deer on the side of the road. She’s been in another, less serious wreck, and has come to a dead stop while on the highway because she forgot where she was going multiple times since then. My dad had to unplug her battery and tell her that her car doesn’t work anymore so she would start asking for rides. I would love if they took age into account in some way, I’m not an expert on anything so I don’t know how they would do it, so that families wouldn’t have to be torn between treating their elders like a child or worrying if they’re going to get a call from the hospital any time they’re behind the wheel.