We asked our regular contributors through e-mail, If you live near famous tourist destinations, what is something the average person should know about it? We got many interesting responses. Here are some of them. We have just copied and pasted their responses, not editing them in any way and most of the respondents have requested to stay anonymous, so no names will be published

1-5 Things Tourists Should Know About 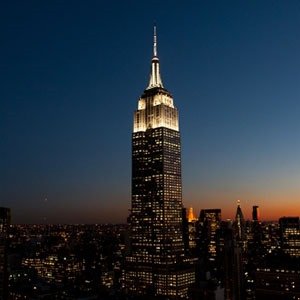 1. Don’t go the Empire State Building. Instead, go to 30 Rock – the view is better, it’s cheaper, it’s bigger, and the wait times are 5 minutes instead of 5 hours.

2. Just because an animal doesn’t have sharp teeth or claws doesn’t mean it can’t f**k you up. I’m looking at you, Yellowstone tourists.

3. The best time to visit Walt Disney World is October. Fall break was a month ago, so no one’s there, they’re all back in school. There’s a Halloween party in Magic Kingdom, a food/wine event at EPCOT with drinks and cuisine from all the countries plus others that’s freaking awesome, and the weather isn’t hellish. It’s actually quite nice.

4. I live in Amsterdam, just a few blocks from the Anne Frank House. If you see a red path while visiting our city, don’t walk on it. That is a cycle path, and you will get hit. Similarly, the biggest thing people don’t realize is instinctively you tend to only look to cross a street when you hear a sound. Bikes don’t make a sound. So when visiting Amsterdam you should always look both ways before stepping into the street.

5. Don’t bother going to Liberty Island (statue of Liberty). All you’re going to end up doing is craning your neck upwards for a sh**ty view of the statue. Instead, take the Staten Island Ferry out to SI. It’s FREE. 100% Free. Read that again because it’s not common in NYC. It is free. It’s a 30 minute trip from Financial District down to Staten Island. The ferry has concessions which serve alcohol, or you can actually bring your own on board and drink. It offers an awesome view of the statue of liberty, and Ellis Island. 30 minutes to Staten, then just jump on the next boat back to Manhattan. That’s an hour of your life and is totally worth it and fun.

6-10 Things Tourists Should Know About 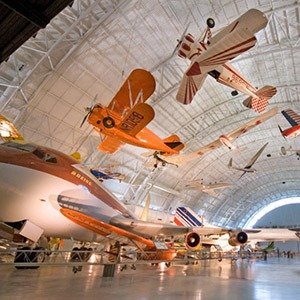 6. It’s cute that you think you can just “visit the Smithsonian” in one day. But in reality the Smithsonian consists of several very large museums and you can’t possibly see everything there is to see at all of them in one day. Narrow it down to one or two that interest you per day.

7. Please refrain from kicking squirrels into the Grand Canyon.

8. Stonehenge. If you come on a solstice night, you can go right up to, hell even stand on, the stones. As long as you don’t mind the overpowering smell of weed that is.

9. Golden Gate Bridge: If you show up in the summer months expecting to get beautiful views of the bridge and warm California temperatures, chances are you’ll get blown away, freeze your a** off and see nothing but fog. Also, if you are lucky enough to have clear skies, the view is much better from the SF side than the Sausalito side.

10. Bring a sweatshirt to San Francisco. Or don’t, and support one of our many vendors selling Alcatraz sweatshirts to tourists when they get here in July and its 60F.

11-15 Things Tourists Should Know About 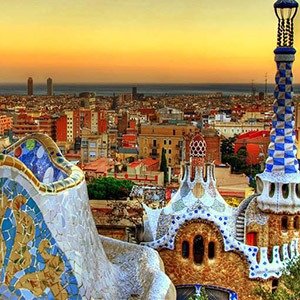 11. Barcelona is a beautiful city with amazing things to see. It is also a monster that can chew you up and spit you out. The tourist party attraction is high here as the parties go all day and night, alcohol is cheap and so are the drugs. This will make you a great victim for scams, thieves and prostitutes. I’ve seen people arrive on a Friday in the best mood and then leave on Monday morning with no money, no passport, no change of clothes, and a trip to hospital later. Just because you can, doesn’t mean you should.

12. Don’t taunt the moose. Don’t feed the moose. Don’t get near the moose. They look like doofy horses, but they’re bad-tempered, weighty, and strong. If you want to simulate the aftereffects of a moose attack, hoist a pallet of cinderblocks two storeys up, then drop it on your chest.

13. If you’re walking around Hollywood Blvd. (this applies to most crowded places really), keep a close eye on your belongings. Keep your wallet in a front pocket, try not to bring too much in general, and always do a little pat around your pockets occasionally for phone, wallet, etc. to make sure everything’s where it needs to be. Pickpocketing is very real. Also if anyone on Venice Beach tries to get you to listen to their mix tape, just walk away. They’ll shame you for not giving them some money to help it get produced; they’re pretty much charismatic panhandlers.

14. Hershey PA. Chocolate World is free but everything else costs a fortune. Go to the local grocery store-Giant- and purchase tickets for Hershey Park there. They usually have discounted tickets.

15. On the walk of fame in Hollywood, do not sit on the ground. Don’t touch the stars when you take pictures with them. Just no contact, please. That ground is vile. Human feces. Piss. Vomit. Everything. I see it every day as its happening and cry inside when I see a tourist face down next to a star.

16-20 Things Tourists Should Know About 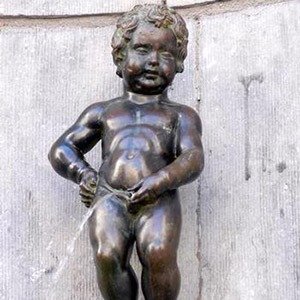 16. In Brussels, there is a famous statue called Manneken Pis. It’s just a 30cm high statue of a kid taking a pis, nothing more. Don’t visit it and act all disappointed because it’s so tiny, it was never advertised as something more than what it is.

17. Plymouth Rock is stupid. It’s a rock in a pit, which is flooded half the time. Don’t waste your money. The beach is nice here though, so that’s nice to look forward to if you do come.

18. Las Vegas. It’s hot in July and August. I don’t mean like 90s with humidity. It is an oven. Plan to stay inside or by a pool in those months and for the love of God, stay hydrated. There are no clocks on the main floor of most (if not all) casinos. The point is to keep you there without you realizing its 4 a.m. and you need sleep. Las Vegas tourists pay our state taxes. So thanks for that. The statistical chances of you winning a lot of money aren’t great. Whatever you play with, assume that you’re paying that for the experience of gambling. Most locals avoid the Strip. It’s just not our thing.

19. If you find yourself at Tunnel View in Yosemite, turn around 180 degrees, walk 100 yards into the tunnel and then turn right and take the hidden walking tunnel out to where they dumped all the debris from the digging. It is a fun quick side trip no one knows about. Spooky. Especially if you have kids with you.

20. Times Square is fun for about 5 minutes. Locals avoid it like the plague. There is no good food there (try 9th Ave at least). You’ll get mobbed by adults who barely speak English in Elmo and Marvel costumes, who can be a bit aggressive about tips. Avoid pedicabs, big rip-offs. Generally anyone coming up to you on the street are doing so for a reason. They may or may not have a legitimate product, but it will never be anything worth purchasing. Don’t be afraid to ask directions as opposed to wandering around with your map flapping in the wind. We’re not rude, but we usually have somewhere to be (like work, or drinking).

21-25 Things Tourists Should Know About 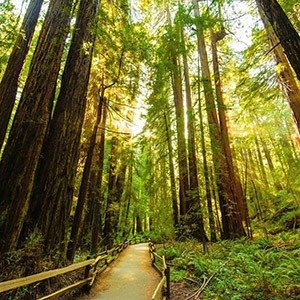 21. If you want to see Redwoods or just Nature and you are in San Francisco, do not, I repeat, do not go to the Muir Woods. The traffic and congestion going over the Bridge to Marin County is horrible. The woods are packed with noisy people and there is no parking. Instead go hike amongst the trees at Henry Cowell State park instead. It’s in Santa Cruz and the drive is almost as lovely as the hike.

22. EDINBURGH! The Queen does not live in Edinburgh Castle. The Royal Mile is a mile long. The 1 o’clock gun going off is not someone shooting someone, it just means its 1pm. It’s pronounced Edin-bruh.

23. I live near Philadelphia. If you want a delicious cheesesteak and not just okay one, avoid tourist destinations like Pat Or Geno’s and go to places like John’s or even local food trucks.

24. The Space Needle is cool but it’s really over-priced. Sure, the rotating restaurant is kind of fun, but be prepared to really shell out the dough to eat there. The Space Needle is a lot more impressive from a little bit of a distance than it is when you’re standing right underneath it. If you want a nice view, try going across the lake. Take a ferry, or go up the Smith Tower instead.

25. Paris, France. Beware of pickpockets, especially in the subway, I see a lot of tourists with their wallet in back pocket, never do that and check your bags, be paranoid! Some guys/girls (gypsies) will ask you to sign some sort of petition to help disabled people and will ask some money for the cause: that’s a big scam, don’t give anything. Next to “Sacré Coeur”, black guys will ask to extend your arm for them to make a charm bracelet on your wrist; don’t, they will ask for money. Some gipsy girl will act like they find some jewelry next to you in the street, will ask if it’s your, then ask for money for you to keep it; that’s not real gold, toss that s**t in the river. When you take a drink outside at a café, never let your wallet/phone etc. on the table, some pickpockets are really good at their job, also beware your purse or your bag. Don’t go to the “Champs Elysés” if you’re in a hurry, it’s basically a huge road. If you have time, try to go to some parks like “Buttes-Chaumont” or “Montsouris” or even “Cité Universitaire” (exchange student campus, but you’re allowed to go in the parks during the day) or even “Parc de la Villette” (you can picnic with beer or wine even, that’s ok). For the love of god, don’t put locks on the “love bridge”, your love is better than that and it’s ugly.