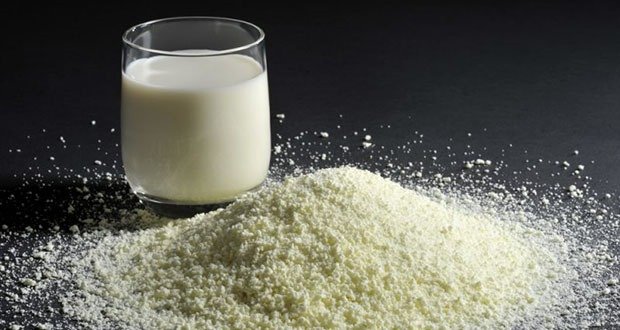 11. It’s not the things we bought. I grew up in a level of poverty, in the entire 1980s and some of the 1990s, that modern politicians will swear to you doesn’t occur in modern America. After all, we have food stamps and welfare, and anyone still poor after that is obviously just a lazy drug-addict bum.

It’s not the things we bought. We lived on powdered milk and rice and ramen (and before that, those old Won Ton Soup packets that I just realized don’t exist anymore) and Gov’t cheese. Tuna can after tuna can. Bread from the discount rack at the local bakery, about 9 minutes away from growing mold, but hey, at least it was only $0.19 a loaf.

It’s the things we scavenged. Hauling food out of the dumpster at 7-11, because they threw away piles of chip bags that were a day over their expiration. (Manager caught us one day, they apparently told the employees to stab a hole in each chip bag after that. No problem, we just had to sniff each bag to make sure nothing was contaminated). Checking neighbors’ trash bins – rescuing half a damn pizza some idiots had ordered the night before, then threw away after a handful of slices. Hauling in furniture from alleyways. My littlest sibling, my sister, received a twin bed mattress that had a grotesque brown stain on it, looked like someone had sh*t a gallon of wet feces onto it. No fu*ks given, we scrubbed that stain with bleach over and over, and she slept on it for years.

Then there were times when the welfare checks or food stamps didn’t arrive, and the trash bins were not producing food. I grew up in a fairly rural area. When happened then? I know that in winter, Grey Squirrel tastes gross. Sure, people from the South can claim that their brown and red squirrels are delicious, but I would rather eat sh*t than eat another bite of g*ddamn squirrel meat. Or jackrabbit. Or dandelion greens.

I guess I’m just saying that it’s not what “insanely poor” people BUY, since they’re insanely poor – they can’t afford to buy ANYTHING. You can keep the electricity and rent paid, or you can… nope, there is no other choice. Food? Medicine? Clothing? Furnishings? Blankets? All of these are things you can pull out of the garbage.

12. I was so poor once that I would go to Long John Silvers and order water and crunchies (which used to be free) then sit there and watch the people that would dine in. It was amazing how little they ate. Then they would leave without dumping their tray off in the trash. Fries, hushpuppies, chicken, fish… all untouched. No, I didn’t eat a piece that was bitten off of.

I once saw a woman order a 2 piece fish and more for her kid, who ate 1 hushpuppy and a few fries and then left the rest of it there. It was the best I had eaten in weeks. I am glad that’s behind me now.

13. Powdered milk. I once worked in a call center and an old lady called almost in tears that cable went up by $1.50. Her line that she repeated more than once was that she couldn’t afford fresh milk and had to buy powdered milk. Unless it’s due to a lack of refrigeration available or some sort of allergy, only the very poor would buy powdered over fresh milk.

14. I knew a guy that would go to a livestock feed store and buy antibiotics and some other meds there that were meant for farm animals when he got sick. There was another med he’d get at pet stores too. He’d just cut the pills into smaller pieces to try to guess what the proper mg amount was. It’s apparently cheap for certain meds and doesn’t require a prescription or govt. oversight like it would at a normal pharmacy.

15. I had a really odd childhood. Until age 9 my family would have been classed as upper middle class. Then my father left and my mom went bat-sh*t crazy. From 9 to 18 we were dirt poor.

I remember being 10 years old and our weekly treat was to go to the Littlewoods cafe (I think they went bust) and they did a 99p 5 piece breakfast. We shared that with my mom, brother, sister, and me. One of us got the extra item; we’d take turns.

As an adult, I have made sure my children will never know poverty because of excellent memories like that. Nothing motivates you more than memories of fighting over a solitary sausage.

16. A buddy of mine went through a tough time a few years back, and I didn’t know about it until he told me about a year ago. One thing that stuck with me was that he made just enough money to survive. By survive, he meant literally enough money to pay rent, utilities and the cheapest, worst food he could buy. He couldn’t afford transportation. Not even the bus.

He told me about a span of a few months he went through where he literally only ate water, dry noodles, and peanut butter. He worked at a restaurant and they cut his hours. He couldn’t find other work. His first big reality check was that he had to sell his car to make rent one month. The next month he started selling other “unnecessary items”…like his old TV, some old appliances and his nicer clothes. He got to the point where he was doing his laundry with dish soap in his sink. He couldn’t afford deodorant, razors or any of the things we take for granted, so he’d steal them from the grocery store. He didn’t like to do it, but he had no choice. He never got caught.

When he told me all of this, I was floored. I wish he would have told me when it was happening. I would have helped any way I could. At that time, I was by no means living a fancy lifestyle, but I could have thrown him a $20 spot here and there to help him put some groceries in the house or some TP in the bathroom. He’s still poor today, but he works full time and is happy, at least from what I see.

17. Growing up my family had its moments of struggle. Our public transport system at the time had tickets which were simply hole-punched with the date and month, not the year. So we’d save them and store them neatly in envelopes marked by month and concession or full fare. After a few years of saving tickets, we pretty much had free train and bus travel for the next 10 years, until they changed the ticketing system to electronically stamped tickets with bar codes.

18. In university I used to buy a 10-20lbs bags of potatoes, freeze dried chives and gravy mix in bulk (not the supermarket packs which are $1 for 2 cups of gravy, restaurant sized packs that make 8 liters)

That was often dinner, usually at the end of the month when money got tight. Sometimes I had even saved enough that I could have mashed potatoes made with some sort of dairy, or bacon grease.

I also had a cheap tub of protein power for weight lifters. It was gross. But I would blend it up, usually with water hold my nose and gulp it down. It was actual protein, and slightly more healthy then a week long diet of potatoes.

19. Growing up my mom used to tell me of a homeless guy she knew of that would go into the local McDonalds and get a free cup of hot water. Then proceeded to add ketchup, salt, and pepper to make himself a hobo tomato soup.

20. Learning the times of the day when meat, bakery, fish, vegetable and misc. items are reduced to 75% at the local supermarket. I’ve been learning for years, but it’s a good day when you find 400g of fresh mince for 99p, and you have warm filling food that you used to take for granted when living with parents.

One thing I’ve noticed about being poor is that you become almost vegetarian because meat just costs too damn much, frozen or fresh.

Another thing I would be buying the cheapest is a large container of yogurt, and mixing in jam for fruity yogurt. But that’s not about being poor, that’s just a good idea.

Economics of a Bachelor's Degree (Infographic)