We asked our regular contributors through e-mail, What is a conspiracy theory you believe to be true? We got many interesting responses. Some of them are funny. We have just copied and pasted their responses, not editing them in any way and most of the respondents have requested to stay anonymous, so no names will be published. 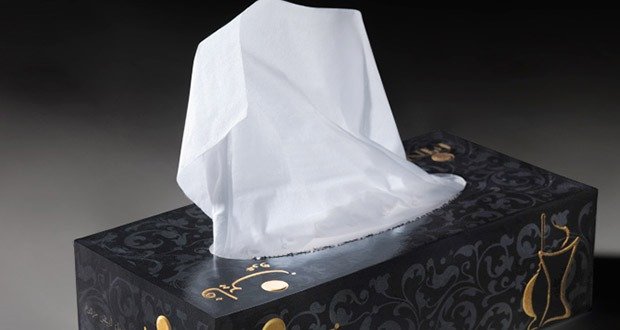 1. Tissues. Ever pull one of those things out of the box in bright sunlight? Billions upon billions of dust particles are released as well. Where do you think some of this dust ends up? Right back up your nose, causing you to sneeze more.

2. Chapsticks. I feel like in the long run, they make your lips more prone to chapping because they want you to keep purchasing.

3. The Steve Harvey Ms. Universe incident was a publicity stunt. No one had any idea the pageant was taking place or that Harvey was hosting. Then he mysteriously called the wrong name and both he and the pageant are front page news for a few days. He parlayed that into a Super Bowl commercial and has a new TV show coming out.

5. The Cosmopolitan Magazine gives women bad relationship advice on purpose, because people who are looking for a new relationship spend more money on their advertiser’s products (makeup, diet plans, etc.) than people who are in a relationship. So they purposefully keep women single and subscribed. 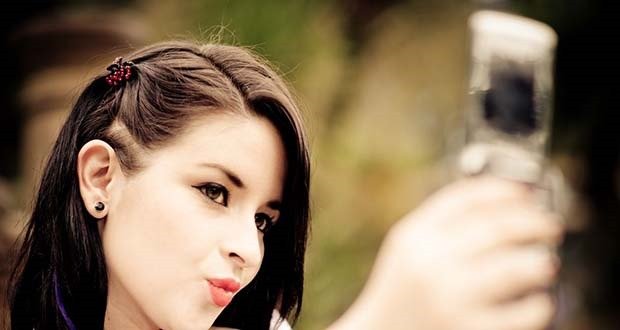 6. Selfies were made popular by the government to help build a facial recognition database. I know “driver’s license” and “photo ID” were invented after selfies, clearly, but the more photos there are the better the recognition system gets. It’s how the recognition algorithms work. I don’t genuinely believe in it, but I like this one.

7. Probably the Lost Cosmonauts in the old Soviet Union. Basically before Yuri Gagarin had a successful flight into space, many theorize that there was a long line of other failed missions where the astronauts died alone in space, and their existence was essentially destroyed, because the USSR didn’t want the U.S. to know they had failed. This was the fate of Cosmonaut Vladimir Komarov. He knew that the capsule he would be flying on wasn’t safe to fly, but if he backed out of the mission, Yuri Gagarin would be on that ship in his place (they were good friends). He died when the capsule lost control in orbit, deorbiting while falling to pieces, and eventually slamming into the ground at extremely high speeds. And his reentry was recorded.

8. Micheal Jordan’s first retirement was really a secret suspension for him gambling. The theory is that Jordan did something really, really bad while gambling. Like the-mafia-killed-his-father bad. If that came out, it would totally ruin the brand for Jordan and probably the NBA writ large. So, as the theory goes, the NBA felt they couldn’t do literally nothing, but they couldn’t destroy the brand. So they suspended him via a private agreement, where he retired during the prime of his career to play minor league baseball, and came back a few years later.

9. Women’s jeans have tiny/nonexistent pockets to force them to buy handbags.

10. The move suggestions in candy crush are purposely bad to make you lose the match and make you buy more lives or whatever. Also, more than once I’ve given up the game completely because I’m stuck at a really difficult and not fun level so I get fed up with it, but when I come back after not playing for a few months to give it another shot, I’ll beat it on the first try. Its like it’s trying to get me hooked again. 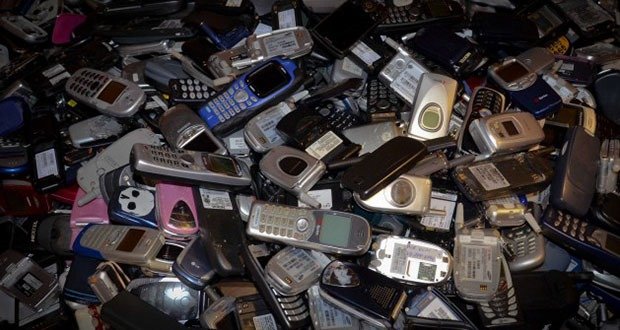 11. Call me crazy. I honestly believe that Apple has the ability to turn our phones to garbage once the new iPhones become available, forcing us to spend money on the newer version. My 5s was wonderful until the 6 came out, now it won’t stay charged for a few hours and it freezes constantly. I’ve kept it in mighty fine condition as well. Beyond that, the amount of people complaining about phone problems since the new model was rolled out has increased. I know I sound crazy.

12. In Taylor Swift’s song Blank Space when she says “got a long list of ex-lovers” it is purposely made to sound like “Starbucks lovers.” Think about it, how many girls blast that song in their cars, then subliminally hear “Starbucks,” and all of a sudden have a craving for an iced latte. Seriously, I swear I don’t work for Starbucks by the way. I swear.

13. Laundry detergent companies put the line over where it needs to be so you’ll run out faster. This is one of the only conspiracy theories I’ve read that I genuinely believe to be true. This and the one about toothpaste having a hole bigger than it needs to at the top so the minimum amount you can get out is still more than you need. Toothpaste commercials and ads even show people putting a grape sized glob on toothbrushes when you actually just need a drop. But drops don’t get you to buy new toothpaste faster.

14. Over time the world is going to get colder, go into a second ice age, kind of like “The Day after Tomorrow.” With the Earth changing its climate, people will change as well. Over Time humans will evolve into Big, Tall, Hairy creatures that are more fit for colder temperatures. Now people often say that time travel will never come to existence because we’ve never seen someone from the future visit the past. That’s where they’re wrong. The first rule of time travel is to let no one from the past see you, because that can alter the future dramatically. All these “Bigfoot” sightings are actually time travelers who failed to keep the first rule. The reason why they are always running away is because they are heading back to the time machine.

15. I truly believe men’s deodorant is made better than women’s deodorant. I’m like 99% sure women’s “clinical” super expensive deodorant is the same as men’s regular deodorant. I’ve been using men’s unscented deodorant for years and have had great results. Think about it hair is known to trap bacteria which causes odor. Most women shave their armpit hair. Most men do not shave their armpit hair. Therefore, women’s deodorant does not need to be as strong as men’s deodorant because women’s armpits do not harbor as much bacteria. Speaking of shaving. Men’s razors are cheaper and are of better quality than women’s. I’ve been buying men’s disposable razors for years. Haven’t gotten razor burn since, and I can use a men’s disposable razor for twice as long as one of those refillable women’s razors. Oh, and I haven’t used shaving gel since I started using men’s razors either. 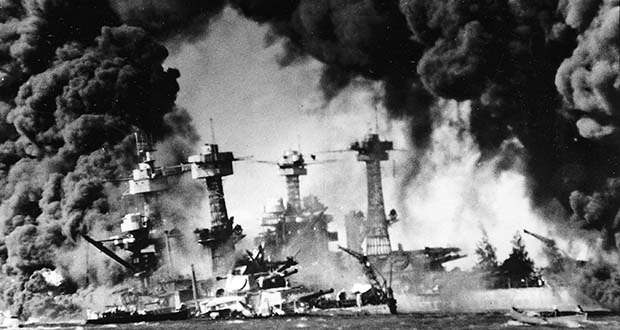 16. The United States’ top government officials knew about Japan’s planned attack on Pearl Harbor, and let it happen in order to galvanize the general American population into a pro-war stance.

18. Gary Webb was murdered. He was the reporter for the San Jose Mercury News, who blew lid off of the CIA running drugs to fund the Contras during the whole Iran-Contra Affair. He committed “suicide” by shooting himself in the head. Twice.

19. I don’t believe in it but it is one of my favorite theories that I read a while back. George Washington is the identity Adam Weishaupt, founder of the Bavarian Illuminati, took when he fled Bavaria. I like this theory because it’s part of a series of theories that essentially claims that the Founding Fathers were a bunch of proto-anarchists who deliberately provoked the American Revolution in order to found an experimental new government as part of a long term plot to engineer maximum human liberty.

20. I think there’s a pretty good chance that United Flight 93, the plane that crashed into a field in Pennsylvania on Sept 11, 2001, was actually shot down by the US military. This was to prevent the plane from being used as a missile against the White House. But to avoid dealing with endless problems resulting from killing so many civilians, the government covered it up and instead helped develop this narrative of American heroes saving them. It not only protected the government from serious legal problems, but it bolstered patriotism and helped get “Real Americans” behind the War on Terror. 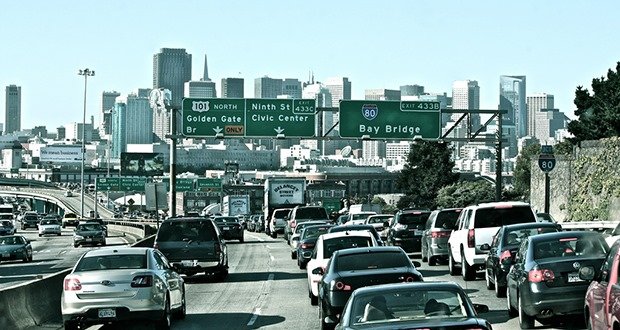 21. That the Chinese government exports their people to major US cities where they function as bad drivers during rush hour, causing major tardiness and work delays, ultimately destroying the US economy.

22. They are just going to keep on making fast and furious movies until they win an Oscar. It’s a numbers game eventually they’re going to win.

23. Joe Jackson knew that Jackson 5, and Michael Jackson specifically, was a moneymaker, so he castrated his son to maintain that lucrative voice of his. That explained nearly all of MJ’s adult behavior. His child-like demeanor wasn’t because he was a creepy child molester, but it’s because he was never allowed to grow up. Neverland, indeed.

24. I think one of the biggest UK conspiracy theories is that Princess Diana was killed by the royals/government due to her relationship with Dodi Al Fayed.

37 Photos from Schools around the world