21-25 Creepiest Thing that has Happened to You 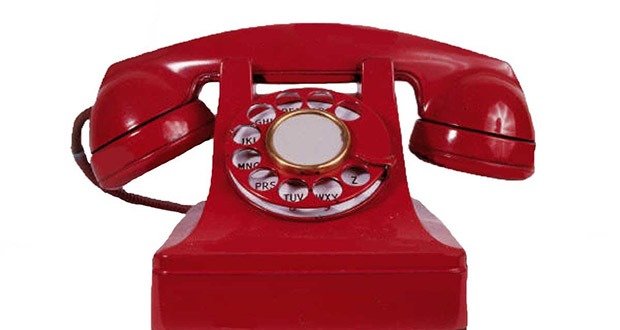 21. I work at an anonymous suicide hotline. People never understand why. One day I received a very traumatic call. I was alone at the hotline. It is pretty slow during the summer. I was studying for a test. The phone rings. I pick it up. “(organization name,) can I help you?” I hear heavy breathing. I immediately assume it is a sex caller. 50% of the calls I receive are from pervy men hoping to get off on my voice or tell me gross things. So I’m a little annoyed when I say again, “(organization name,) can I help you?” I hear a soft, sad woman’s voice. “No, I guess you can’t.” Immediately I feel… what was it… excited? Because I rarely get to speak to women. Mostly men call the hotline, and like I said earlier, a lot of pervy men. “Why not? Did something happen to you today?” “I don’t matter to anyone. Nothing matters…” Then the woman starts softly crying. I let her cry a bit, tell her to take her time, etc. Then she starts bawling, loudly. I continue to try to soothe her. But then she starts screaming. At the top of her lungs. Worse than any sound I have heard in my life. My entire body starts to prickle all over. She was screaming into the phone and she sounded like someone getting stabbed over and over again. I watch a lot of scary movies and I have witnessed a suicide attempt but nothing broke me down as much as this scream did. I asked her if she was in pain, if she needed medical assistance. She hung up. The call was one minute and thirty seconds. I felt a panic attack coming on. The phone rang again. I was terrified, never ever ever wanting to hear that sound again. But I was even more terrified of leaving that woman alone. So I picked up. It was a pervert, I hung up on him.

22. I saw an alien. No joke. To this day I still wonder if I was somehow tripping on something I ate on accident or something. I was about 10 years old and was playing in my room by myself. It was about 11pm. I had a sliding glass door in my room and the blinds were pulled back. Out of nowhere the automatic spotlight behind my house turned on. I looked to the sliding glass door and a figure started approaching the door. At first I thought it was my neighbor, who was older than me and about the same height, but as it got closer I realized it was something else. I remember it approaching the door slowly. It stopped at the sliding glass door for a few seconds and just started staring at me. It felt like an eternity passed by. Like, I remember specifically how long it felt when in reality it was probably only a few seconds. I remember it was dark black. It had a rounded head just like you see in the movies and was about 6 feet tall. Two arms two legs. Really skinny. The thing about it is that it was so close to me right on the other side of the glass that there is no way I could have mistaken it for a human. I know what I saw. After a few seconds of staring at me it just turned to the side and walked away. Long strides. It went out of my view and I immediately ran out of my room and screamed for my mom. She didn’t believe me. I had to sleep in my room that night knowing I had seen a legit alien a few feet away from me earlier.

I’m 23 now and to this day I still get chills when I think about it. My eyes always start watering when I think about it. I know it wasn’t a dream. I know what I saw. No one believes me. The thing that creeps me out the most was its demeanor. I remember it coming slowly up to me and walking slowly away. That’s what scares me the most. Like there was no rush to it. It was just watching me. I believe in aliens but I don’t really believe in aliens visiting earth so it’s been hard to cope with. I think what I saw (if it really was and alien) is what some people call a “grey”. Fu*k. I’m not sleeping tonight.

23. I am an Eagle Scout and have been on many campouts, hikes, scuba dive. I am very experienced at outdoors.

The island is fairly medium size. Large enough to support its own deer population (~40) but small enough to hike the circumference in a single day. The whole interior is up a 20 foot bluff from the beach, and it’s Washington, so basically rainforest-dense evergreens and ferns as tall as a person. Our campsite was up in the forest, about 30 feet back from an animal run down the bluff, which we used to access the beach.

I and some other kids took a trip to an island for the weekend. Chartered a sea scout boat to take us out and pick us up Sunday. We did island-y things like a beach hike, swimming, etc. The usual. I stepped in deer poop barefoot, we made lunch, did some more swimming, started making dinner at dusk and had a fire going. As we’re sitting there chatting with our dinner wrapped in foil, I look up from the conversation quickly, just on a whim. If you have ever been camping in dense forest, you know it gets darker faster than a field. I could see the glow of the sunset over the water still, but the trees and everything were all black silhouettes.

And there were eyes all around us.

At least 15 pairs in total, all the way around outside the light of the cooking coals. All of them were yellow. Some of them were up in trees, some were peering between fern leaves, one set was between us and the direction of the tent. I froze and my sudden stop alerted my friends, who also just stared for a few seconds at the watchers around us. Luckily, one of them had thought to grab a flashlight before it got dark. He slowly pulls it out, points it at one pair, and flicks it on.

It’s a fu*king racoon. All the eyes were racoons. The smell of our cooking drew them from all over the island. We ended up spending until like 2:00 just turning off all lights, waiting for eyes to show up, then flashing them with a big 1000 lumen stick I had. Even got 1 to fall out of a tree.

I can explain it now, but at the time it was a terrifying experience.

24. I am an archaeologist. A few years back we were doing a massive survey in the middle of nowhere in the interior of BC. All the crew had gone home and it was just my boss and myself left for a few days to follow up and confirm some coordinates and finish some mapping.

We head out from the motel an hour or so into the bush. Middle of nowhere along deactivated logging roads. Closest town is miles and miles away. We hike out to this one area we had found a site a few weeks previously. For some reason the whole area just felt…off. So, we get down to business and about 15 mins after being hunched over mapping, there is this WEIRD deafening “WOMP” sound. Like, I could feel pressure in my ears. I immediately looked at my boss about 20 feet away and he is white as a ghost staring back at me. Standing, it fu*king happens again “WOMP!” ear pressure and chest pressure like I was just squeezed. Chills all over my body and every hair is standing on end. My boss just looks at me and says, “let’s go!” We grab all of our sh*t and speed hike back to the truck.

We never discussed it. No clue what it was but I have never been so freaked out in my life. 10 years later, I still get the chills.

25. I’m not the best story teller, but here goes. A few years ago I was on a mission trip in Kenya, and we were camping out in the bush for a few days. Pretty uneventful. One night, the moon was either full or just randomly super bright, and it made the sides of my tent kind of transparent to the outside, if that makes sense. So if something were to walk past my tent, I would see its silhouette from inside my tent. You might see where this is going.

I woke up some time in the middle of the night to the sound of quiet feet shuffling near my tent. When I lifted my head up, I saw the silhouette of a person creeping past my tent. He was wearing a large, terrifying looking headdress, which, after I described the incident to my team leader, I learned was the garb of a witch doctor.

Anywho, I didn’t sleep that night.

AskReaders: What was a loophole that you found and exploited a lot?