We asked this open question last week and got a lot of interesting replies. Here they are spread over three pages. Make sure to read all of them.

1-5 Declassified Information Available To Us 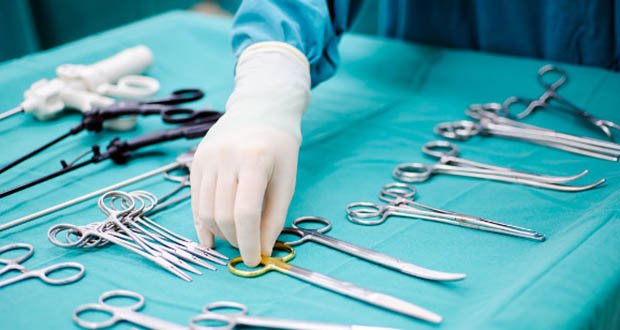 01. The Department of Health and Human Services practiced female sterilization on Native American women all the way through the 1970’s. It is kind of sobering knowing that we were using tax dollars to suppress indigenous birth rates less than 50 years ago. More here if interested. The US government performed sterilization on more than just Native Americans, but I’m not sure what the dates were. It started in the 20’s and progressed through the 70’s. Immigrants were a heavily targeted population. Often, women would go in for birth and be told that they would die without a “certain procedure,” but never really made clear what that procedure was. The result is people were sterilized by giving consent without full disclosure, and often weren’t informed that they were sterilized at all. Many found out years later when they couldn’t get pregnant. Here is an 8 minute audio clip on the subject with transcript. This becomes all the more unsettling when you realize that intentionally sterilizing women of a specific demographic is actually internationally defined as genocide.

02. Human experimentation conducted by multiple governments. The Japanese famously conducted human experimentation research on the Chinese and Koreans. The name of the most well known site conducting human experiments is Unit 731 for those wondering. They performed vivisections, forced people to infect each other and children with STDs namely syphilis, froze people’s limbs solid and recorded the damage and results. On one occasion, a child was repeatedly hit in the head with a hammer to study affects of repeated cranial trauma.

There are reports of scientists raping captives because they were bored or had time to waste before their experiments. There were many pregnancies carried full term within the facilities. These children born in captivity were also experimented on and sometimes born with syphilis. Researchers and guards would call women infected with syphilis “Jam-filled-buns.” Experiments attempting to weaponize the Bubonic Plague also took place.

The most disturbing part is that when it was shut down, rather than be charged with war crimes, the US pardoned the researchers in exchange for all their information. These war criminals walked free and the US got a nice payday of bio and chemical weaponry data, some of which is still undisclosed.

03. MKUltra. The project proved many accounts of secret government experiments and cover ups. Making the “crazy conspiracy theorist” correct and providing a basis now that the government is in fact in control of a lot of things. You might be followed or tracked. Those crazy thoughts may be correct all along. (Admin Note: MKUltra was only a singular section of a much much larger program that we still to this day do not know much about. We know there were many different types of experiments going on all attempting some form of mind control/manipulation. We know of MKUltra but there were also others with similar name designations such as MKDelta. We know tiny bit about this program because someone misplaced files that were supposed to be shredded for many years and then they were leaked.)

04. There was an episode of Radiolab that talks about an enormous secret facility in Britain that houses the British empire’s secret archives. The way they describe it, it sounds like the place where the Ark of the covenant is stored at the end of Raiders of the Lost Ark. What they uncover in the episode is the human rights atrocities that were committed by British troops during the Mau Mau uprising in Kenya during the 1950’s. There were details in the uncovered documents about detention camps and torture that occurred during the conflict. One of the researchers estimated that 150,000 people were interned in camps, with the British killing 20,000 (possibly more) Kenyans and torturing many more. This was in response to the deaths of Europeans at the hands of the Mau Mau’s; yet only about 30 Europeans died during the conflict. It gave grounds for surviving Mau Mau to seek compensation against the crown in recent years. The atrocities of the conflict were not widely known about until recently.

05. Personally I think it is ECHELON, in case you don’t know it was a signal intercept program that began in the 1960s. Basically NATO, Australia, and New Zealand all agreed to spy on each other and share the information, that way they wouldn’t be violating any domestic laws about spying on citizens. This was all widely disclosed between 1988-2001, but people act like Snowden was the first time we found out the government was listening. No one was ostracized or called crazy for saying this, the truth is that hardly anyone cared at the time, then 9/11 happened and even less people cared what the government did. (Admin Note: ECHELON doesn’t fit the question though as it is still very classified. We only know tiny bits and pieces from declassified sources. Declassifying that would be a huge legal sh*tstorm.)

6-10 Declassified Information Available To Us 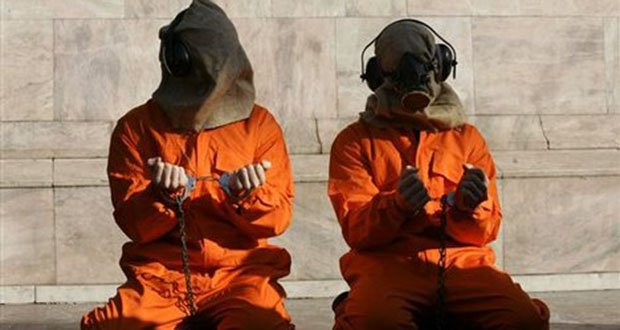 06. The CIA’s family jewels. It’s a collection of fu*ked up things the CIA did during the Cold War. Highlights include sexually assaulting prisoners to make them more likely to fail a lie detector test and the various wire taps and standing orders to read all mail to and from Russia. The linked document has a table of contents.

07. COINTELPRO. It is really sickening how the FBI took down the civil rights movement, framed, blackmailed and even killed various leaders.

08. Miscellaneous cold war stuff where the US and Russia nearly started WWIII, nearly nuked their own cities, or the fusion weapons they lost some of which have never been recovered. The craziest thing that might have happened is definitely Project Pluto. A giant nuclear powered cruise missile which would loiter over the oceans for years, waiting and polluting for years while waiting for WWIII. When the call for Armageddon came they would race down to fighting altitude, go supersonic and start automatically dropping thermonuclear bombs on their target list, and once out of bombs crash into another target spreading fallout all over the place. A billion dollars was spent developing this, nuclear engines were made, and worked. Another guy as a concept came up with “salting” nuclear weapons, where a nuclear weapon would have it’s tamper salted in such a way to greatly increase the fallout (such as producing Cobalt 60) to deny use of the area to well… life.

09. General James Wilkinson was the senior commander in the U.S. Army; he spent decades at the highest levels of the U.S. government. He was often suspected of double-dealing, but nothing was ever pinned on him – until decades later, when the United States uncovered Spanish secret archives during the invasion of Cuba in the Spanish-American War.

The highest-ranking officer in the U.S. Army was a Spanish agent, who had tried to convince Kentucky to secede and ally with Spain before the Louisiana Purchase. He tried to give Lewis and Clark’s position to the Spanish so they could “disappear” the expedition. He collaborated with Aaron Burr in trying to create a new empire in the Southwest. One of the worst traitors in American history.

10. Operation Big Buzz, in which the U.S. Government dropped Mosquitoes over Georgia in 1955 in order to test the feasibility of using them to spread yellow fever. Operation Sea-Spray where they dropped an supposedly harmless bacteria on San Francisco in 1950 as a means of to test biological warfare. 11 people ended up being hospitalized with urinary tract infection and one died.