We asked our readers an open question: What quote has actually stuck with you and changed your life? Here are some great responses we got. Here they are. 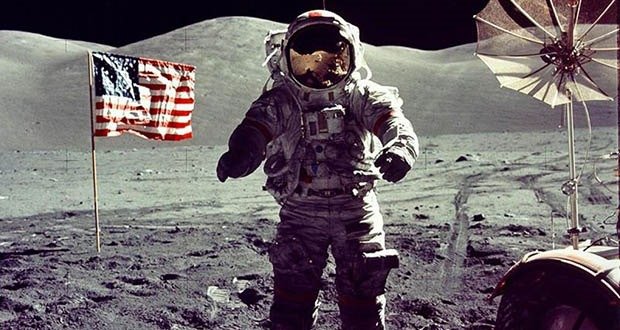 1. Posted by jason hayler. When JFK spoke about going to the moon he said in the speech “We go to the moon not because it is easy but because it is hard” and I think on it when I need to do something challenging or difficult as, nothing worth doing is easy and the challenge of his task and what he wanted is pretty small to what I want to do.

2. Posted by Matt. “What are people for?” – Kilgore Trout. This quote from Kurt Vonnegut may seem cynical at first, but it always drove me to leave bad influences behind me and just be important to the few family and friends I have. As little you think your impact could be to just one person may be the catalyst for someone else to be something greater.

3. Posted by Timothy McClain. There is a book series called the ‘The Legend of Drizzt’ by R.A Salvatore. One quote in the series has always stuck with me. “I am dying. Every day, with every breath I draw, I am closer to the end of my life. For we are born with a finite number of breaths, and each one I take, edges the sunlight that is my life towards the inevitable dusk.” -Drizzt Do’Urden. Pretty deep, huh?

4. Posted by Roman. “You can’t climb the ladder of success with your hands in your pockets.” – Arnold Schwarzenegger. 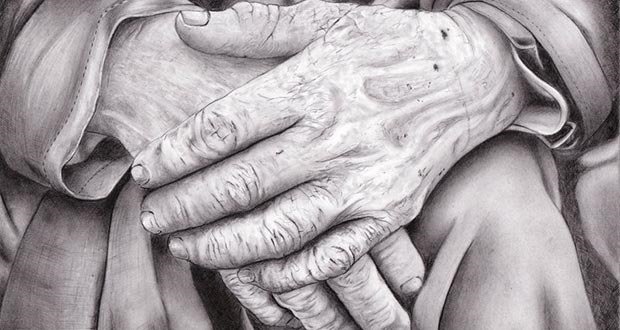 6. Posted by Kent Öberg. Don’t really know if it changed my life, but it’s an important quote for me. Sorry for the long read, but the quote needs context. Way back, when I was just a little boy with a runny nose, I spent a lot of time with my grandparents. I used to help my grandfather out chopping wood, taking care of the garden and stuff like that. After a hard day’s work, I remember sitting on the floor besides my grandfather who sat in his recliner, watching TV. I don’t remember the exact reason why, but I felt the need to ask him when I would become a man. My grandfather turned off the television and sat silent for a while, before he leaned towards me and showed me his hands. They were old, but rough like sandpaper, the hands of a man who had worked his entire life with everything from town smith to logger. And then he quietly said: “A man is what he does with his own two hands.” At the time I thought he simply avoided the question, but now, decades later, I look at my hands, the same hands that have been raising my own daughters, working to support them, and putting food on the table. And I know that I am a man.

7. Posted by Tiberius Invins. “In the midst of winter I found within me an invincible summer.” – Albert Camus. I read this while caring for my extremely demented grandfather and it really just stuck out.

8. Posted by James Dotson. “Don’t Panic.” These words are on the cover of the book “Hitchhiker’s Guide to the Galaxy” and these simple words have helped me to keep a cool head most of the time.

10. Posted by Dion Diamond. My grandmother used to tell me, “Be nice first, because you can always be mean later, but once you’ve been mean to someone, they won’t believe the nice anymore. People always remember the bad, will never forget it and will use it as an excuse to show you their own.” 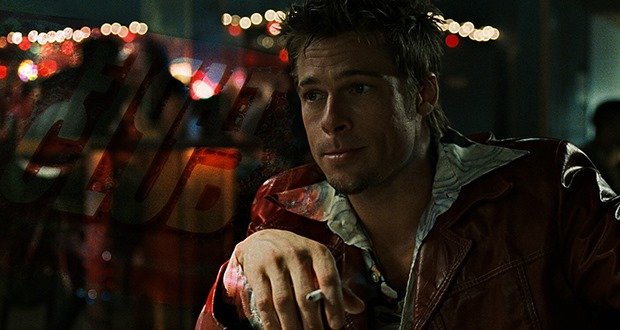 11. Posted by Jay. “It could’ve been worse, a woman could cut off your penis and throw it out of the window of a moving car.”-Tyler Durden. This quote made me more optimistic.

12. Posted by John C. “All you’ll be you are today” from the song Sunshower. If you take it the wrong way it can be a bummer, but to me it meant to stop waiting for the great person you want to be to show up. If you have greatness in you it is already there, and be the person you hope to be. Don’t wait.

13. Posted by Jean-Paul Breyer. A quote that has always made me go forward in life. “What doesn’t kill you makes you stronger.” Whatever I’ve had to go through and the obstacles that I’ve had to hurdle, I’ve always gained in experience. All problems have solutions.

14. Posted by Anonymous. “Do it right the first time”, a simple quote told to me by a former boss. Common sense really but if you apply it to whatever job you do in my industry, construction, then you realize how easy truly it is for contractors to skip corners. I have to barely ever go back to a job, because I think of this quote while doing it. If applied in every field, I wonder how many hours collectively a year would be saved. 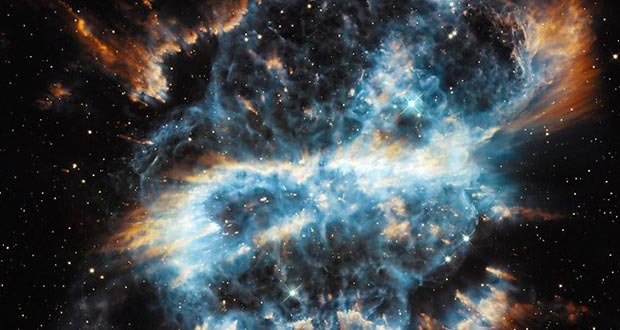 16. Posted by Stephen A. “The most astounding fact is the knowledge that the atoms that comprise life on Earth, the atoms that make up the human body are traceable to the crucibles that cooked light elements into heavy elements in their core under extreme temperatures and pressures. These stars, the high mass ones among them went unstable in their later years, they collapsed and then exploded, scattering their enriched guts across the galaxy. Guts made of carbon, nitrogen, oxygen and all the fundamental ingredients of life itself. These ingredients become part of gas cloud that condense, collapse, form the next generation of solar systems stars with orbiting planets, and those planets now have the ingredients for life itself. So that when I look up at the night sky and I know that yes, we are part of this universe, we are in this universe, but perhaps more important than both of those facts is that the Universe is in us. When I reflect on that fact, I look up – many people feel small because they’re small and the Universe is big – but I feel big, because my atoms came from those stars. There’s a level of connectivity. That’s really what you want in life, you want to feel connected, you want to feel relevant you want to feel like you’re a participant in the goings on of activities and events around you. That’s precisely what we are, just by being alive…” – Neil DeGrasse Tyson.

17. Posted by M.A. “If you can’t explain it simply, you don’t understand it well enough.” – Albert Einstein. I teach adults a trade for a living and work with a fellow teacher who tries to use the biggest words possible, makes everything seem extremely complicated or hard, and over uses analogies and metaphors. He tends to insult a large number of the people in attendance with this method of teaching. So in order to check myself I think of this quote, and do more research in an effort to find better ways to explain concepts without making anyone feel inferior or dumb.

18. Posted by Jeremiah. For me it would be off an old anime. It goes, “dying’s easy! It’s living that’s hard!” It sound cheesy, but that little saying has kept me going through a lot. 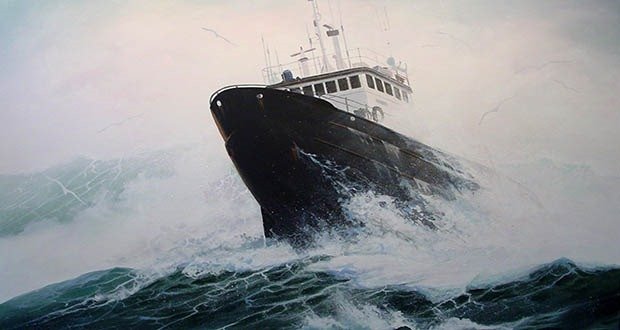 22. Posted by Psyfo. Growing up, my grandma always used to say “they are also God’s people.” She said this every time my siblings and I would find something odd about other people and made fun of them. The one time it really meant something big was when a couple of gay guys delivered a tin of cookies she had ordered from them a week earlier. I remember she was very casual with them and laughed at the jokes the couple made. I expected her, being a God fearing woman, to not entertain gay people as I thought it wouldn’t be in accordance with her religion. So when I asked why she was so friendly to “such people” she said the same thing: “They are also God’s people.” Now I am not religious whatsoever, but that quote reminds me to not judge other people no matter how different they are.

23. Posted by Stan. There’s a quote that goes “If you’re going through hell, keep going.” Many attribute this saying to Winston Churchill although there is some debate. Either way, this quote helped me. There was a time at University where I was isolated from family and friends, going through a break up and had a mountain of work to do. I got through all this looking at this quote everyday hung up on my bedroom wall.

24. Posted by justtroy. “Don’t put your hands where you wouldn’t put your pecker.” I still have all 10 digits.

25. Posted by Arandur. “How lucky I am to have something that makes saying goodbye so hard.” – A.A. Milne. 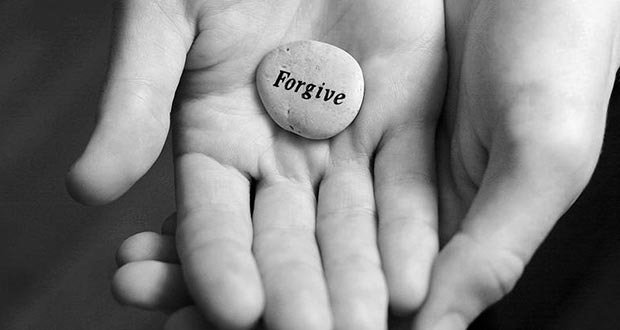 26. Posted by Rainbow Max. “Forgiveness means giving up all hope for a better past.” – Lily Tomlin.

27. Posted by Rob Charities. “Whether you take the jacket off to please them, or keep it on just to spite them you already lost; because you’re doing it for them.” – Quote from the first episode of community, put into perspective how lame it is to seek others approval in everything you do. If you like a certain hobby do it, if you want to wear a crazy outfit wear it, don’t expect anyone else to care though. Do it for you.

28. Posted by Andi Swear. “Be kind, for everyone you meet is fighting a battle you know nothing about.” – Wendy Mass.

29. Posted by Swimming llama. The ending of Bojack season 2: “Every day it gets a little easier. But you have to do it every day. That’s the hard part. But it does get easier.” I’ve never been one to be affected by motivational quotes, but this came just at the right time when I had a lot of days I just couldn’t get out of bed and get started.

30. Posted by baumee. Courage doesn’t always roar. Sometimes courage is a quiet voice at the end of the day saying, “I will try again tomorrow.” – Mary Anne Radmache. I have another one. Today my anthro professor said something kind of beautiful: “You all have a little bit of ‘I want to save the world’ in you, that’s why you’re here, in college. I want you to know that it is okay if you only save one person and it is okay if that person is you.”

AskUs: Have “Oort Clouds” been observed or measured around other stars?