11-15 Short Stories to Mess Your Mind 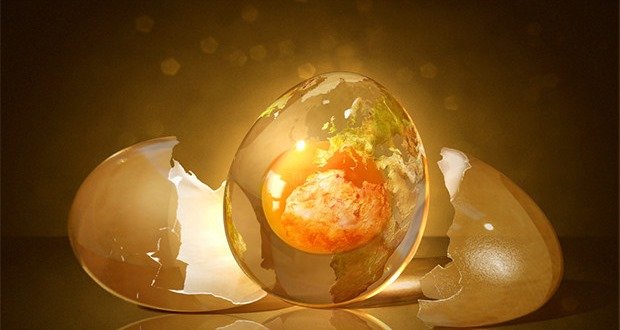 You were on your way home when you died.

It was a car accident. Nothing particularly remarkable, but fatal nonetheless. You left behind a wife and two children. It was a painless death. The EMTs tried their best to save you, but to no avail. Your body was so utterly shattered you were better off, trust me.

And that’s when you met me.

“You died,” I said, matter-of-factly. No point in mincing words.

“There was a… a truck and it was skidding…”

“Yup. But don’t feel bad about it. Everyone dies,” I said.

You looked around. There was nothingness. Just you and me. “What is this place?” You asked. “Is this the afterlife?”

“Will they be all right?”

“That’s what I like to see,” I said. “You just died and your main concern is for your family. That’s good stuff right there.”

You looked at me with fascination. To you, I didn’t look like God. I just looked like some man. Or possibly a woman. Some vague authority figure, maybe. More of a grammar school teacher than the almighty.

“Don’t worry,” I said. “They’ll be fine. Your kids will remember you as perfect in every way. They didn’t have time to grow contempt for you. Your wife will cry on the outside, but will be secretly relieved. To be fair, your marriage was falling apart. If it’s any consolation, she’ll feel very guilty for feeling relieved.”

“Oh,” you said. “So what happens now? Do I go to heaven or hell or something?”

“Neither,” I said. “You’ll be reincarnated.”

“All religions are right in their own way,” I said. “Walk with me.”

You followed along as we strode through the void. “Where are we going?”

“Nowhere in particular,” I said. “It’s just nice to walk while we talk.”

“So what’s the point, then?” You asked. “When I get reborn, I’ll just be a blank slate, right? A baby. So all my experiences and everything I did in this life won’t matter.”

“Not so!” I said. “You have within you all the knowledge and experiences of all your past lives. You just don’t remember them right now.”

I stopped walking and took you by the shoulders. “Your soul is more magnificent, beautiful, and gigantic than you can possibly imagine. A human mind can only contain a tiny fraction of what you are. It’s like sticking your finger in a glass of water to see if it’s hot or cold. You put a tiny part of yourself into the vessel, and when you bring it back out, you’ve gained all the experiences it had.

“You’ve been in a human for the last 48 years, so you haven’t stretched out yet and felt the rest of your immense consciousness. If we hung out here for long enough, you’d start remembering everything. But there’s no point to doing that between each life.”

“How many times have I been reincarnated, then?”

“Oh lots. Lots and lots. An in to lots of different lives.” I said. “This time around, you’ll be a Chinese peasant girl in 540 AD.”

“Wait, what?” You stammered. “You’re sending me back in time?”

“Well, I guess technically. Time, as you know it, only exists in your universe. Things are different where I come from.”

“Where you come from?” You said.

“Oh sure,” I explained “I come from somewhere. Somewhere else. And there are others like me. I know you’ll want to know what it’s like there, but honestly you wouldn’t understand.”

“Oh,” you said, a little let down. “But wait. If I get reincarnated to other places in time, I could have interacted with myself at some point.”

“Sure. Happens all the time. And with both lives only aware of their own lifespan you don’t even know it’s happening.”

“Seriously?” I asked. “Seriously? You’re asking me for the meaning of life? Isn’t that a little stereotypical?”

I looked you in the eye. “The meaning of life, the reason I made this whole universe, is for you to mature.”

“You mean mankind? You want us to mature?”

“No, just you. I made this whole universe for you. With each new life you grow and mature and become a larger and greater intellect.”

“Just me? What about everyone else?”

You stared blankly at me. “But all the people on earth…”

“All you. Different incarnations of you.”

“Now you’re getting it,” I said, with a congratulatory slap on the back.

“I’m every human being who ever lived?”

“And you’re John Wilkes Booth, too,” I added.

“And you’re the millions he killed.”

“And you’re everyone who followed him.”

You thought for a long time.

“Because someday, you will become like me. Because that’s what you are. You’re one of my kind. You’re my child.”

“No. Not yet. You’re a fetus. You’re still growing. Once you’ve lived every human life throughout all time, you will have grown enough to be born.”

And I sent you on your way.

12. Flowers for Algernon.  The story is told through a series of journal entries written by the story’s protagonist, Charlie Gordon, a man with a low IQ of 68 who works a menial job as a janitor in Donner’s bakery. He is selected to undergo an experimental surgical technique to increase his intelligence. The technique had already been successfully tested on Algernon, a laboratory mouse. The surgery on Charlie is also a success, and his IQ triples.

Charlie falls in love with his former teacher, Miss Kinnian, but as his intelligence increases, he surpasses her intellectually, and they become unable to relate to each other. He also realizes that his co-workers at the factory, whom he thought were his friends, only liked him to be around so that they could make fun of him. His new intelligence scares his co-workers, and they start a petition to have him fired, but when Charlie finds out about the petition, he quits. As Charlie’s intelligence peaks, Algernon’s suddenly declines—he loses his increased intelligence and mental age, and dies shortly afterward, to be buried in a cheese box in the backyard of the lab where Charlie was tested. Charlie discovers that his intelligence increase is also only temporary. He starts to experiment to find out the cause of the flaw in the experiment, which he calls the “Algernon-Gordon Effect”. Just when he finishes his experiments, his intelligence begins to regress to its state prior to the operation. Charlie is aware of, and pained by what is happening to him as he loses his knowledge and his ability to read and write. He tries to get his old job as a janitor back, and tries to revert to normal, but he cannot stand the pity from his co-workers, landlady, and Ms. Kinnian. Charlie states he plans to “go away” from New York and move to a new place. His last wish is that someone put flowers on Algernon’s grave.

It’s an allegory about a utopia where life is wonderful, but the cost of the city having that wonderful life is to keep a single child in endless misery. I was about 12 years when I read it, and it marked me permanently. I am still deeply grateful to Le Guin for this story.

14. The Jaunt by Stephen King. Here is the plot summary:

As his family prepares to be “Jaunted” to Mars, Mark entertains his two children by recounting the curious tale of the discovery and history of teleportation. He explains how the scientist who discovered the Jaunt quickly learned that it had a disturbing, inexplicable effect on the mice sent through the two Jaunt portals. The mice would either die instantly or behave erratically before dying moments later. The scientist eventually concluded that they could only survive the “Jaunt effect” while unconscious. That, the father explains, is why all people must undergo general anaesthesia before using the Jaunt.

Mark spares his children the gruesome semi-apocryphal account of the first human to be Jaunted awake, a condemned murderer offered a full pardon for agreeing to the experiment. The man came through and immediately suffered a massive heart attack, living just long enough to utter a single cryptic phrase: “It’s eternity in there…”

Mark also doesn’t mention that since the inception of the technology, roughly thirty people have Jaunted while conscious, voluntarily or otherwise. Each time, they either died instantly or emerged insane. One woman was even shoved alive into eternal limbo by her husband, stuck between two Jaunt portals. Even though his attorneys attempted to argue that he was not guilty on the grounds that his wife was technically still alive, the implications of that argument only served to secure and hasten his murder conviction and execution.

Mark then reveals the nature of why any conscious being goes insane or dies after being Jaunted. It is theorized that while physically the process occurs nearly instantaneously, to a conscious mind it lasts an eternity. One is simply left alone with their thoughts in an endless field of white for what is suggested to be possibly anywhere from hundreds to billions of years. However, the father is careful in his wording to keep from scaring his family.

After Mark finishes his story, the family is subjected to the sleeping gas and Jaunted to Mars. When Mark wakes, he is first aware of screaming. He finds his inquisitive son Ricky’s hair suddenly lengthened and white with shock and cackling like a lunatic. Ricky held his breath while being administered the general anesthesia in order to experience the Jaunt while conscious, and has been rendered completely insane. Ricky confirms the terrible nature of the conscious Jaunt, shrieking “It’s longer than you think, Dad! Longer than you think!” Ricky then claws his own eyes out as he is wheeled away from his horrified family by several Jaunt attendants.

The common interpretation of this is that the Jaunt lasts for a longer time than the father can conceive of.

But there’s an alternate possible meaning: the Jaunt lasts for a longer period of time than it takes to process through every thought in your brain. After you have relived every moment of your short life stored on your memory…after you have reached into the depths of your brain for the words to every song you’ve heard, and shredded every brain cell with meticulous introspection…the Jaunt keeps going. And going. And going.

15. Patient Zero” by Tananarive Due. It is a short story in diary format about a young boy who is an immune carrier of a deadly disease that would be a pandemic if he were released from his hospital isolation. One day he wakes up and, discovering his kitchen emptied and nobody in the entire facility, he goes to his window to see that the town has been evacuated. He breaks out of his home and goes out into the world alone, leaving one last diary entry apologizing for leaving because he knows he’s not supposed to, but he was really hungry and scared.