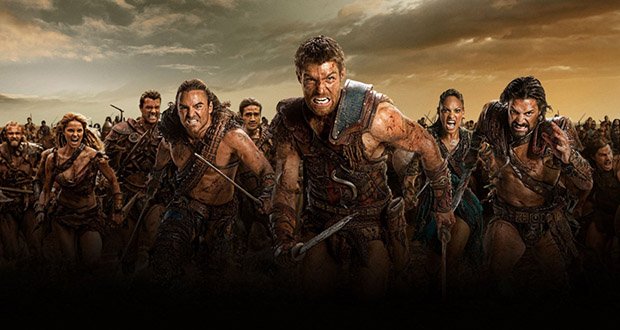 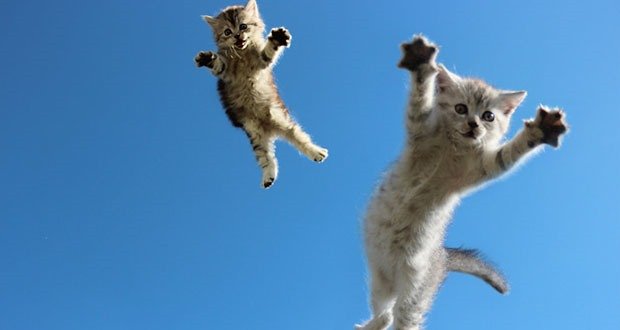 16. Persian leader Cambyses II used cats to defeat an Egyptian army. He had his soldiers paint cats on their shields and brought hundreds of cats and other animals that the Egyptians held sacred to the front lines. The Egyptians refused to fight the “cat army” and were easily defeated because of it. Source. – Posted by Edgar

17. In feudal Japan, an army of samurai once laid siege to a ninja fortress for several months. Sieges take long because, unlike in movies, it usually boils down to the attackers camping outside of the castle until the people inside starve to death. However, the ninjas actually sneaked out of their fortress early on in the siege. A small number of them stayed behind, loaded with a ton of provisions that would last awhile, and made it look like the fortress was full of activity. The main group of ninjas, hiding in the forests nearby, began picking apart the samurai war camp over the course of months. They sneaked in and poisoned communal water and food. They set fire to clusters of tents during a dry summer. They broke the small dam/storage built to hold the army’s sh*t in the latrine system. They placed dead animal carcasses in key points to spread rats and plague. This went on for months, the samurai army rotting away from the inside, camped outside of a virtually empty castle. – Posted by jon

18. A battle from an old Korean-Japanese war.

Alright, so the battle of Myeongnyang. Yi Sun Sin was an admiral until all of this intrigue in the court had him arrested for some non-existing treason charge. Court then tells a guy to replace him and attack some place based on false information fed by Japanese. Guy falls into trap, loses, dies and some hundred ships are destroyed.

Yi Sun Sin is freed because he’s the only guy they can use. He takes the remaining 13 ships. The king orders the navy to dissolve and join the land units since it’s so small. Old Yi here sends him a letter telling him that as long as he has breath, Korea has a navy.

The Japanese sends 133 ships to attack the tiny Korean navy. Yi picks a narrow strait with a fast current to stand his ground. The Japanese ships at this point aren’t as advanced as the Korean ships as they weren’t as experienced in naval warfare. They had a design that was less fitted for turning, they didn’t have many cannons, and they relied mainly on their muskets and boarding for combat. Also, the strait makes sure that the Japanese navy can only come ten ships abreast.

The fast current flowing towards the Korean navy gives the Japanese speed but makes it hard to maneuver. The Korean force fires first, sinking some three or four ships. Then Yi goes out to fight them, but since they’re outnumbered by more than ten times the Korean force is reluctant to join him. His ship stands its ground (water?) by itself for a good while against a ton of ships. One general described his ship seeming like a fortress on water. This went on for forty minutes before Yi raised his ‘charge forward’ flag as a way to kinda tell his commanders to go forward while reprimanding/shaming them. They follow his orders, and there’s a dogged battle for a while. They eventually manage to sink the Japanese leader’s ship, and Yi orders his men to fish the Japanese leader out of the water. They then cut him to pieces on board. The morale swings in the favor of the Koreans. They keep stalling until the tide turns.

The tide turns on the Japanese, their ships get swept backwards and crash into each other. The Japanese are routed and get away with only around ten ships. Not one Korean ship is lost. This is fictional level perfect warfare.

Yi Sun Sin later dies in the final naval battle in the war after he gets hit by a stray bullet during battle. As he dies his last words are

“The battle is in the full of its heat, do not let my death be known.” What a guy. – Posted by Sharramon

19. During WWII, the Nazis had weapons factories being powered by hydroelectric plants upriver. England tried to bomb the dams, but couldn’t get a direct hit. They couldn’t use torpedoes, because the dams had anti-bomb netting. Their engineers designed bouncing bombs that would skip on the water and over the nets before exploding. It was mostly a success, the dams broke and flooded the factories downstream. – Posted by Lou

20. One of the reasons the plague was spread to Europe was because of a battle where the Mongols were trying to conquer this city called Caffa. Their troops were dying due to the plague so they launched the bodies into the city using catapults. I find this interesting because it is one of the first accounts of biological warfare. 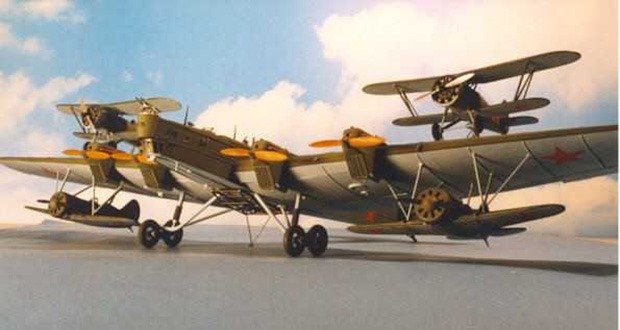 21. One interesting tactic employed by the Russians in the early stages of WWII was the idea of “Parasite fighters.”Basically, smaller fighter aircraft have limited range due to small fuel tanks. Solution? Have a bigger aircraft carry them there.

The Zveno-SPB was a TB-3 Heavy Bomber modified to carry 2 I-16 light fighter aircraft. Arming both fighters with 2x250kg bombs, and having them dive bomb enemy bridges and factories. This had many advantages, such as:

It was used to a degree of success in WWII in this configuration, bombing out Romanian oil fields with concentrated dive bomber strikes. However, that wasn’t all the TB-3 could carry. There were many configurations for the Mothership, such as the Aviamatka or Airborne mothership:

However, despite numerous highly successful raids, there were clear flaws in the design. The TB-3 couldn’t carry more modern fighter aircraft like the Yak-1 or LaGG-3. And the I-16 was starting to show it’s age against the new German Bf-109 fighters. And the TB-3 itself proved unreliable, and vulnerable to attack. Raids using Zveno-SPB carriers ended in 1942, due to high vulnerability of the obsolete TB-3s and I-16s against more advanced German fighters. – Posted by Vertosi

22. The capture of the Dutch fleet at Den Helder might be one of the most ridiculous and effective attacks of all time.

A large number of Dutch warships were docked at Den Helder during a particularly cold winter. Rather suddenly the dock froze over and the ships were trapped. A French cavalry regiment saw this and decided that they would charge the ships, they wrapped cloth around the hooves of the horses to soften their blow against the ice and charged the Dutch as they slept. They took every ship with no casualties.

This is the only instance in history of a cavalry charge against a naval fleet. – Posted by Vertosi

23. Might not be the most interesting in history, but it’s the one I remember, and was unknowingly part of.

During the Bosnian war (1992 – 1995), small but strategically well positioned (Bosnian muslim) secessionist forces aligned with Serbs in order to create a small autonomous province. Local, poorly armed and equipped, Bosnian army forces executed a ‘Trojan horse’ like operation, where the most elite army force tricked the secessionist warlord into thinking that the whole unit is going to desert and join the secessionists, which should have resulted with coup and complete breakdown of surrounded Bosnian army forces in the region.

It ended up with well armed secessionists giving weapons and equipment to ‘rebel’ army forces in order to support the coup, and in turn, army forces partially defeating the secessionists in a series of well planned steps, which included a total radio silence in the major towns, simulation of clashes in the streets, and finally the local radio station in Bosnian army held town dramatically announcing that the coup was executed. 99.9% of local population, including me as a kid, had no idea what is going on. Operation Tiger. – Posted by Pasaran

24. In one of the most twisted head breaking intimidation tactics of all time King Goujian of Yue (496bc-465bc) got a reputation for facing down the opposing army and having the entire front line of his own army kill themselves to freak the opposition out.

I like to believe the way I first heard it – that he used criminals sentenced to die, and that they decapitated themselves. But these two details may actually be a translation error in the original historical account – the proposed alternative is that they were soldiers who were willing to commit ritual suicide and who slit their own throats.

Either way. What a crazy way to send a message that you are way scarier than the enemy. – Posted by Leharen

25. Blitzkrieg doctrine. It completely swept Europe off of its feet. Air formations overhead, bombers and ground attack aircraft destroying enemy armor and key target points, and then ground forces steamrolling through the fields removing any remaining opposition. It was fast, deadly, effective, and it staggered most of Europe within the first stage of WWII. – Posted by Panther

May 13, 2016
Latest Posts
Subscribe to Blog via Email
Did you know?
Loading...
Facts of the Day
Registration is disabled.