Long time ago, we asked our regular contributors through e-mail, What’s the creepiest creature from your country’s folklore? We got many interesting responses. Here are some of them. We have just copied and pasted their responses, not editing them in any way and most of the respondents have requested to stay anonymous, so no names will be published. 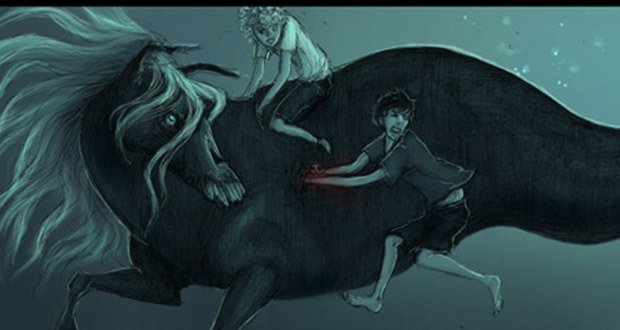 It is a horse that hangs around lakes. If you touch it, you are glued to it. If anyone tries to help you by grabbing you and dragging you away, they are stuck with you. The nykur then walks into the lake and drowns you. Why? Because Nykur exists to fu*k you up.

02. We have a creature called a Kuri. It is known to wait near graves of people who have died on the moor. If you walk passed one of these graves, it will latch on to you.

It slowly convinces you of its existence over the course of weeks, if not months. First, you may hear a faint whisper in your ear. You may dream of it or feel a cool touch on the back of your neck. Over time its presence will start become more known. It will grab your leg in the night, start attacking you in your dreams, transpose its face onto your family members as you’re talking to them.

It will never make itself known to anyone else, making you question your own sanity. It will start talking to you, asking you to go back to the moorland, promising you your freedom back if you do. Eventually, once the mental torment gets too much, you give in and wander back out to the moors. It will keep telling you you’re almost there, allowing you to wander aimlessly around. Eventually, exhaustion will strike you and you will be forced to watch your body succumb to the elements. As you lie there, unable to lift a finger, the Kuri tells you how much it will enjoy dragging your soul to hell. And like that, another grave is created.

I was told this story by a shopkeeper in Dartmoor, UK by the way. There are whole books written on Dartmoor myths and legends; the most famous of which is the hairy hands.

03. In northern Canada, there’s a creature called the wendigo. It used to be a person that once upon a time tainted his/her soul and ate human flesh. The wendigo became so consumed with flesh after that that it became insatiable. All attempts it makes at feeding itself grows the wendigo and doesn’t satiate it. They are said to have eaten their own lips because they just couldn’t resist.

As the legends go, you should be careful while walking the forests. As the wendigo might capture you and eat you. But it won’t just eat you in one go. It’s used to hunger. It’ll keep you alive as long as possible so that it has a food source for as long as it can during the winter.

04. Here in Sweden, I think the two spookiest ones are Näcken, a naked old man that lives in rivers and ponds and plays violin that places you into a trance. He then lures you into whatever source of whatever he lives in and drowns you.

The second one is the Skogsrå, who’d be a lot creepier if it wasn’t for the fact that she doesn’t really do all that much. She looks like a beautiful woman from the front, but her back looks like a rotten treetrunk with a hole in it. She lurks near the edges of deep forests and tries to seduce men. If you treat her well you’ll be bestowed with luck, but if you treat her badly you will be tormented by disease and death.

05. A lot of modern interpretations of Faeries are based off Old Irish folklore and so I have to go with them.

Faeries aren’t whimsical little sprites. They are vindictive fu*ks whose attitude and disposition towards you could change on a whim. Piss off a faerie and chances are you are going to have a miserable life. Though this works both ways, have one in debt to you and you are in mad luck, probably.

Traditionally, they look like you or I. Maybe a bit better looking, dressed better, more charming. Generally, they have a complete disdain for human life, and actively try to harm for amusement. The stranger you meet walking down a dark road and fall into conversation with could be a fairy. I often wonder if they’re a folk explanation for psychopaths. Really fascinating folklore behind these creatures, I advise reading up on them 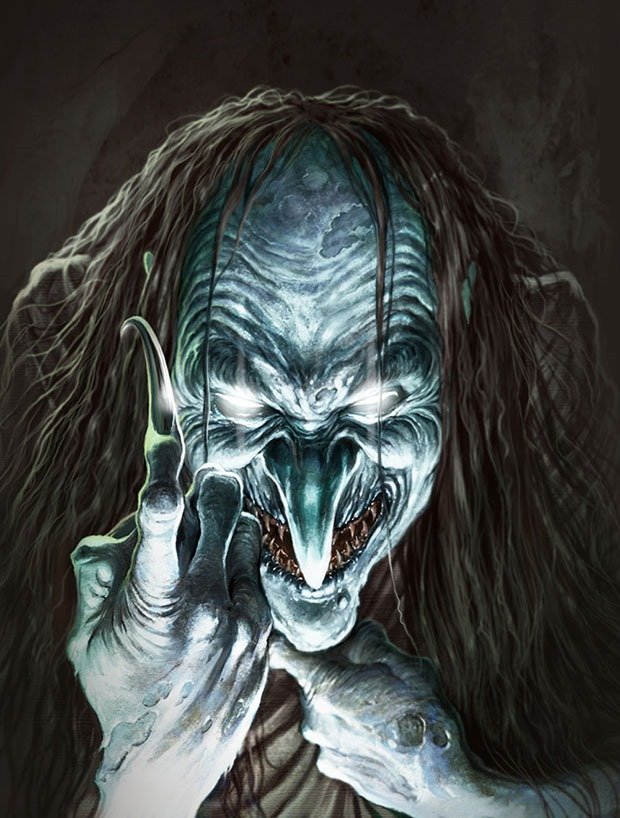 06. Black Annis. In a grim, remote Leicestershire cave hewn with her own scraping, steel-clawed hands, the old crone Black Annis was said to hang the trophy skins of flayed children. A terrifying, lonely creature which lived in the branches of a gnarled great oak- the lone remnant of a long-dead great forest- Black Annis was thought to have been the husk of a forgotten dark Pagan Goddess. This is what she looks like. The above picture is what she looks like.

07. In the American Southwest, there is the Navajo culture’s “Skin Walker”. It’s a person versed in supernatural powers (witch doctors, etc) who have gone an extra step to committing some atrocity, like murder, and thereby gaining the ability to shapeshift into an animal.

08. Drekavac, a creature that jumps on your back and screams. They are said to be unbaptised children. After screaming, it will predict your death or the death of your cattle. Also, it can drive people insane or make them disappear, never to be seen again.

09. In Mexico, it’s the chupacabra. It looks like an oversized demonic chihuahua and it kills livestock and sucks out their blood like a vampire. Every time they find a “specimen” it’s just some poor World’s Ugliest Dog contestant.