Sometime ago we asked our regular contributors through e-mail, What’s the most ‘out of touch’ thing a company has ever done? We got many interesting response. Here are some of them. We have just copied and pasted their responses, not editing them in any way and most of the respondents have requested to stay anonymous, so no names will be published. 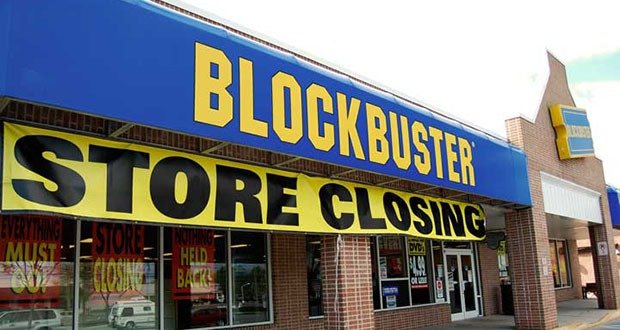 1. Blockbuster laughing in the face of Netflix when a partnership was offered. They really regret that now.

2. Lon Horiuchi was an FBI sniper at Ruby Ridge. He shot and killed an unarmed woman who was holding a baby. This is the only thing he’s known for. Years later, the rifle parts company HS Precision hired him as a spokesman. The response from the gun community was, “You’re…you’re joking, right?”

3. In 2014, the hashtag #WhyIStayed was popular among the domestic violence community. Victims of domestic violence would tweet and use the hashtag to share why they stayed with violent partners rather than leaving. The social media team at DiGiorno, the frozen pizza company, saw that the hashtag was trending, did not look up what it meant, and tweeted: “’#WhyIStayed You had Pizza.” Article about the backlash

4. Nintendo takes down YouTube videos of their games if the channel is getting ad money from it. These are free advertising! Many AAA companies even hand out pre-release copies of their games to YouTubers.

5. Kodak actually invented the first digital camera in 1975 but canned the idea for fear that it would cannibalize film sales. 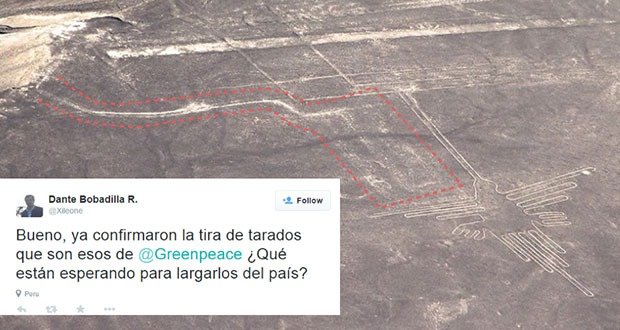 6. Green peace damaged an ancient world heritage site for a cheap publicity photo they could have photoshoped in under 10 minutes instead.

7. Anything that Sears did since the start of the internet. In 100 years they’ll be a case study in business classes about how they got beaten by a bookstore. It’s kinda funny because if any company should have been fantastically good at getting people to order goods from a catalog to be shipped to their door, it should have been Sears. They literally built their business on catalog shopping, so when catalog shopping becomes huge again thanks to the internet, Sears is like “eh, probably won’t catch on.”

9. Comcast recently posted an article on LinkedIn about how to maintain world class customer service.

10. The keurig 2.0 machines that came out a couple years ago, added technology that would have made it difficult/impossible to use third party k-cups and accessories. They basically forced you to buy their cups for whatever they wanted to charge. People freaked out and returned the units en masse and there was a pretty big public outcry. It single-handedly destroyed their stock and all trust in the brand. It took them from $131 a share in Jan 2015, down to $40 in Nov 2015. Total catastrophe from which they never recovered. Keurig is a cautionary tale for any business that thinks they walk on water. If you fu*k your customers over enough, and there is a viable alternative to your service/product, they will abandon you at the drop of a hat. The key being viable alternative, otherwise companies like Comcast would be in the shitter already. 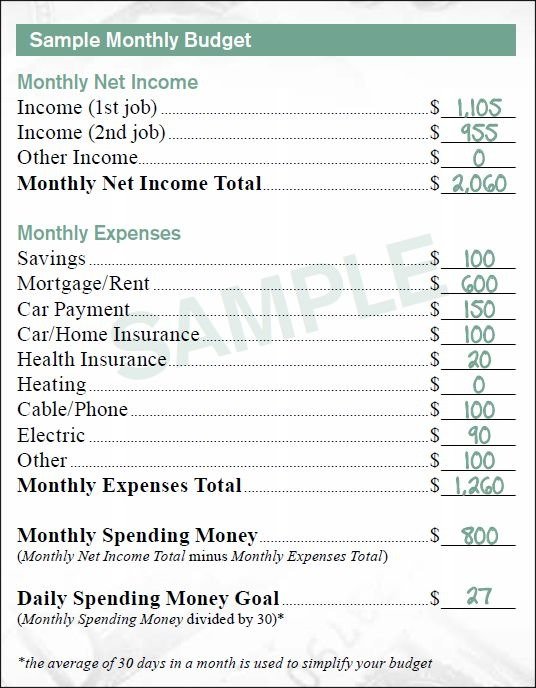 11. McDonalds telling its employees how they can survive on the money McDonalds pays. That’s a train wreck. I’m not sure what is the worst part. Is it the second job income, basically admitting that McDonald’s doesn’t pay enough to survive on? Is it the laughable $20/month for health insurance? Is it that they apparently don’t expect you to heat your house that you magically have only a $600/month payment on? It just gets worse and worse.

13. Paid Skyrim Mods. Lots of companies have done terrible things, but Bethesda and Valve actually thought this was something the community would support. Saying it blew up in their faces is putting it lightly. That sh*t went nuclear.

14. A couple years ago Starbucks started a campaign to get people talking about race relations in the U.S. They didn’t see any sort of problem asking their baristas to have a conversation about the nuances of racial discrimination with strangers who just wanted a cup of coffee. Things got even worse for Starbucks when people realized that the head honchos were all white dudes and like one woman. Twitter sh*tstorm began almost immediately.

15. Always feminine hygiene products with the slogan “Have a Happy Period.” Clearly there were no women involved with this idea. Does your tampon release morphine and THC into my system? Otherwise you’re not making my period happier. 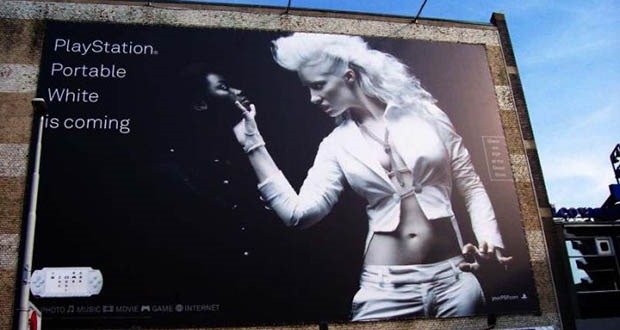 16. When Sony decided that a billboard showing a white model shoving a black model was a good idea to advertise the PSP White.

17. A German company named TrekStor has a line of mp3 players called i.Beat. They have several models suited to different applications like the i.Beat Road, or the i.Beat Move. In 2007 they released a slick, new model and named it the i.Beat Blaxx.

18. The fair and square pricing that Ron Johnson came up for JCPenny. The reasoning behind the ideas seemed good-natured as far as business practices concerned. Sell items at actual value instead of using false and cyclical sale strategies. That means no more deceptive pricing and less mark up. Allow people to return items at any store at any time given that the item condition is still good along with proof of purchase. This tanked colossally. JCPenny hasn’t recovered from this mistake and they eroded a chunk of their public image and business image. This failed because of the psychology of a sale and getting something at a bargain. People want to use that coupon they got in the mail or buy an item they see marked a percentage off the regular price. The prices pretty much stayed what they always were but a lot of people felt like prices increased because they took away their coupons and discounts. A lot of people only went to the store when they had a coupon or when they knew there was a sale. No sales, no coupons, no one went into the store. So overall sales of the company tanked.

19. The Dr. Pepper 10 “it’s not for women” commercial. They did NOT make those anticipating that people would think they were being ridiculously sexist, but they come off horribly.

20. The big 3 auto makers are the prime example. They totally disregarded the Japanese cars. They disregarded rising gas prices and built huge muscle cars while the Japanese introduced small cars. And you know all those great reliability ratings that the Japanese got? They actually thought that their cars were as reliable, but that magazines like Consumer Reports were biased against them. 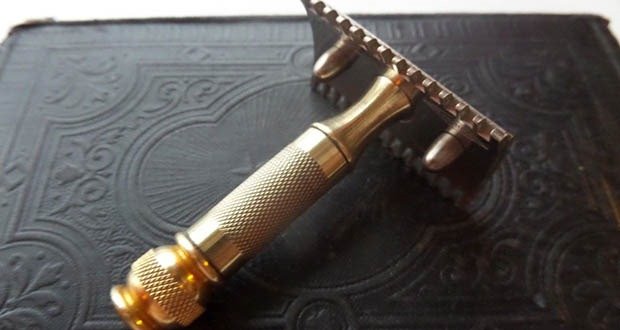 21. In 1915, Gillette introduced the Milady Decollete, the first safety razor marketed to women. In particular, it had a shorter handle that was supposed to be more dainty and ladylike. Unfortunately, Gillette didn’t bother considering the actual mechanics of leg shaving, which requires a longer handle than face shaving. They didn’t try again until the 1963 Lady Gillette, which is the most sought-after double-edge razor for women to this very day, because it was apparently the one time Gillette bothered to notice that legs are longer than faces.

22. 15 years ago, just before Christmas, Swedish real estate company Locum took out full-page ads in some major Swedish newspapers, where the company name was spelled with a lower-case L and the O replaced with a heart, like this: “l❤cum”

23. Inept use of social media produces some gems. Last year, the Mineral Council of Australia ran a campaign about how coal is really cool. Despite widespread ridicule, the Council maintains the campaign “worked”. Similarly, Melbourne Taxis ran an anti-Uber campaign where people could post their “Taxi experiences.” Almost all the stories were like “I was raped/groped, taxi never came, etc.”

24. Target assumed they could open a ton of locations in Canada, have empty shelves and still expect to be profitable. There were a handful of test stores open for 2-3 years but most stores were open for less than a year.

25. Is the U.S. Army a company? They fielded a recruiting commercial in which a recruiter was talking with a young woman who was concerned how her family would react to her enlistment. The recruiter convinces her to talk to them, and the commercial ends with her saying, “I’ll take a shot at it.” That one went off the air pretty quickly.