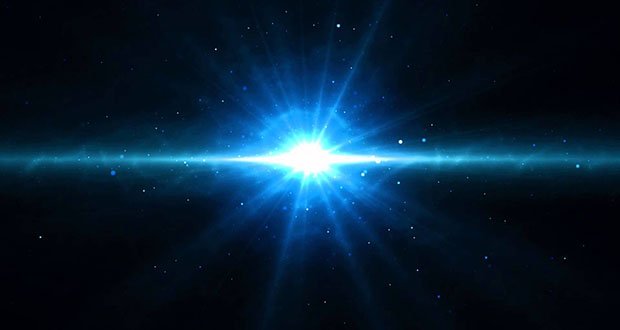 So one of our readers asked us this question the other day: After the big bang, why didn’t the universe re-collapse under its own self-gravity?

In the initial stages of the formation of our universe, everything exploded apart. But why didn’t gravity cause everything to collapse back in on itself? Did everything explode so far apart that the metric expansion of the universe was able to become more significant than the force of gravity?

It certainly slowed down under its own gravity, but not enough to recollapse.

There’s a very simple (and almost exact) analogy. Let’s represent the Big Bang by launching a rocket. For our purposes, it isn’t propelled at all after the moment of launch, but of course, initially it’s shot up at some very high speed. Your question is exactly analogous to asking why the rocket didn’t fall back down to the Earth.

The answer is that the rocket was launched with an initial speed greater than or equal to the Earth’s escape velocity. As the rocket moves up, gravity does slow it down, but gravity also gets weaker. Escape velocity is the speed where gravity weakens more quickly than it can slow the rocket to a halt. So even though the Earth’s gravity is certainly slowing it down as it goes up, it never slows it down so much that it stops and falls back down to the ground.

We can map this answer directly onto the expanding Universe. Why hasn’t it recollapsed under its own gravity? Because even though the gravity of all the matter and energy in the Universe does cause the expansion to slow down (or at least did, until recently), it was initially expanding so quickly that, like a rocket moving up at escape velocity, it never slowed down quite enough to stop and recollapse.

1) It turns out that our Universe is actually at “escape velocity,” at least to within two decimal places. This is more commonly cited in geometric terms, when we say that the Universe is flat, which is another way of saying the same thing. A flat universe is usually one which is always slowing down towards zero expansion rate, but never quite reaching it. Why did I say “usually?” Because it turns out that our Universe today doesn’t quite behave like that…

2) Some people will probably bring up the fact that right now the Universe actually isn’t slowing down, but rather is speeding up, which changes this picture slightly. It means that the escape velocity is calculated a bit differently, because there’s actually a point where the Universe is so big – or equivalently, the rocket is so high up above the Earth – that gravity actually switches from being attractive to repulsive. At that point, clearly recollapse becomes a non-issue. But even if there were no dark energy causing the acceleration, all the preceding discussion would still be true. Point 1) in particular would still apply; we’d have a decelerating Universe moving at exactly the escape velocity.

Stephen Hawking says that the rate of expansion was essentially “just right”. If the universe had expanded a millionth of a percent slower/faster, it would have just collapsed on itself. Faster and it would have expanded so quickly that no particles would have collided to form larger structures. This really boggles my mind. Doesn’t that mean that the universe could have essentially just been an accordion (expanding and collapsing rapidly) prior to the “successful” big bang? or Maybe there were many Big Bangs before in which the universe expanded too fast to form anything meaningful?

AskUs: Why are most space images "colorized"?

AskUs: What made China and India the most populated countries in the world?