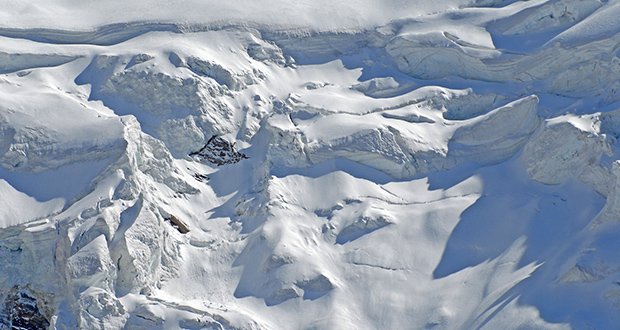 So one of our readers asked us this question the other day: Are there any folk tales or legends that might be cultural memories of the last glacial period? The last glacial period ended in about 10,000 BC, which is very ancient in historical terms, but considerably younger than still-existing Australian Aboriginal cultures, for example. Do we know of any ancient legends, folk tales, motifs, etc, that can be reasonably associated with knowledge of an ice sheet in an area where there is currently none?

This is a report that describes an analysis of indigenous Australian oral tradition that may (emphasizing MAY) refer to rising sea levels at the end of the most recent glaciation. It is an interesting approach that exploits a unique situation: because aboriginal culture remained in Australia unaffected by outside influences for so long, it is possible to look for these sorts of long-term cultural memories.

The local natives of Newfoundland called the Mi’kmaq, have a legend of their god, Glooscap, getting angry at a beaver for making a giant dam. Glooscap smashed the dam, and the Bay of Fundy flooded in. This is just one of the many legends around there, but quite interestingly recent geophysical data, spurred by ongoing interest to harness the bay’s tidal energy, has unearthed several distinct glacial formations in the bay (long flooded over), including a rather large terminal moraine. That’s a big pile of gravel and clay pushed by a glacier, and they can dam things up quite well.

It would have been present long after the Laurentide glacier retreated and the Mi’kmaq likely would have noticed it (they have some deliciously detailed stories that tie into geological phenomena!). It may have broken as sea level rose, and, if so, that would have been a spectacular flooding event. – Source

It is much more problematic to seek this sort of insight in cultures that are more “churned up” by the movement of people and oral tradition. I know of no analysis of European folklore along this line – certainly nothing that can be regarded as credible.

If there was cultural tenacity in Northern Europe, we might expect a recollection of Doggerland, for example – referring to the North Sea land that was once apparently inhabited but which flooded during the gradual rise in sea levels at the end of the glaciation.

Why didn’t Europeans recall this in their pre-industrial folklore? The answer is not entirely clear, but I suspect that it has a lot to do with how Northern Europeans were often on the move, that they lost touch with the earlier culture that retreated to high ground and asked themselves, “what was all that about?” Those people were washed off by repeated influxes of other people, languages, and cultures. Their DNA may persist in part (together with that of a lot of other people who generously shared their genetic information), but DNA does not equal language, culture, or folklore. Change has been a dominant factor in the European experience, and although one should not ignore cultural continuity (since there is always a fair amount of that also), change is not conducive to long cultural memories.

AskUs: Why isn’t it possible to simply add protons, electrons, and neutrons together to make whatever element we want?