So one of our readers asked us this question the other day, Are things like peanut butter, cream cheese, jellies etc. considered a liquid or a solid?

Each of the things that you mention are colloids, which are relatively stable mixtures of multiple substances. Peanut butter is a suspension of peanut solids in oil; jelly is water suspended in either pectin or gelatin (depending on your definition of “jelly”). 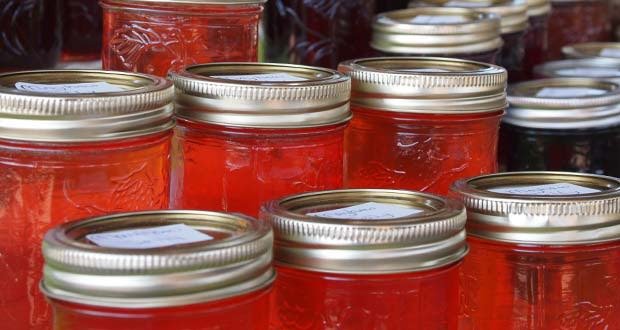 Cheese is made by adding enzymes to milk, which causes it to curdle, taking a form kind of like watery cottage cheese. Then the solids get strained out and smooshed together. Cream cheese is just a form of fresh cheese, with a particularly high fat content. It has a spongy, aerated texture, but from a physics point of view, it’s just regular old cheese.

Apparently cream cheese is a difficult product to make in a way that has a stable shelf life without making it taste like sh*t. There’s a difficult balance of acids, fats, salt, and stabilizers that give Philly cream cheese the flavor it has as well as ability to be mass produced, and it is hard for competitors to do the same thing. 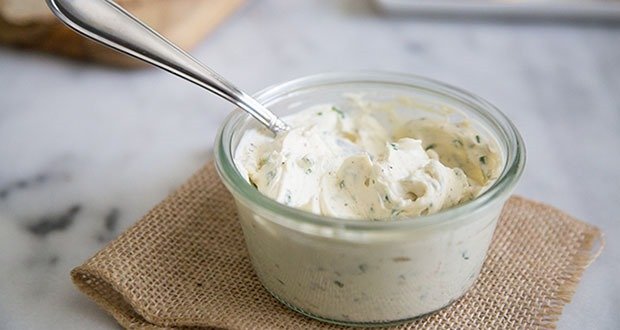 Scientifically, it’s one of the trickier dairy products. In their natural state, the protein molecules in milk have a negative charge, so they repel one another – that’s what keeps milk liquid. To solidify it (that is, turn it into cheese), this repellency must be overcome. Makers of cheddar and mozzarella usually rely on enzymes in rennet – a substance derived from the stomach lining of young calves – to attack the protein molecules and shear off the section bearing the electrical charge. Cream cheese is the result of a more technical procedure. Acid-secreting bacteria are added to the milk, and the decreasing pH flips the charge of some of the milk’s proteins. The positively charged molecules attract the negatively charged ones, coagulating the liquid and eventually turning it solid.

The key is getting the cheese to an isoelectric state – the point at which half of its proteins are positive and half negative. Left alone, the bacteria will continue producing acid, giving all the molecules a positive charge and turning the mixture back into a liquid. To stop the acidification, the cheese is heated until the bacteria dies. The cheese maker has to anticipate the isoelectric state and kill the bacteria at the right time. Research has demonstrated that variations in flavor and texture are largely determined by subtle changes in the timing of this process. Cream cheese also has a higher fat content than most cheeses, and since fat repels water, additives such as guar and carob gums are introduced to bind the water. Without these so-called stabilizers, water tends to separate from the cheese, leaving a hardened gel.

AskUs: How did humans lose the ability to create concrete after the fall of Rome?