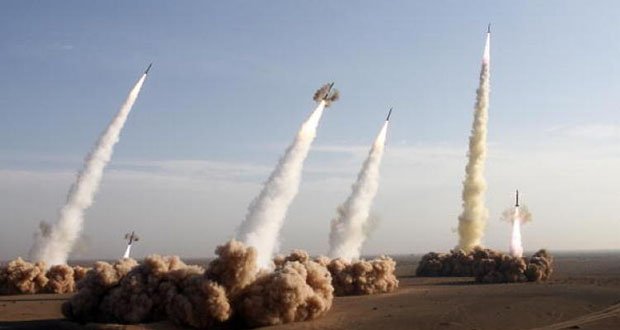 So one of our readers asked us this question the other day: We hear a lot about single Soviet officers who prevented nuclear weapons from being fired during the Cold War. Are there any times that the US (or another western nation ) almost launched nukes and was stopped by a single person?

Overall it was harder for similar incidents to occur in the US as the command structure was different. The Soviets had rest independent launch capabilities with the military as opposed to POTUS. There were incidents where US military was suddenly on alert over false reports or glitches. (Note: during none of these was the nuclear “football” ever activated).

On November 24th, 1961 Strategic Air Command had a communication failure with the three Ballistic Missile Early Warning Sites or BMEWS. Thule (Greenland,) Clear (Alaska,) and Fylingdales  (England,) all lost contact with SAC, leaving them with two possibilities: enemy action (either cutting off communication or the BNEWS site had been taken out) or some sort of coincidental failure of the redundant communication systems at the same time. SAC ordered bases on alert with B-52 on stand by. Eventually the command made contact with a B-52 that was on airborne alert near Thule which managed to contact the base via radio confirming there had been no attack. As it turned out all of the communication lines ran through a single relay station which had overheated.

In November 9, 1979 at NORAD HQ, SAC Command Post, The Pentagon National Military Command Center, and the Alternate National Military Command Center the display systems all showed incoming nuclear missiles. The Duty officer at NORAD contacted PAVE PAWS (radar) to find that no early warning radars had picked up incoming or had any of the US satellites. The cause was later determined that an exercise tape had been placed in the computer system. The officers in command at the time (especially in regards to the NORAD OIC) managed to call off the alarm in 6 minutes. This incident led to the creation off-site testing facility so any test wouldn’t cause this again (this was after a Congressional hearing and GOA investigation recommended the move).

On June 3, 1980 single computer chip failure in the command system had random 0’s display as 2’s, thus showing that 2 missiles had been fired, then 200, etc. while precautions had been taken just in case (readying Minuteman missiles, bomber crews prepped for take off) it was not taken as seriously as the year prior due to the random numbers received and that all the commands were getting different displays.

On October 25, 1973 in response to intelligence that the Soviets were planning to intervene in the Arab Israeli conflict as the cease fire failed Nixon moved US force to DEFCON 3 as a show of force hoping to back the Soviets down. During this mechanics repairing one of the Klaxons (the sirens) at Kinchole Air Force Base accidentally activated the whole base alarm system. In response to the alarm B-52 crews rushed to their aircraft and started the engines. Once again it was the duty officer who recognized that alarm was false, cancelling the alert and recalled the crews before they took off.

There were several close calls on both sides during the Cuban Missile Crisis, two resulting from false alarms from Moorestown indicating ICBMS over the US due to a different test tape. In both cases the NORAD OIC waited until the expected nukes had gone off (they were reported over the US already and it limited numbers) and saw that they were false. In another case a bear tripped an alarm at a USAF base casing a intruded alert and near scramble, while in another a Soviet Satellite blew up.

AskUs: Why is AC better than DC current?

September 1, 2016
Latest Posts
Subscribe to Blog via Email
Did you know?
Loading...
Facts of the Day
Registration is disabled.