So one of our reader asked us this question the other day: Did Japanese military and political leaders during WW2 realistically believe that they could conquer and hold China, hold most of South East Asia, and defeat the U.S in the Pacific? If so, what was their reasoning?

The short answer is yes, they did think all that. Or most of it, outright conquering most of China wasn’t really part of the plan.

The key word here is autarky. At the end of WWI, the leaders of the Japanese Empire was stunned by the defeat of the Prussian forces and the Central Powers in general. Analyzing things they reached the conclusion that one of the critical, and new, factors was the fact that WWI was a WORLD war and that unlike in prior wars where the various neutral powers had made loans and sold supplies to various sides, in WWI the Central Powers had been choked off from the necessary war making supplies due to the fact that most other powers had either picked a side or had remained neutral in a new way that included not making loans or selling supplies.

There was, therefore, a large faction in the Japanese leadership strongly advocating for autarky, the expansion of Japan’s sphere of influence and control until it directly commanded all of the necessary war making materials and was not dependent on foreign trade to import the necessary goods to continue a war. Petroleum was high on that list, but making war then also needed rubber, tungsten, manganese, and a wide variety of somewhat scarce materials that simply did not exist in any quantity in the Japanese islands. 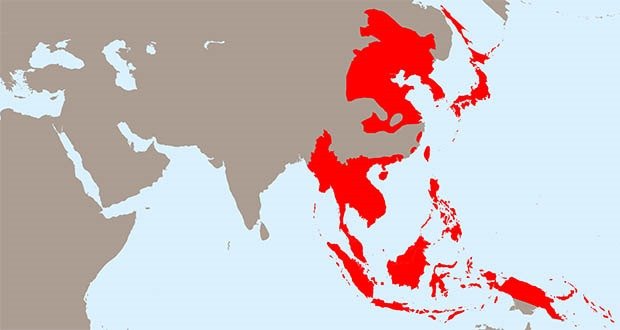 Japan was also looking at the world through the lens of colonialism, and saw their natural sphere of influence as being East Asia and the Asian Pacific. The European colonial powers were viewed as interlopers who needed to be evicted so that Japan could take their place. Their reasoning was that Europe should colonize Africa, and America colonize South America, and leave East Asia for Japan to colonize.

Japan already had most of Korea and large sections of North East China. Their goal was not so much to actually own outright the South Pacific and the rest of China, but to take over the colonial quasi-ownership that the European powers had put in place there. Korea and Manchuko were planned to be directly colonized by ethnic Japanese moving in and remaking the native cultures into something more Japanese, not so much the rest of the Empire.

As for the US, Japan’s plan was influenced both by cultural attitudes and their own history.

For this we need to go back to the Russo/Japanese war. Russia had taken Port Arthur (now Lüshun City), then as now an essential railhead and deep water port. Japan easily defeated the small Russian naval force and besieged the city in what was really a precursor to WWI complete with godawful static trench warfare, massive casualties for minuscule gains, and all the other things that made WWI so horrible.

The Russian Empire decided to send the Baltic Fleet to break the siege, a decision complicated by the fact that the Russian Empire was then fighting the British Empire and couldn’t take the Suez Canal. It took nearly a year for the Baltic Fleet to get all the way to Japan, and the plan was to run the strait of Tsushima up to Vladivostok and get in some maintenance, repair, resupply, and R&R for the sailors before heading back out to engage the Japanese near Port Arthur.

Instead the Japanese Navy (mostly by incredible good luck) caught the Russian navy in the strait of Tsushima and defeated them in the single most one sided naval victory that has ever taken place. Japan lost three torpedo boats while sinking six Russian battleships and fourteen other ships, capturing seven Russian ships, and seeing a tiny handful flee, broken, to Vladivostok.

Shortly afterward, deciding basically that Port Arthur wasn’t worth the trouble, the Tsar made peace on favorable terms with the Japanese. That was what Japan was looking to duplicate with America. They didn’t want to, or plan to, fight an extended war with the USA.

Japan’s leadership knew that America’s main interests and sympathies were in Europe, they knew that FDR was desperate to get into the war on the UK’s side and fight against Hitler, so they hoped that a show of strength, a quick decisive battle that devastated the US navy as they had devastated the Russian Baltic Fleet, would convince America to do as the Russians had done and basically pull out of East Asia and leave Japan to solidify and expand its colonial possessions there, thus achieving autarky and finally being safe from foreign attack.

With the US out of the picture and the other European powers fighting among themselves, Japan intended to evict the Dutch, French, Germans, and so on from their various East Asian colonial possessions, take over the administration of those possessions, and thus gain the materials produced there.

Rubber was not only necessary for tubing and tires, but also consumed in various industrial processes (today we use synthetic products and not so much natural rubber for the same processes), over 100 pounds of rubber were simply used up in making the parts needed for a tank, for example. Manganese is critical for producing steel in any quantity. It only takes a kilo or so per ton, but without that kilo of manganese you get a spongy mess of useless crap, not useful steel. Tungsten is necessary for hardening steel to make metal cutting tools, armor, armor piercing shells, and more.

All those materials came from either China, or the South Pacific. There are no useful sources of any in either Japan, Europe, or the USA. There’s also sources in South America and Africa, but they weren’t very developed when WWII started, and one of the big projects that doesn’t get a lot of attention was the US development of those sources during WWII so they could keep the factories going.

AskUs: How did people in the Middle Ages and earlier deal with Down Syndrome and autism?

AskUs: Did the Roman military have R&D department for developing new weapons?