So one of our readers asked us this question the other day: I’m sitting here eating chips. Did the people of the Roman empire have an equivalent of such snack foods?

It depends who you are talking about in the Roman Empire. The wealthy could eat basically anything they wanted or that sounded exotic; from sows womb to sea urchins. While the poor mostly ate puls (a wheat/farro/emmer porridge), bread required an oven which most did not have access to. Commonly three meals were the norm rather than snacking.

If they were to snack they would most likely eat something like olives, fruit, eggs, nuts, or bread. “10% of the population of Rome was upper class, for whom breakfast in the morning and dinner in the evening were the main meals eaten at home. Lunch was lighter, often bought from street vendors. Breakfast was often left over cheese, olives, and bread. Lunch was called prandial and might be followed by a visit to the public baths. Dinner was cena if with family; if with guests it was more elaborate with additional courses like appetizers and deserts; it was called convivium.” Source: Shelton, Jo-Ann. 1998. As the Romans did: Sourcebook in Roman social history. (New York: Oxford University Press.) Pg. 84 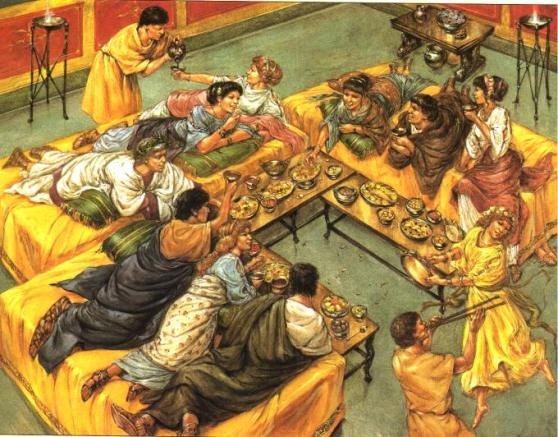 Snacking required money which most did not have. The wealthy would eat so lavishly we can hardly imagine it. In a letter from Pliny the Younger to Septicius he explained what their previous dinner was, “My kitchen staff had prepared one head of lettuce for each of us, three snails and two eggs each, barley soup along with mead and snow, olives, beets, cucumbers, onions, and a thousand other items no less sumptuous….also oysters, sow’s wombs, and sea urchins.” Source: Shelton, Jo-Ann. 1998. As the Romans did: a sourcebook in Roman social history. New York: Oxford University Press. Pg. 83

Even MORE lavish still: One example of a very exotic dinner would be this menu: “For hors’d’oeuvres sea urchins, as many raw oysters as they wanted, palourdes, mussels, thrushed under a thatch of asparagus, a fattened chicken, a patina of oysters and palourdes, black piddocks, white piddocks. Then more mussels, clams, sea anemones, blackcaps, loin of roe deer and wild boar, fowls force fed on wheat meal, Murex trunculus and Murex brandaris. The dinner was udder, the split head of a wild boar, patina of fish, patina of udder, ducks, roast teal, hares, roast fowl, frumenty and Picentine loaves.” Source: Dalby, Andrew. 2000. Empire of pleasures: luxury and indulgence in the Roman world. London: Routledge. Pg. 248 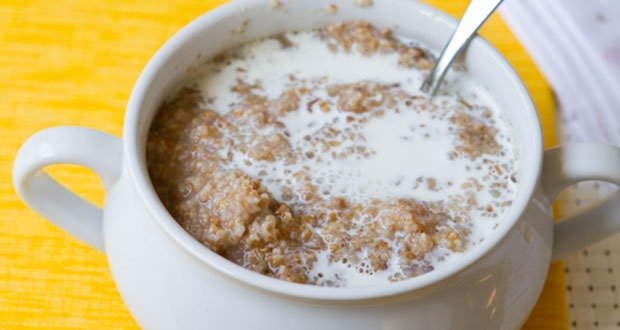 If the poor really wanted to snack, they would most likely just eat puls, “emmer porridge, rather than bread, was the staple of Romans for a long period…Romans were so much more interested in moderation that they consumed more puls than bread.” Source: Purcell, Nicholas. 2003. “The Way We Used to Eat: Diet, Community, and History at Rome”. The American Journal of Philology 124 (3). The Johns Hopkins University Press: Pg. 333.Free online read.

Most Romans ate lunch at a taberna (a kind of food stand) or thermopolium (hot food stands). Basically these stands were ancient fast food.

Here are some Ancient Roman recipes from Roman historian Apicius, if anyone wants to make some at home

AskUs: How did the African slave trade affect Africa’s culture and population?

AskUs: Why is 70-75% alcohol a better antiseptic than that of a higher concentration?