So one of our readers asked us this question the other day: Did the Roman military have anything like an R&D department for developing new technology, weapons, or equipment?

You’re probably thinking of what everyone thinks about when they think Roman Army. Legionnaires, armed with Lorica Segmentata, Gladius, Scutum and etc, (The latter two simply mean sword and shield in Latin, but have become associated with the specific arms in the modern age) but I’m going to range a bit more and even move into the Byzantine period, because it may be helpful to talk a bit about the development of the Roman army and its style of warfare in answering this question. 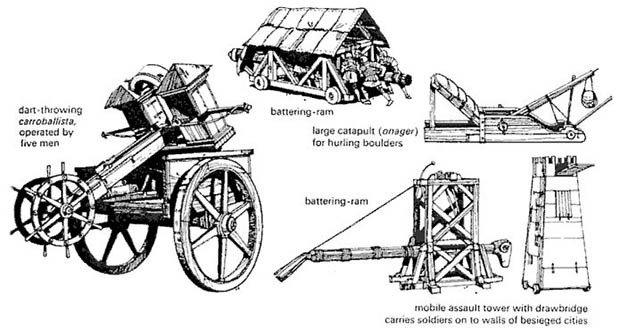 While the Roman army was famously adaptable, and used many different sorts of weaponry, I have come across no mentions of any sort of focused attempts to improve the quality of equipment in the sort of way you might see with military R&D in the modern age. While the equipment, techniques and tactics of the Roman military evolved over the years, the changes were more like the natural phenomenon of evolution than focused R&D. They absorbed tactics, utilized new equipment as it was developed or encountered and changed their methods as old ones were found inadequate to new situations, but when there were focused attempts to reform the army, (The Marian Reforms, for example) they were generally the efforts of one or a few men over a short period of time, rather than the sort of consistent, self-sustaining effort we see in modern science. To illustrate this, I’ll give a few examples of some of the changes the army underwent in its 1000+ years of operation. 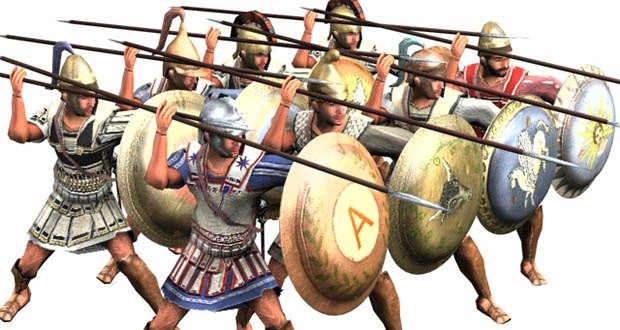 The earliest accounts of the Roman army have them fighting in the Greek style, with levied hoplites as the main power of the army. While accounts are inconsistent as to precisely when, or against who (Possibly either the Gauls or the Samnites) the Romans made the change to the Manipular system, but the consensus is that it was for tactical reasons. The Greek style phalanx, while excellent from the front on flat ground, was serving them poorly in the hilly terrain of Italy against enemies who had no intention of fighting like Greeks themselves, and were happy to exploit that terrain to break up the Phalanx. (The Romans themselves would use similar methods when fighting the Macedonians years later) The maniple was adopted in response to tactical failings, but it would then go more or less unchanged for a further two centuries, until the Marian reforms. 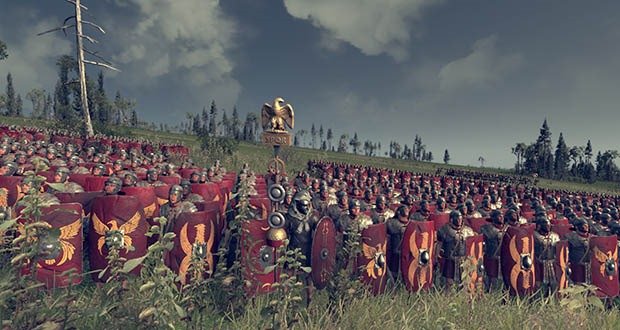 Jumping forward to the famed Legion of Cohorts, while it was an adaptable force, post-Marius there doesn’t seem to have been a conscious effort to push it forward in terms of equipment. If you look, for instance, at the legionaries depicted in Trajan’s column, they don’t seem to differ much from the forces deployed in the campaigns of Julius Ceaser, a century and a half earlier. One thing that would have changed is an ever growing use and importance of non-roman troops both as Auxiliaries and in later periods in the Legions proper. This contributed to a further decentralization in fighting style, as many non-romans would continue to fight in the style of their people, rather than adopting the methods of the legion. This, in fact, made them quite valuable for plugging holes in the roman fighting style. Much of the Roman skirmishing force and cavalry was auxiliary in this period, though they did also serve as heavy infantry.

Many of the changes in equipment and fighting style in the later roman period were not necessarily improvements, and certainly weren’t the result of centralized study. Rather, they were a response to the changing fortunes of the empire, which no longer had the money, political stability and manpower to support the legions of old in the numbers necessary to hold back the enemies of Rome. We see a shift to scale and lamellar armor in this period, away from plate, not because it was more protective (it probably wasn’t) but because it was cheaper and easier to produce and maintain, making it more attractive to roman coffers drained by financial collapse, inflation/debasement, and raiding. (Some have argued that only frontline soldiers would have heavy armor at all, though this is most likely no more than situationally true.) Also, longer swords like the Spatha tend to replace shorter Gladii, again, not because they were better (Evaluating swords even today is messy business, and the question “Is this a better sword?” is generally best met with the reply “Better for what?”) but because they were more in the style of the Germanic soldiers that began to fill the Empire’s ranks as plagues and warfare drained traditional supplies of manpower.

Shifting even later, the Byzantine Army underwent many changes in its time, again, as a response to the changing fortunes and enemies of the empire. They adopted horse archers, and many of the tactics of the steppe forces that were so successful against Rome’s heavier legions. They avoided the pitched battles that were so common in Roman times, because their smaller, poorer and more heavily beset empire could not afford to wager armies in pitched battles the way the Empire could in the 1st or 2nd Centuries. Always, though, these changes were not as a result of the conscious study or development that we conceive of when we speak of modern military science. Rather, it was an amorphous, naturally occurring progression, composed of individual reforms, gradual changes and adaptation in the face of changing enemies and changing fortunes.

AskUs: Some interesting facts about wine that you haven’t discussed before?