So one of our readers asked us this question the other day: In Smedley Butler’s famous essay “War is a Racket”, he asserts that 21,000 new millionaires and billionaires were made over the course of WWI. Is this true and can we accurately attribute it to the war?

When I saw the question I thought that it would most likely be that Smedley Butler got that figure from income tax returns. Sure enough, the sentence following the mention of “21,000 new millionaires and billionaires” clearly states that that was how “many admitted their huge blood gains in their income tax returns”.

So Butler’s figure comes from data that isn’t limited to what you might think of as war profiteers. Rather, the data set is all Americans that filed income taxes. Butler calls this wealth accumulation “blood gains” but much of even the increased trade with the combatants would have been food and raw materials or other goods, with munitions being only a portion of it.

Butler’s thesis is attempting to establish the motive that the elites intend to push countries into wars because they profit from them. However, what Butler’s statistic actually shows is not that revealing, but is something that many economists have known for a long time: government spending boosts economies. If you took all the fighting, killing, destruction, oppression, hate, and sorrow out of warfare, all that would be left is massive government employment and spending. The military pays its soldiers wages and its supplier’s invoices, and in turn, those soldiers and suppliers then have money to spend on goods and services, and that money spent goes into someone else’s pocket, and then into someone else’s, and so and and so forth. This is the multiplier effect of government spending. A dollar spent by the government, generates more than one dollars worth of economic activity beyond the direct initial payment.

In WWI, the US spent the majority of the war on the sidelines, exporting goods and lending money to friendly nations that were embroiled in the conflict. Even after joining the war, it was never exposed to the destruction that befell Germany, France, Russia, Austria, and other countries where the war was fought on their soil. So the impact of the war on the US economically was actually quite favorable. Not only did US businesses benefit from US military spending, but also in trade with other nation’s whose governments spent heavily in their war efforts.

Of course, you don’t actually need a war to get that kind of economic stimulus, just look at the US’s modern military spending. In 2009, US domestic defense spending was 3.8% of GDP. In not one of the 50 states is defense spending less than 1% of the state GDP. In many congressional districts, the economy lives or dies by the defense jobs that their congressman protects from budget cuts. Obviously national security, preparedness, and relative power are all motivations for US defense spending, but I’m not sure what portion of the real reasoning are those and what portion of it is just a massive jobs program. 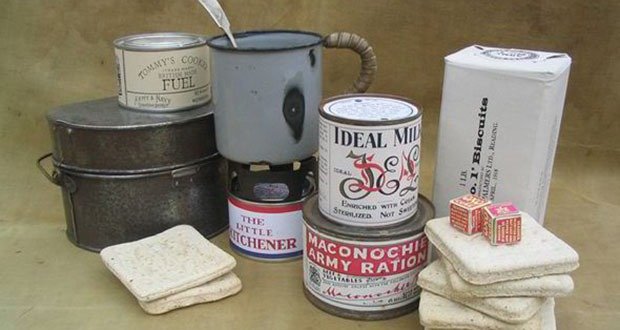 You could look up the “Goulash Barons”, (also known as “Minute Millionaires”) in Denmark during WWI. Denmark, as a neutral nation state that experienced a raging economic boom during WWI due to food supply agreements with both sides of the war. “Goulash Barons” were typically seen as “nouveau riche” and looked down upon by the established upper class. To try and visualize the actual magnitude of the economic boom: The number of factories that produced canned meat products exploded from a mere 21 to 148 over the course of the war, which was in response to an export demand 50 times higher than pre-WWI.

The Goulash in question was often made of the least valuable pig meat, entrails, tendons, behinds, legs and faces etc. And was pretty much made at lowest possible cost for highest possible profits. Ultimately Denmark earned the nickname “Germany and England’s Breadbasket.” Danish supply missions did end up costing 275 Danish ships, and 722 sailor fatalities. Many did manage to acquire a considerable wealth, although some of the more prominent “Barons”, like Harald Skovby Plum, ultimately backed the wrong buyer, in his case: the Tzar´s Armies in Russia, and consequently went bankrupt due to the Russian Revolution. He ultimately ended up killing himself in 1929.

After the war the “Goulash Barons” were openly frowned upon, being seen as little but two-faced profiteers of other’s misery. Today, you can find such relics for sale on Ebay as memorabilia plates with rude caricatures of “Goulash Barons”, and other such nick-nacks. If anything, the Danish profiteering off of WWI can serve as a supportive claim of Mr. Butler´s essay, and although it may not have been a “racket”, (racket sounding so subjectively derogative), the war certainly proved to be an immensely lucrative business opportunity for equally opportunistic businessmen.

AskUs: Is there actual pathology behind the common trope of characters (like Hodor) with low IQ only being able to say their name?