So one of our readers asked us this question the other day. Alexander the Great marched all the way to India. How did he supply his army? I imagine having a supply train thousands of kilometers is not practical for an ancient army. Did he loot? Did he force conquered enemies to provide supplies?

Alexander the Great is great cause he conquered the Achaemenid Persian Empire. Until he passed over the Indus, all the lands he had conquered had either been Persian satrapies or at least within the Persian orbit. This included everything from Thrace, the Levant, Egypt, Babylonia, Assyria, and Persia itself, all highly developed societies with an organized and ancient tradition of rule. 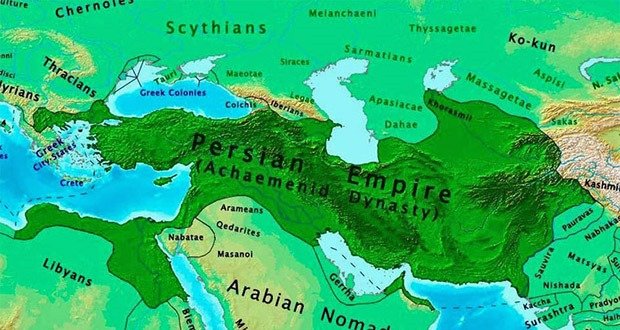 Though every generation saw its share of separatist movements, Persian satrapies (a province governed by a governor) were generally quiescent and obedient to Persian rule. Once Alexander showed up as an unstoppable menace however, Persian satraps would often betray the Persian central authority and surrender themselves and their services to the conqueror. The political result of Alexander’s conquests being that satraps were either trusted Greek advisors placed to the position by Alexander or they were holdovers from the preceding Persian state. Further, the officials serving within state ministries continued to hail from the local area, as they had under the Achaemenids.

With Alexander’s attention focused on his military conquests, oversight of his empire was slack as long as the necessary material and soldiers arrived for his campaigning. Alexander notoriously conscripted men from his conquered provinces (much like the Persians had) and expected to collect the same sort of tax revenue as his predecessors. But with his constant warfare, he wasn’t going to conduct a full audit of his empire’s finances.

Satraps realized this. Basic quotients of money and goods traveled to Alexander or back to Macedon on Persia’s famous road system. But beyond what was needed to slake Alex’s immediate demands, the administrators of the Persian bureaucracy could act nigh indiscriminately. The Macedonian army wasn’t traveling through to set up a longstanding, permanent civilization; they moved at lightning speed, conquering a continental empire in less than a decade. Thus the local politicking of each court, in Susa, in Sardis, in Babylonia, went completely unchecked. Corruption spread as the only state obligations were to Alexander, a foreign conqueror who moved increasingly further away. Sometimes, they revolted, and Alexander executed several of them for this (Arrian VI.26) on his way back from India. Normally, however, they sent goods where they needed to go as the state apparatus built up by Darius and Artaxerxes could easily handle both completing Alexander’s limited fiscal desires and fleecing their own pockets.

In addition to receiving replenishment from centralized redistribution, Alexander’s army could expect to collect sustenance and good grace from any ruler through whose lands it passed. There was of course the underlying coercive aspect to parking the greatest empire the world had ever known next to anybody’s palace, but most kings, satraps, or rajs (if that’s what they were called yet). When local supplies were limited, such as in the Central Asian steppe lands, high mountain passes in the winter, or in the Gedrosian Desert, his army had serious problems with attrition. In sum, they were a much more live off the land type army, though they did it in a rather “civilized,” rather than Hunnic fashion.

Arrian: The Anabasis of Alexander. Seriously, check Arrian out. Alexander brought a bunch of historians with him to document his conquests, and what gets passed down to us is nothing short of pulp fiction. It paints Alex as a mega badass who successively beats Achilles, Hercules, and Dionysus in his feats.

Duncan Ryan The Achaemenid Empire -super fast breeze through Achaemenid history. Not too much content, but does give a rough trajectory of their empire.

AskUs: In Middle Ages, would an overweight noble be mocked for his weight?

AskUs: Why do computers use red, green, and blue to create a color when the primary colors are red, blue, and yellow?