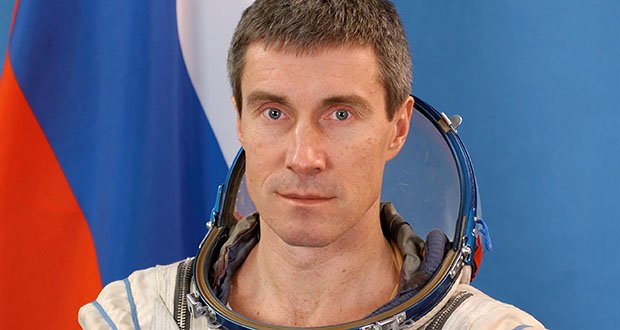 So one of our readers asked us this question the other day: How did the cosmonauts aboard Mir react to the break up of the Soviet Union?

Cosmonaut Sergei Krikalev was the man most affected. He was sent aboard the Mir station as a Soviet cosmonaut 3rd Class, and, after 313 days up there, the then 34 year old flight engineer returned to Earth to a very different political structure at home than when he had left. Even his hometown, once called Leningrad when he left Earth, was upon his return now called St. Petersburg.

Krikalev was actually stranded aboard Mir for a period. He was supposed to come home about four months earlier than he did, but due to Russian financial issues and political battling between Russia and Kazakhstan (where the former USSR’s Baikonur Cosmodrome was located, as well as where the capsule touchdown location was), he was forced to stick around aboard the station for much longer than anticipated.

There is a great documentary film that actually covers Krikalev’s experience. It is called “Out Of The Present”. In the film, it seems that Krikalev tried to be largely unaffected by the breakup of the USSR, and instead sunk himself into focusing on the more “mundane” tasks of keeping the station functioning, doing repair work and some science to occupy his time between sleep/eat periods, as well as watching the Earth pass below him as he orbited our planet at 240 miles altitude every 92 minutes. At one point in the film, a Russian journalist, via radio uplink, asks Krikalev how he felt about the (political) changes on the ground and what he considers to be most impressive about them, Krikalev initially answers by offering a non-response, saying he “did not understand the question” (though it seems he clearly did). After being prodded further by the journalist, he finally and rather cryptically comments on how he thinks “darkness has just turned to light”. He left himself an ‘out’ with that answer, as it was unknown whether he was making a political statement or rather was just referring to the fact that Mir had just passed through orbital sunrise at that time. He then continued by saying “Winter has come, and before it was summer. Now, it’s beginning to bloom again. That’s the most impressive change you can see from space”.

Keep in mind that Krikalev was sequestered away on Mir during the Soviet breakup, orbiting our planet 16 times a day, with Mission Control being his only real source of news (though he was allowed to talk to his wife Lena once a week or so via radio), so he faced a lot of censorship issues where he was not told the full, complete story of what was happening. He was informed of the coup attempts and breakup of his former USSR of course, but many of the political issues that affected his flight were largely kept from him or at least downplayed heavily, including the fact that the team at Mission Control had threatened to go on strike because they had not been paid in months and there was no money to pay for resupply missions or to send a replacement crew up and to bring him home. According to Sergei, his biggest personal worry while on orbit aboard Mir during this period was on how his family was coping with the turmoil back home. Krikalev’s salary at the time was a rather paltry 500 rubles a month, so he did make comments to MCC and questioned his wife over the radio concerning how his family was managing financially. Considering the fact that the ruble’s value had plummeted after the breakup, he wanted to ensure his loved ones were taken care of while he was away from Earth, which was something that was of course decidedly out of his hands and caused him considerable stress. Politically though, he recognized that he would just have to ride things out and play a game of “hurry up and wait” until the powers that be figured out what to do with him and the space station he occupied.

Back home, Krikalev was actually dubbed by Russian newspapers as “The Man Who Is Sick of Flying”, and they also called him “The Last Soviet Citizen”. It became clear he just wanted to come home as soon as was technically, financially, and politically possible. It was becoming clear to Sergei that he was being treated as an unwitting political pawn between the new Russia and Kazakhstan – as Russia relied on the Kazakh’s heavily since their former Soviet space launch facilities were located there. This political issue regarding how much a new independent Kazakhstan was demanding to be paid versus how much Russia was willing to pay was serving to delay his return to Earth, as well as delaying resupply missions being sent to him aboard Mir, but he recognized that there was little he could do about it, other than just do his job as professionally as possible (which by all accounts he most certainly did), and sit and wait for the politicians to sort things out on Earth.

I would highly recommend you watch the documentary “Out Of The Present” if you can, as it gives a fairly decent look at the way the breakup of the USSR affected both the Mir program and cosmonaut Krikalev specifically.

Incidentally, Krikalev’s Mir flight would not be his last journey to space. He later flew aboard the US space shuttle twice on missions STS-60 and STS-88, and also flew to the ISS twice as well, on Expedition #1 and Expedition #11 (in which he was station Commander, spending six months aboard). He has flown in space six times, and has a flight log cumulative total of 803 days, 9 hours, and 39 minutes in space. The dude is a real Russian “Top Gun” cosmonaut, and currently is the Vice-President of RSC Energia, which is the prime contractor for Russia’s manned spaceflight program. By all accounts, he handled the news of the breakup of the USSR very professionally, with his primary focus being on ensuring the safety of his family and doing all he could from space to make sure they were not suffering too badly and had food on the table while he was away.

AskUs: We often hear of “killing the messenger,” but how dangerous was it, really?