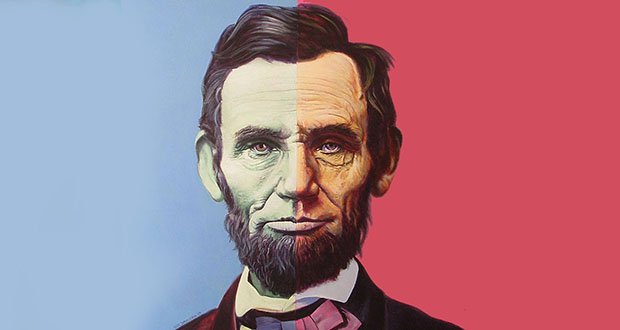 So one of our readers asked us this question the other day: How did US politicians in the time of Abraham Lincoln fund their campaigns?

If you’re interested in the election of 1860, I recommend Year of Meteors by Douglas Egerton as a good introductory text. It reads smoothly and is forgiving if you’re new to the subject. For this answer, I’m also going to draw upon Holzer’s Lincoln at Cooper Union, the new version of How We Elected Lincoln by Dittenhoefer and University of Pennsylvania Press, and various other papers. The book that most directly answers your question would probably be Mark Neely’s The Boundaries of American Political Culture in the Civil War Era, but I unfortunately don’t have a copy handy, so I have to do without.

I’m also going to focus specifically on the election of 1860 and largely disregard 1864, a wartime election unlike any other in American history.

But to answer your question, Lincoln’s campaign was funded not dissimilarly to campaigns today. It was underwritten in almost total part by wealthy Republicans and the party establishment. Lincoln also benefitted personally from speaking fees. Lincoln’s campaign also benefitted (to what degree is in question) from the activities of the “Wide Awakes,” tens of thousands of young, white men who contributed small amounts to one particular side campaign that I will explain later. The vast majority of campaign contributions, Neely asserts, were performed in-kind, rather than financial.

With regard to the party establishment, keep in mind that being a Republican office holder (or office holder of any party, for that matter), tended to come with obligations to contribute to the campaigns of other party figures. Republican governors in 1860, for example, were encouraged to contribute to the Lincoln campaign. In 1864, for example, members of Lincoln’s cabinet were required to pay $250 apiece for the printing of presidential campaign documents, Neely writes.

There were no organized political action committees, and Lincoln made only one speech during the campaign season ─ on Aug. 8, 1860 in Springfield, Illinois ─ but Lincoln’s campaign manager, David Davis, used many of the tricks you’d be familiar with. He squeezed Republican donors, underwrote reporting trips by newspapers and freelance writers, paid for parades and conventions, and organized a series of speakers to travel the country and promote Lincoln.

Davis, whom Egerton describes as a “land baron,” was supported by Thurlow Weed, the New York City political boss. Weed had supported Seward as the Republican candidate, but when that man dropped out of the race, he threw his support behind Lincoln starting in late May 1860. Where Davis had connections in the West (today’s Midwest), Weed was connected in the East.

As Egerton writes on page 182: “The two fired off requests for financial assistance to Republican governors and philanthropists. Davis then funneled the cash into closely contested states. Although some of the missives directed to Lincoln himself asked for money, the candidate passed them along to Davis, so Lincoln never saw budgets, expense vouchers, or even explanations of where the cash was going. When Caleb B. Smith of Indianapolis complained to Davis about the likelihood of illegal voting in Kentucky, the judge contacted an old friend and former Whig congressman, John Goodrich of Massachusetts, who responded with a grant of ten thousand dollars to combat the alleged fraud.”

At the Springfield speech in August, Davis organized special trains that funneled more than 50,000 people into the city. The parade he organized was a gala affair, with a series of log cabins on wheels, pulled by oxen. When Lincoln arrived at the stage, the enthusiasm was so great that the crowd pulled Lincoln out of his carriage and carried him onto the stage. Davis made sure plenty of reporters were there to capture the scene.

As Egerton writes, “Across the North, political machines constructed in advance by Davis and Weed raised money, funded speakers, and mailed out pamphlets and biographies of Lincoln.”

Far behind in fundraising, Democratic candidate Stephen Douglas broke new ground in American presidential politics by deciding to campaign on his own behalf. He didn’t have the monetary backing that Lincoln had, so he decided to hit the road and hope his stage presence would carry the day. Republicans in New England responded by posting a series of handbills seeking help for “A Boy Lost!”

The handbills described the lost boy as “about five feet nothing in height and answers the same in diameter the other way. Has an idea that he is a candidate for President.”

Now, let’s take a look at a particular event, Lincoln’s Cooper Union speech of Feb. 27, 1860. Lincoln had not yet won the Republican nomination for the presidency, but he was widely believed to be a frontrunner for the convention scheduled in May. As such, he was very much in demand as a speaker. He had been planning a trip east from Illinois to see his son, Robert Lincoln, and the organizers of the speech had promised him an honorarium of $200, according to Holzer’s Lincoln at Cooper Union.

As Holzer explains, “Lectures offered Lincoln the opportunity to speak on a wide variety of topics, demonstrate intellectual breadth, attract new audiences, travel to places where he could enlist new political allies, and earn additional money in the bargain.”

In New York City, Lincoln was more concerned about the political capital he would earn from the Cooper Union speech, rather than the financial capital. During his time in New York, he laid the groundwork for much of his later support in the nation’s wealthiest city. He visited Astor House, took a tour of Broadway, and met with important figures. There is a persistent (if questionable) story that after his Cooper Union speech that Lincoln was offered a $10,000 per year job as a corporate lawyer, but turned it down, saying that having so much money would ruin him.

Lincoln, as did most presidential candidates of the time, chose to run behind the scenes, with intermediaries doing most of the work. His lecturing work (before becoming an official candidate) allowed him to implement the groundwork necessary for a political campaign.

Now, we’ve talked about the “big men” side of things, so let’s turn to the individual level. Lincoln’s campaign was assisted by the “Wide Awakes,” a young, militaristic movement in the North that arose partly out of support for Republican ideals and partly as a reaction to the militia movement alive in the South during this period.

As Jon Grinspan writes in a 2009 paper, “Young Men for War”: “Young men from Bangor to San Francisco and from huge Philadelphia clubs to tiny Iowa troupes donned uniforms, lit torches, and “fell in” to pseudomilitary marching companies. They flooded every northern state and trickled into upper South cities like Baltimore, Wheeling, and St. Louis. Launched in March by “five young dry goods clerks” in Hartford, Connecticut, by November the Wide Awakes had developed into a nationwide grassroots movement with hundreds of thousands of members.”

While not directly supported by Lincoln’s campaign (as far as we can tell), the campaign nonetheless enjoyed the support of this grassroots movement. Each member paid for his own uniform, torches and fuel (though some Democrats accused Republican officials of secretly funding the campaign) and volunteered his time for marching, games and other activities.

While generally nonviolent, the Wide Awakes alarmed the South, which had long had its own militia movement to use as a military hedge against a slave rebellion or a political hedge against Northern attempts to restrict slavery. One of the particular phrases that stands out is the accusation that the Wide Awakes were a “monster body guard” for Lincoln.

As a movement, the Wide Awakes were attractive to young men interested in politics and rejecting the status quo. The Wide Awakes were something new and interesting, a way to make friends and make a difference, they believed. College campuses, particularly those in New England, were hotbeds of activity ─ even radical activity. Some clubs in Massachusetts included black men. In September, Elizabeth Cady Stanton presented a banner to her local Seneca Falls Wide Awake club, which returned the favor by performing military drills as a show on her lawn. She and guest Susan B. Anthony presented lectures at local club meetings.

At its peak, the New York Herald estimated some 400,000 young white men were members of Wide Awake clubs, who were connected through newsletters and activities to clubs across the North and border states.

Evidence of grassroots fundraising for the campaign directly is somewhat limited. Neely points to an 1860 notice in the Philadelphia newspaper the Public Ledger reporting “a host of nice young men … running about with books, soliciting aid in sums of almost any size.”

Neely asserts that these efforts were unsystematic and unplanned, however.

May 26, 2016
Latest Posts
Subscribe to Blog via Email
Did you know?
Loading...
Facts of the Day
Registration is disabled.