So one of our readers asked us this question the other day: How does Alzheimer’s kill a person? 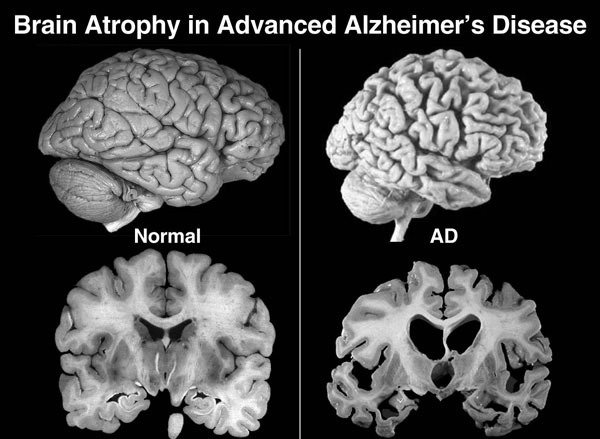 Alzheimer’s is a degenerative brain disease. Memory loss and loosing a sense of identity are only mid-term symptoms. It continues destroying the brain which will eventually cause coma, and ultimately destroys the part of the brain that regulates breathing and heart rate.

A lot of sufferers don’t get this far. They can become sick with life-threatening illnesses such as pneumonia, infections or organ damage just as much as anyone can, but they are not able to relate symptoms and seek treatment like an able-minded person can.

There’s also an increased risk of serious injuries, since it also hurts your coordination and balance, and general awareness. You might, for instance, get confused and go wandering around at night because your addled brain is telling you to pick something up at the store and you don’t realize that it’s 3AM, and you aren’t paying attention and fail to notice something on the ground and you trip, and can’t stop from falling or catch yourself. For all that we joke about old people breaking a hip, it can be serious and life-threatening if it’s not treated. So you’re alone, at night, with a broken hip, in the cold, and you don’t remember how to get home even if you could walk (but you can’t) so you lie there and get seriously ill.

Here is a story about a woman who was diagnosed with Alzheimer’s and made the decision to end her own life before it progressed too far. It details her experience and her decision making process to live as much life as possible while ending it before she lost the capacity to do so.

AskUs: Did everyone bite their nails before nail clippers were invented?

AskUs: Why do our Wisdom Teeth all of a sudden decide to come through?