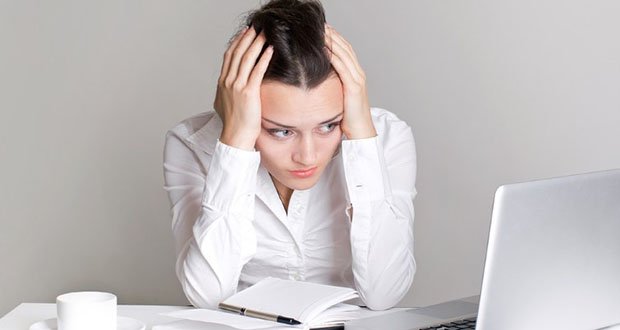 So one of our readers asked us this question the other day: How does mental or emotional stress manifest with different physical symptoms (i.e. pimples, nausea, panic attacks, etc.)?

When you are faced with danger, the threat of danger, or sometimes, even the idea of danger, your body reacts with what is called the “fight or flight” response, which I’ll call the stress response. Stress is a threat to your well-being, so your body perceives this as danger.

Your body prepares itself to protect you. It does this by releasing a hormone, epinephrine, aka adrenaline, into your bloodstream. Adrenaline constricts your veins and arteries, as well as increases your heart rate and breathing rate, so that oxygen rich blood can be delivered. It also diverts blood flow away from the digestive system since its not terribly important right now (this causes the nausea). This is to prepare you to either fight the danger, or flee from it. Either way you’re going to need lots of oxygen delivered quickly to your muscles.

When your body reacts to mental or emotional, rather than physical stress, it still reacts the same way. Quick anecdote – I suffer from anxiety. About a year ago, I was in a bus accident and got thrown across the bus. It was terrifying (mental stress) and I did a pretty wicked faceplant (physical stress). What I noticed was that my physical reaction was almost identical to a panic attack I had a few months earlier.

Basically, your body is preparing you for some kind of physical throwdown when you’re stressed. But, there’s nothing to fight, especially when it’s something like an essay that’s half done and due in three hours, so you just have to ride out the adrenaline. So, you get a racing heart, hyperventilation, numbness in the fingers and toes, nausea, inability to stay still.

These are the short-term effects. The long lasting effects come from the release of a hormone called Cortisol, a.k.a. the stress hormone. This hormone has been proven to cause many of the symptoms that you associate with the negative effects of stress, such as weight gain/loss, getting sick more often, body fat redistribution, etc.

More over, long-term exposure to high levels of cortisol can cause many abnormal conditions that people generally associate with depression and anxiety, such as disruptions in your sleep wake cycle (circadian rhythms) and disrupted learning (causes inhibition in memory formation in the hippocampus). These long term effects are usually what people imagine when they think of negative stress.

Chronic stress can lead to a condition known as General Adaptation Syndrome. This condition is divided into three phases:

AskUs: What's actually happening when you get a Charlie horse in your calf?

August 20, 2016
Latest Posts
Subscribe to Blog via Email
Did you know?
Loading...
Facts of the Day
Registration is disabled.