So one of our readers asked us this question the other day: How much do we know about the contents of the Library of Alexandria? Do we have lists or some kind of index, or is it just mentions in other documents that “hey, I read this thing at Alexandria”?

Extensive lists of the library’s holdings were compiled in the ancient world, starting with the great custodian Kallimachos. His list of library contents (called the pinakes) was ‘published’ in about the middle of the third century BCE, probably by his pupils. Almost immediately, revisions and different versions of the pinakes were produced, for instance by Aristophanes of Byzantium and Hermippos of Smyrna. The list of Kallimachos was (apparently) the first of its kind, and its general organizational principles were copied by the custodians of other, smaller libraries (for instance at Rhodes, or at Pergamon).

Unfortunately, not a single scrap of the list survives. It is hoped that one day at least a fragment of the pinakes will be recovered from papyrus finds, but as yet nothing spectacular has surfaced (I’m confident it is only a matter of time, however — there are over a million un-read papyri in University holdings, including hundreds of thousands (if not more) in Oxford’s Bodleian holdings). 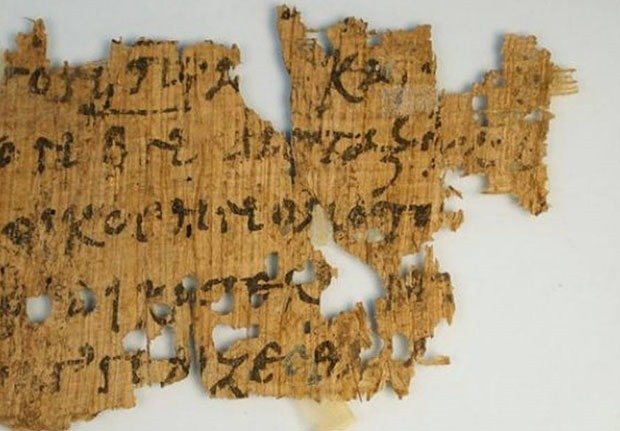 The special training required to read a papyrus is pretty extensive. Not only do you have to read ancient Greek (and there are fewer and fewer of them), but you also have to be able to read ancient Greek as it was written on papyri. It is borderline illegible even when you do have the training. The above fragment is an example of a typical papyrus with Greek script. The shape of some letters is pretty standard, but others vary wildly even within the same papyrus. After a while you get pretty good at it, especially if you stick to a narrow time period.

On top of that, dealing with papyri can be a bit of a hassle. You can’t just shuffle through them like note cards in a box, as they are incredibly fragile, especially if they have not been conserved properly (and unfortunately, many thousands have not been conserved properly since they were pulled out of the very dry conditions of the Fayum over a century ago). That also complicates efforts to digitize them — it goes very slowly. Still, a lot of progress has been made in the last decade towards digitization of papyri. Berkeley and Michigan (in the USA) both have pretty extensive collections of papyri that have been put online.

Then there is the issue of motivation. Once you have the trained person and the access, you still need the motivation. Who wants to sit there day after day sifting through hundreds of unpublished papyri? These people have research interests of their own and are usually looking for specific things, if they are sifting. Transcribing is time-consuming, and so if something doesn’t seem immediately pertinent to what they are looking for, they likely move on to the next one. That means things like fragments of the pinakes can easily “fall between the cracks.”

Papyri are the trash of the ancient world, the sh*t that was used as packing material and mummification wrapping and just general refuse. A lot of Berkeley’s papyri come from the wrappings of ritually-mummified baby crocodiles at Tebtunis (really!). That means they are shredded to begin with, not counting damage they incurred over the next two millennia in the ground. That makes reading them a challenge. There were archives that survived (more or less), and those papyri are generally better preserved and more focused, but in other cases the contents of the papyri is semi-random. A list of temple supplies, a little two-line fragment of Euripides, half of a lease of land for grazing sheep, part of a will, a copy of a law of some tiny Fayum village, etc., all from the same archaeological site. You can see that finding something specific, like a fragment of the pinakes, is very challenging!

What we know of the list(s) comes from much later late-antique sources, often in generalized form.

The ultimate bible for this topic is Blum’s Kallimachos und die Literaturverzeichnung bei den Griechen, which has been (thankfully) translated from the German original by Wellisch. That English translation is Kallimachos: the Alexandrian Library and the origins of bibliography (1991, U. Wisconsin Press).

AskUs: What is the difference between karate, judo, kung fu, ninjitsu, jiu jitsu, tae kwan do, and aikido?