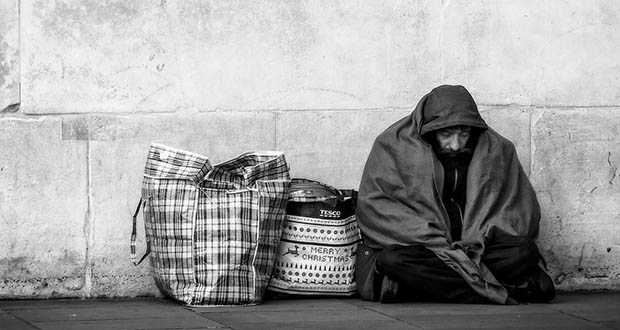 So one of our readers asked us this question the other day: How prevalent was Homelessness/Poverty in the Soviet Union?

Let’s stop for a moment and define what extreme poverty actually means. Under most definitions, we are talking about people basically living a subsistence lifestyle, and often on the verge of starvation. In the Soviet Union prior to the Second World War, this was a real threat. The immediate post war years could be very hard, but there was also a great deal of new building, as well as essentially pilfered wealth (and food) being brought in from occupied territories. Life of course, was still hard; hell, the rationing there didn’t end for several years after the war. But the further we get from the war, the ‘better’ the situation gets. We also have to consider the effects of the pre-war purges, famines, and the losses of the war itself, on the Soviet Union. With more than twenty million dead and another fifteen or so million wounded, we are talking about a significant fraction of the work force diluted. Post-war expansion of the economy, particularly in the late 1950s, into the 1960s, meant the wealth of the average Soviet citizen greatly improved. While we still aren’t talking about a land of plenty, the Soviet Union of 1970 bore little resemblance to the Soviet Union of 1939. Part of this was also ‘helped’ by the great destruction wrought upon the western part of the country, where whole cities were rebuilt.

That said, there are caveats to this. You ask about homelessness, vagrancy, and the like. Alcoholism is not a new problem for Russia, and the Soviets dealt with it in much the same way they dealt with most issues that challenged society: they either ignored it, or it was forcibly removed. Homelessness was illegal in the Soviet Union. Technically this meant you couldn’t be evicted, but in practice could also mean confinement ‘for your protection’. Because the Soviet Union tightly regulated movement within its borders, as well as the living conditions of its citizens, this meant that it could be ‘solved’ to a degree.

In terms of rural/urban divide, outside of major cities infrastructure could definitely be neglected. However, the Soviet Union experienced a massive demographic shift in the post-war period in favor of urbanization. The greatest ‘difference’ was actually between the Republics. That is, while Russia itself saw great growth and demographic shift, some Republics, such as the ‘stans’, saw far less of that, and many areas continued with pastoral lifestyles that would seem natural in the 19th century. If you traveled to rural Kazakhstan in 1970, it probably wouldn’t look particularly different to rural Kazakhstan from 1870 in many ways; at the very least it would be very recognizable.

Now, to parse this stuff into specifics, we need sources. Unfortunately, this is not something many English language publications are focusing on. Following the end of the war, funding dried up. We have a huge number of sources from the 1970s and 1980s that are focused on this that ostensibly use Soviet data, but their reliability is suspect for all the obvious reasons. One recent work that I was pretty impressed with is Ofer and Vinokur’s book The Soviet Household under the Old Regime. This work mostly focuses on Russia unfortunately. Ultimately, I think we need to make that distinction in this question as well. Russia was the source of the most investment and control by the CCCP, while the other Republics received varying levels of support and mitigation. And, all of this is highly tied to the effects and resistance to Russification in those Republics as well. Each former Republic has a different story to tell vis a vis extreme poverty during their time as members of the Soviet Union.

One more interesting thing to look at within the USSR at that time period are alcoholism rates and statistics. Why? Because in many cases the USSR massaged statistics and worked around definitions so that comparisons between different parties are moot and pointless. Case in point: their policies granting a right to work to every citizen and thus state-sponsored housing would theoretically mean and imply that there were close to no homeless people.

However, there were people riddled with addictions and problems, and people who were of no practical use for labor as a result of the aforementioned addictions and problems of substance abuse. To understand how such a person could be employed and not-homeless requires understanding the system of Soviet Communism a little bit. The short version is that factories and offices would basically not fire employees even if they were doing absolutely nothing, even if there was no work for them to do. In this system a person who might be otherwise squatting on the streets and drinking was instead bound to a cubicle on an office or a post in a factory and probably drinking.

So, why did this happen? This is not something you asked about, but I like this question. The typical explanation (textbook, high-school level) for this is that there was widespread resentment towards and against the government, coupled with a sense of powerlessness and general frustration among the populace of the Republics. There were also and very importantly various shortages of goods arguably brought about by policies that made inter-dependence of the Soviet Republics necessary for their survival. (Example: the region of modern Ukraine did not produce a sizeable amount of any type of grain or agricultural output during the time period, while it is now one of the mayor producers of the world). In any case, these policies arguably brought political stability, statism and control to the government while costing the lives of thousands (millions?) of people and the despair and angst of many others.

AskUs: How did people in the Middle Ages and earlier deal with Down Syndrome and autism?

June 2, 2016
Latest Posts
Subscribe to Blog via Email
Did you know?
Loading...
Facts of the Day
Registration is disabled.