So one of our readers asked us this question the other day: Why were old movies like “Gone With The Wind” and “Wizard Of Oz” in color when movies were still in black in white until the late 50s/early 60s

B&W is easier and cheaper than color. In 1994, Kevin Smith shot Clerks in B&W, not because he wanted to, but because didn’t have much money to make the movie.

Here are some reasons why B&W is easier: 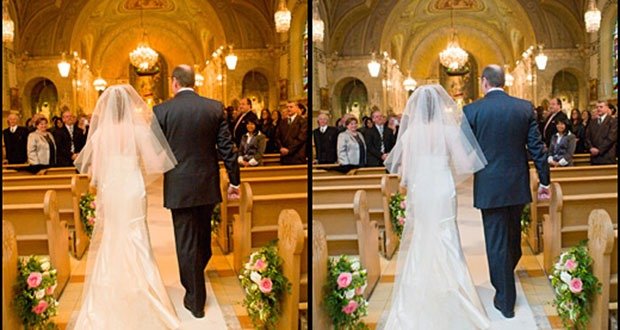 Color casts: Every light source has a different color. Sunlight is “white”, a regular lightbulb makes “white” light, and fluorescent lights make “white” light, but they’re not actually the same white. Each light is a different color. If you take the same film everywhere, the pictures taken outside will look blue and the pictures taken inside will look yellow. The worst one is fluorescent lighting, which can show up as a hideous green color. With B&W film you don’t really need to worry about it.

One of the hardest parts is that the color of sunlight changes during the day. If it takes all day to shoot a scene, then different parts of the scene will have different colors, and they won’t look right together. So you have to be careful to monitor the weather and the time of day when you’re shooting. Even a few clouds can change the color of a picture dramatically. This is even a problem in the studio, because when you turn on the lights in a movie studio, they change color as they warm up.

Your eyes naturally adapt to color changes so you don’t notice them very much, but color film doesn’t adapt like your eyes do. For color film, you have to pay close attention, and use color filters to adjust the color of the light to be just right.

With B&W film, you can even get away with shooting “nighttime” scenes in broad daylight, and many studios did this. This is not really possible with color film. 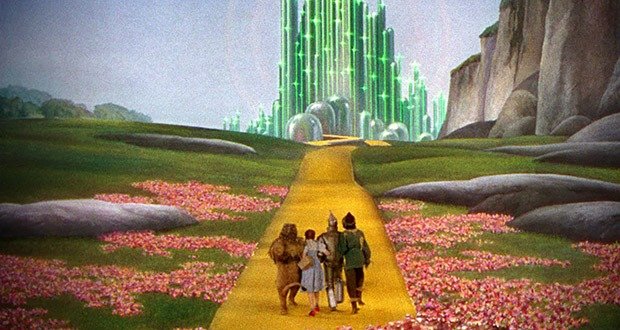 Technicolor: Technicolor is actually made using three different strips of B&W film. Instead of loading one piece of film into the camera, you load three. This camera is a monster, and it has prisms and filters inside so it can split the color light into three different B&W images. To make the final movie for projection, you have to combine the three film strips back into one, which is tedious and expensive.

The prisms and filters in a Technicolor camera were also inefficient. It took a lot of light in order to make a Technicolor film. It took so much light that you had to shoot outside or with bright studio lights. Bright lights are expensive, they make the studio hot, and they make the actors uncomfortable. You can forget about shooting Technicolor at night, it just won’t work.

B&W film is still more sensitive to light than color film, even today. This is because each color film is made out of three B&W films stacked on top of each other, and each film only receives a part of the light.

Skills: Even when color was available, not everyone knew how to use it. People had to learn how to use filters, how to measure color during the day, how to pay attention to the weather. New artistic decisions had to be made: “nighttime” in a color film might mean adding blue filters to the light, “daytime” indoors might mean putting dark orange filters over the windows. It took many years before people making movies learned these skills.

The same thing happened with digital cameras. Digital cameras respond differently to light than film does, and so you have to be very careful when you shoot digital, and you have to change the lighting a little bit. Some filmmakers have a lot of experience working with film, and for them it’s easier to keep using film rather than learning how to use digital, even though digital may be easier once you know how to use it.

AskUs: Why is Africa not as developed as the other continents besides Antarctica?