So one of our readers asked us this question the other day: I read that, on average, 3 supernovas will occur in the Milky Way galaxy every century. If that is the case why haven’t we observed any since the last one in 1604?

This is an open question! (Sort of! It has a universally agreed upon answer, that isn’t really “proven”, but it pretty much has to be right.) So, the main thought as to why this is, is that there’s a lot of dust in the Milky Way, particularly in the central couple of degrees of Galactic latitude where nearly all of the massive young stars (and therefore type II supernovae) are located. There’s so much dust that we wouldn’t be able to spot a supernova through it. 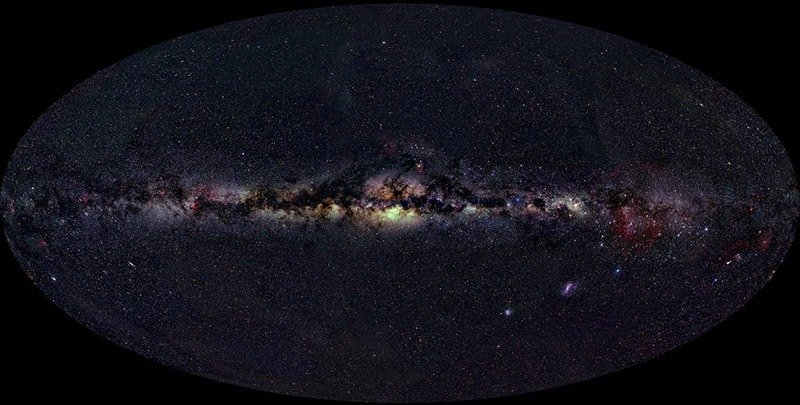 To the Galactic Center, there’s about 30 magnitudes of optical extinction (which means that only 1 photon in a trillion gets through!). And that’s only halfway through the Galaxy! In the infrared it’s not as bad, but that’s a part of the EM spectrum we have been blind in until fairly recently in history. Just to compare, the above is an image of the Milky Way in optical. Below is the Milky way in near-infrared. 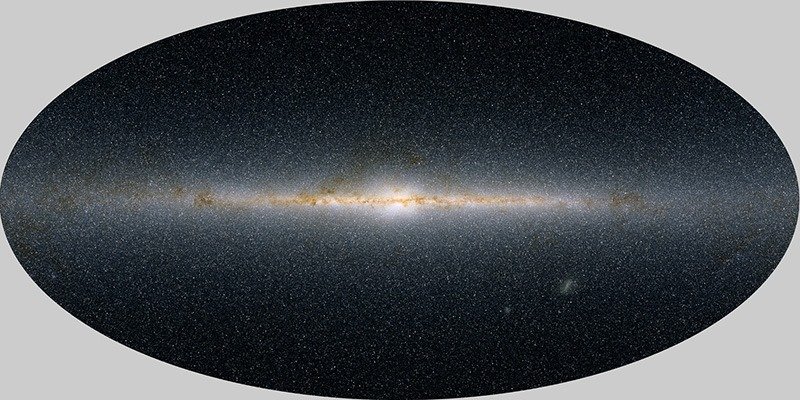 Notice you can suddenly see through a lot of the dust to the stars behind. So unless a supernova happened to go off fairly close by, or in one of the few young, massive stars out of the Plane, we’d miss it. Projects like ZTF and LSST might spot one in the optical, though. The main reason this is the main idea and not certain knowledge is that we haven’t verified that there are historical supernovae that have been missed because of high extinction from dust.

Also, we know for a fact that supernova have happened in the last 400 years that weren’t seen, because we can see remnants of supernova in X-ray and radio that are only about 100 years old, like G1.9+0.3 (the youngest known supernova remnant).

There’s another way to find out though! Because light scatters off of dust, a supernova can “echo” around the Galaxy and the scattered light can reach us. Pairing up such echoes from different directions with each other or a supernova remnant can give a 3D view of the explosion, and a chance to see the explosion very early on.

Armin Rest at The Space Telescope Science Institute has done this with supernovae in the Large Magellanic Cloud before, but the Milky Way is a much larger part of the sky and is harder to do. His group has focused on known supernovae rather than look at the whole sky for new ones, but with projects like LSST (Large Synoptic Survey Telescope) about to image large parts of the sky very frequently to great depth, this area might be about to bust wide open in 10-15 years’ time. Regardless of if they find light echoes for missed historical supernovae, finding echoes for known ones that happened in the past is still really freaking cool. It’s like archeology with light!

More recently, we have another tool to discover supernovae – one without extinction: neutrinos. SN 1987A was a supernova outside the Milky Way, but still powerful enough to be picked up by detectors in 1987. With 30 years of detector improvements and the smaller distance, a new supernova in our galaxy will be immediately obvious to neutrino detectors – we didn’t have any in the last 30 years.

Even better: neutrinos are emitted directly when the core collapses, visible light is emitted once the shock front reaches the surface, which typically takes a a few hours. The neutrinos fly at nearly the speed of light, so they arrive here earlier than the light. If the neutrino detectors pick up a supernova signal, they automatically send a message to various telescopes (SNEWS), so we can watch that spot for the upcoming supernova.

AskUs: How powerful was Saturn V Rocket (in Horsepower or Megawatts)?