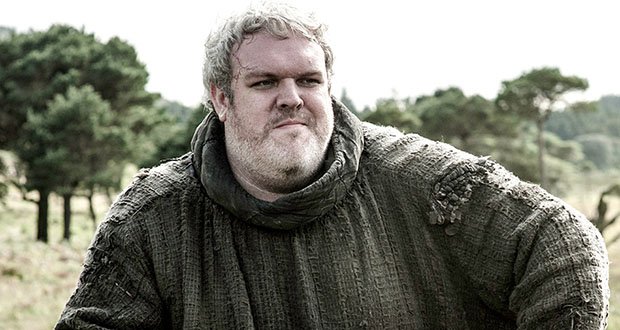 So one of our readers asked us this question the other day: It is a common trope for characters portrayed as having very low IQ to only be able to say their name (e.g. Hodor). Does this have any basis in actual pathology?

It’s worthwhile pointing out that low IQ is a different thing to the specific kind of deficit that Hodor has, which is (probably) a form of Broca’s aphasia – Hodor has trouble speaking language, but it’s unclear how intelligent he is outside of that deficit – he understands requests and commands reasonably well, for example.

George RR Martin almost certainly based Hodor’s disorder on the neurological disorder exhibited by a 19th century French man nicknamed ‘Tan’, who was so named because the only word he could say was ‘tan’. After Tan passed away in 1861, a doctor named Paul Broca did an autopsy which showed that Tan had damage to a particular area of the left frontal lobe that is now known as Broca’s area. That part of the brain has clearly got something to do with the ability to put words together; a separate part of the brain in the temporal lobe (Wernicke’s area) is associated with the ability to understand language. Damage to Broca’s area doesn’t always cause hodoring in quite that form, but it usually causes some serious language deficits.

AskUs: Did war racketeering really create thousands of millionaires and billionaires during WW1?