So one of our readers asked us this question the other day: Is U.S.’ lavish military spending really necessary? I came across this article that says next year’s proposed military budget could buy every homeless person a $1 million home. Is it true?

This is such a pointless metric and incorrect as well. 1.5 million homeless x 1.0 million = $1.5 trillion, far more than the ~$600 billion of the DOD budget. In addition to the unsustainable economic effects of such a move, the issue is this: national defense is a reality of modern civilization, and the critics of military spending haven’t shown a very good alternative plan that actually works for spending.

For instance, people talk about cutting spending in comparison to China or Russia. Surely, if the US spends more than the next 8 nations combined, that’s too much right? 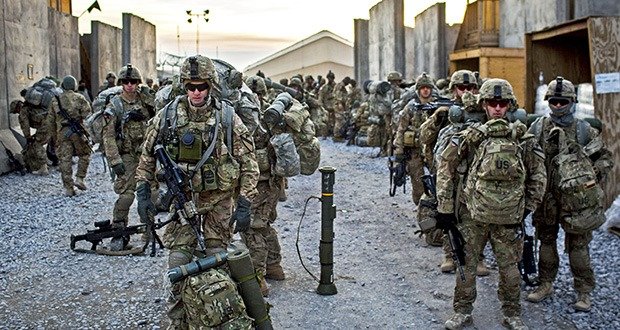 For one, 25% of the annual DOD budget is on payroll. Take a look at Table 5.1 from the government GPO publishing the annual budget for historical numbers. Better yet, look at the White House’s 2017 request. Again, 25% of the budget is on pay alone. When we include benefits (like health care), which includes operating and maintaining the system, it rises up to 46-49% of the total budget, which again isn’t insignificant.

Compare this to China, which pays its soldiers a tenth of what the US pays. So sure, if the US cuts its pay and benefits to Chinese levels, we’d cut our spending in half, but that’s neither desirable nor realistic. 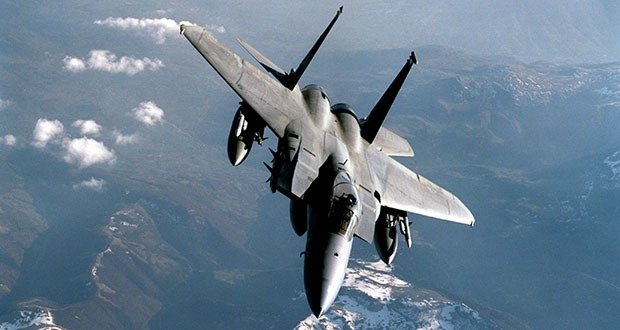 Military spending isn’t on an open market. The US doesn’t buy foreign equipment except from close allies like Germany or Belgium. Likewise, Russia can’t buy US equipment. Thus, the US is spending primarily on first world developed goods at first world prices and first world wages for its equipment. But does spending 3x as much on a fighter jet mean your fighter jet is 3x better? After all, a brand new F-15E Strike Eagle is ~$100 million now (per their latest sale to Saudi Arabia) while the Russian equivalent, a Su-34 is around $40 million. Is the Strike Eagle 2-3x as powerful?

Again, that’s why comparing spending and saying the US spends too much ignores that US spending is based on relative power with rival nations, not rival spending.

Military size is driven by the National Security Strategy 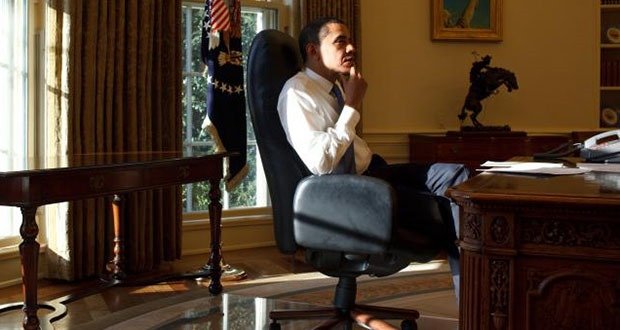 The US National Security Strategy is published by the President every few years, typically at the beginning of each new administration, which outlines the foreign policy (including military) goals. This document outlines the overarching plan the President has for both the State and Defense departments. The 2015 revision by President Obama is located here.

What kind of impact does this document have? Well, during the Cold War, the National Security Strategy was centered on: “win two major wars at the same time.” This was believed to mean the Soviet Union in Europe, and China/North Korea in the Pacific. When the Cold War ended, President Clinton revised this figure to “win-hold-win.” That is, win one major war while holding the line in another war, then winning that one when the first war concludes. This is similar in scale to the US “Germany first” strategy in place on the eve of WW2.

Result? During the Clinton administration, the US armed forces slimmed down from over 3 million personnel (active + reserve) to around 2.25 million. The US carrier fleet went from no fewer than 15 carriers at any time during the Cold War to 11. As you can see, that ratio of cuts went all over the military, and it was reflected in spending. In 1990, defense spending was 5.5% of the GDP. Today, its under 3.5%.

The 2009 revision, under President Obama, called for the “Pivot to the Pacific” which is believed to be directed at China. As a result, the US Navy moved its fleet from 60% in the Atlantic to 60% in the Pacific. High tech weapons were prioritized again (instead of low tech weapons for insurgents). The 2015 revision posted above adds Russia back in as a threat in Europe, which has only pushed the US military to focus more on conventional foes again. Long story short: the US military’s base budget has actually increased under President Obama, as the focus is now on high tech foes rather than the low tech foes of Iraq or Afghanistan.

The breakdown of US military spending often gets misconstrued 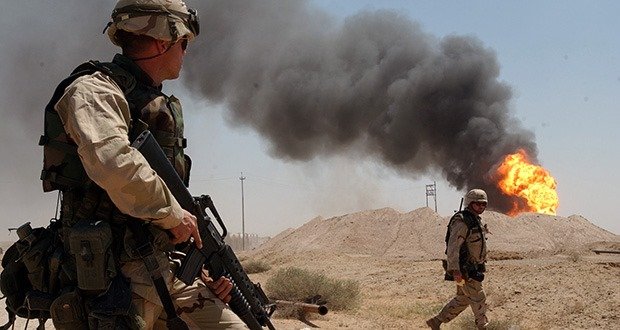 There is a LOT of misinformation out there about the DOD budget, despite most of it is public info available on the Internet. For instance, people think war funds are a huge part of the budget. At $58 billion, war funds (Overseas Contingency Operations, or OCO) was only 10% of the total budget request last year.

Acquisitions is 18-19%. In fact, maintenance and personnel account for the biggest areas of costs. So while it’s easy to talk about stopping the purchase of new planes, we forget that we spend more maintaining existing aging aircraft. How old are we talking about? The average age of the Air Force plane is 27 years old. The last A-10 was built in 1984. The last B-52 was built in 1962.

R&D meanwhile is 13-14% of the DOD budget, making it the largest research fund in the US and ranges from physics to space to medicine to energy. They are also the largest grantor of funds for everything from university grad students to national research labs.

Spending under the defense budget is also often in areas that directly impact civilians. The US military and defense-related agencies account for over two-thirds of the country’s space budget. This includes the US military being in charge of monitoring all space debris (which helps NASA immensely), maintaining and launching GPS satellites (something everyone gets free), buying weather satellites (which NOAA then administers), and even printing out aeronautical navigation charts and instrument approach plates for the safe landing of aircraft in bad weather. Take a look at this civilian approach plate – notice that it says FAA and Department of Defense on there.

And they are involved in state diplomacy too. Did you know that over 100 nations have troops in the US for training a year? And that other nations station troops in the US too? For instance, tiny Singapore has multiple Air Force squadrons stationed in the US on Air Force bases. The Italian Navy, for example, also trains all of its pilots in the US Navy flight school program. That takes an immense amount of cooperation and trust between nations.

The whole idea of the “military industrial complex” (ironically, Eisenhower – who coined the term – actually SUPPORTED it, but the term has been co-opted by critics) exists because modern warfare makes sitting behind two oceans slowly building up a military an impossibility. Ever since WW2, it became clear that missiles, rockets, and long range bombers would make oceans pointless.

When ICBMs and bombers can take out your factories and training facilities, there is no “wait for hostilities then start spending” anymore. Day 1 operations are the focus of modern militaries around the world – if you can’t hold back an enemy’s air offensive early, and your defenses are degraded, you have no ability to resist any further. Your air and missile defenses will be whittled down, your harbors blockaded, bases bombed, etc.

That is why peacetime military spending exists all around the world, and why most modern militaries maintain large active forces relative to their reserves in contrast to the past when one could simply conscript millions to be thrown into the grinder a year later. 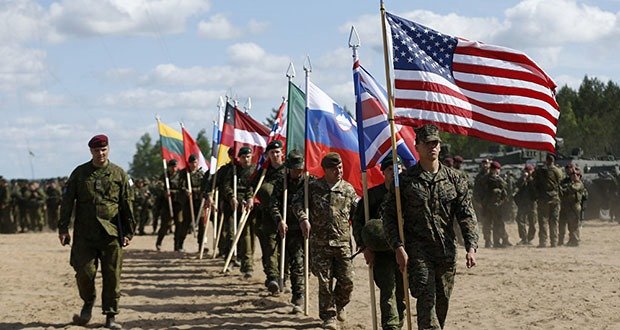 The US currently has mutual defense treaties with: NATO countries, Japan, South Korea, the Philippines, and Australia. Most everyone agrees that maintaining such close relations with those countries is great for the US – but that doesn’t come cheap, of course.

A mutual defense treaty with NATO isn’t nullified if China went to war with Japan – as a result, even if the US went to complete war with China, it would still maintain reserve forces capable of deterring aggression in Europe against say Russia (to achieve our National Security Strategy, as mentioned above).

In addition, world geography plays a significant role in all of this. Our defense treaties are all with nations on the opposite side of the Pacific and Atlantic Oceans. Those are huge distances to cover – a big reason why the US has as many forward bases overseas as it does. It’s also a big reason why the US has many strategic airlift transports as it does (~290 – the UK and France combined have 7), aerial refueling tankers (~500 – the UK and France combined have < 20), and other logistical equipment. (Logistical equipment actually makes up the bulk of military equipment in the US). It’s also why the US maintains a two ocean navy, in contrast to say the UK, which has largely become focused only on the Atlantic.

As you can see, without a decrease in our commitments, our budget cuts have a very very definite floor. Cutting it to save money for the sake of saving money doesn’t lead to positive results without a corresponding decrease in what we want to do in the world, lest we continue to overstretch our forces, increase stress on service members, increase our wear and tear on equipment (which ends up needing to be replaced earlier, which means more money is spent in the long run), and kill retention, which is a major part of why our military is as capable as it is.

The other side of the coin

While expenditure on points mentioned above can’t be reduced significantly, there are some things that should be reduced. For example, there is perhaps a very common practice in the military that most people do not know. In September, every single year, commands routinely spend money. On what you ask? Anything. TV’s, chairs, furniture, office supplies, grills, etc. This practice is called the EOY wish list. The next fiscal year starts in October, and if there’s money left in the coffers, the budget for the command will shrink in years to come due to it being unnecessary.

The rampant spending by military commands is well known by those that have served. If you take a stroll in the HQ of some commands, you’ll see 70in TV’s playing fox news all over the place, and everyone has a high back leather office chair. A friend of mine was once sent to Japan, with a single part for a bulldozer, so that he could install it when a ship would make an intercept course with Okinawa. They paid $8,000 for his ticket, and a coworker, to fly to Japan and babysit a part for a bulldozer. The sheer waste and indifference in the spending habits of military personnel need to be addressed.

But this isn’t the fault of personnel though, it is a fault of the system. This is done not just in military, but in academia, too.