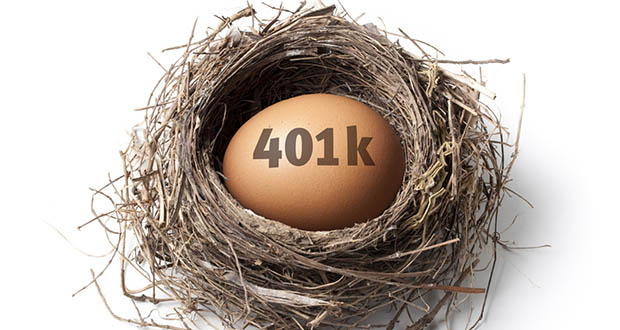 So one of our readers asked us this question the other day: What is a 401k?

A 401k is a special savings account with three rules:

3. You can’t take the money out until you turn 59.5 years old (you actually can, but you pay a penalty that totally removes the value in putting the money there in the first place).

The program was created by the US federal government to incentive people to save for retirement. Typically you pay a percentage of each paycheck into your 401k, and most employers will match what you put in up to a certain percentage (usually 2-6% of your paycheck). Employers do this as a benefit; whatever percent they match can effectively be seen as a raise, which is pretty nice. You should start saving in 401K as young as you can do so reasonably. The earlier you start saving the more you’ll have for retirement.

1. Traditional 401k plan contributions reduce your taxable income. This is known as tax deferral – you are not taxed on the money you contribute now, but will pay income tax on your contributions and your earnings at your marginal tax rate when you take distributions from your 401k in the future.

2. If you contribute to a Roth 401k, contributions have already been taxed at your current marginal income tax rate. In exchange, all earnings may be distributed tax free if the distribution meets certain age and eligibility requirements. Note that not all 401k plans have a Roth option.

Which one do you choose? It depends on a lot of factors, but the big ones are:

1. Income – High earners are usually better off contributing to a traditional 401k, as this allows them to avoid paying their current high marginal tax rate. Conversely, those with lower incomes usually favor the Roth option, as they can pay a low marginal tax rate now in exchange for never being taxed on that money again.

AskUs: Why does wool retain its insulating properties when wet, but other fibers don't?

July 9, 2016
Latest Posts
Subscribe to Blog via Email
Did you know?
Loading...
Facts of the Day
Registration is disabled.