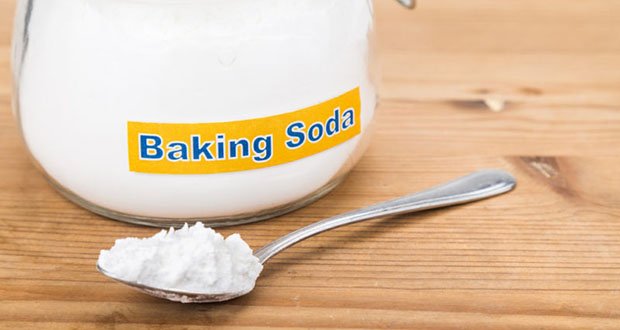 So one of our readers asked us this question the other day: What is so special about baking soda? Why does it have such amazing properties for everything? I know baking soda has ubiquitous applications in cooking, cleaning, deodorizing, and many others I don’t even know about. What about it makes it great, and how has something so awesome stayed so cheap also.

· Shortest Answer: It’s cheap to produce and very chemically reactive, but won’t melt your skin off or poison you.

· The obvious one: It reacts strongly with acids, giving off CO₂ and water in the process. This is useful to turn certain baked goods from a solid mass of baked flavored flour to a fluffy porous network filled with gas bubbles that you can actually bite through.

· Although it’s mildly alkali (“base” or “anti-acid”) in solution, and reacts strongly with acids, it’s actually an amphoteric salt, meaning it can react with alkalies as well as acids (though not quite as strongly).

· Many (but not all) common chemicals associated with “bad smells” are volatile acids. When they react with baking soda, they are turned into less-volatile salts, i.e., they’ll tend to stay solid instead of becoming a gas, and what little does evaporate is less “smellable” by human noses (it binds more weakly or not at all to scent receptors).

· It’s non-toxic (in quantities needed for functional results), so it can safely be used in food and on food-contact surfaces.

· Despite being non-toxic in normal quantities, it can cause gastrointestinal distress in humans from released CO₂ if consumed in large quantities. Yet, for some insects (particularly cockroaches), this gas release can cause their internal organs to explode, if you mix baking soda with suitable bait.

· It dissolves in enough water, but if there’s not enough, it’ll just get wet without fully dissolving. This makes it a mild fine-textured abrasive that can be used for scrubbing, which can still be rinsed away fully.

· When it gets very hot, it starts to break down into simpler compounds and carbon dioxide. This reaction absorbs quite a bit of heat – so throwing it on a fire will both cool down the fire and drive away oxygen with CO₂.

· The alkalinity breaks down pectins and hemicelluloses in plant cell walls – compounds which give plants rigid structure. Adding it to cooking water helps soften vegetables faster – particularly beans and pulses, which require longer cooking times to be edible. This used to be much more common for cooked vegetables in general, but too-mushy vegetables have fallen out of fashion, and baking soda has been found to accelerate the breakdown of vitamin C (an acid) and some other nutrients in cooking.

· It interferes with protein coagulation – the ability of proteins to stick together and form a semi-rigid network. Gluten in flour is formed by is formed by two proteins, glutenin, and gliadin, which stick together and form a stretchy network when hydrated and kneaded. Disrupting gluten network formation helps the texture of less-leavened or unleavened baked goods, as they won’t be held together by so much gluten – they’ll be more tender or even crumbly, depending on the amount used. (Also, this works on meat proteins, by making it harder for the protein to bind into a tough matrix while cooking.)

· As an alkali, it can steal hydrogen ions from the amino acids in proteins, making them more chemically reactive. These “deprotonated” amino acids and proteins can then more easily react with reducing sugars, speeding up the “Maillard Reaction” – the tasty browning that happens on cooked meats and baked goods.

· Many microorganisms and fungi can only survive in a limited range of pH. Baking soda works as a mild disinfectant/antifungal agent, by raising the pH beyond what the microbes/fungi can survive.

· It’s (currently) made out of carbon dioxide, common salt, and ammonia – three very common compounds. The process (Solvay) is relatively easy and inexpensive, as far as industrial chemical synthesis goes. If there was a “baking soda cartel” that conspired to raise the price of baking soda, they’d be easily outcompeted by any other manufacturer that charged even a little less. (Unlike, say, diamonds, which can be monopolized by controlling diamond-rich regions and investing in expensive processing equipment.) Eventually, the price would fall to the point of just barely covering production, distribution, wages/salaries, and factory maintenance.

AskUs: Why do we see black spots after looking into a bright light?