So one of our readers asked us this question the other day: What is the biggest distinguishable difference between Alzheimer’s and dementia? I know that Alzheimer’s is a more progressive form of dementia, but what leads neurologists and others to diagnose Alzheimer’s over dementia? Is it a difference in brain function and/or structure that is impacted?

Alzheimer’s is simply one form of dementia among several different kinds. A little bit of misinformation and vague ideas about imaging and whatnot, so here are a couple examples of the most common types of dementia roughly from most common to least common: 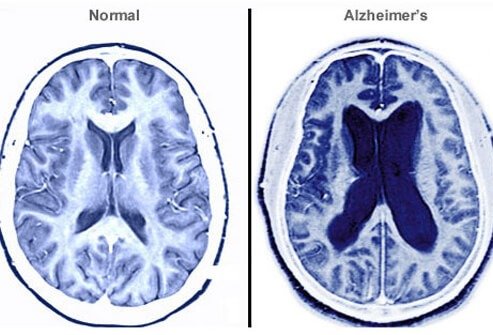 Alzheimer’s: The one that everyone is familiar with. This happens when there are abnormal deposits in the brain (beta-amyloid plaques and neurofibrillary tangles), but you can’t see these unless you look at a patient’s brain under a microscope post-mortem. The actual symptoms are ones most people are familiar with, including short-term memory loss (forgetting to keep appointments on several occasions, inadvertently leaving the oven on for hours), agnosia (inability to process sensory information, so not recognizing common objects, not understanding simple words), apraxia (inability to carry out learned tasks, like combing your hair or preparing a meal). Really the diagnosis is made when an individual is having the above symptoms in a slowly progressive fashion to the point that their symptoms are impairing their daily functioning (after ruling out any other strong possibilities). The only somewhat useful test if the disease has progressed far enough is a brain MRI, where you will be able to see global (whole brain) atrophy; the space between the brain and skull is noticeably bigger, and the ventricles (normal empty spaces filled with CSF) are also very large. There are ways to manage the progression, but this is essentially irreversible. 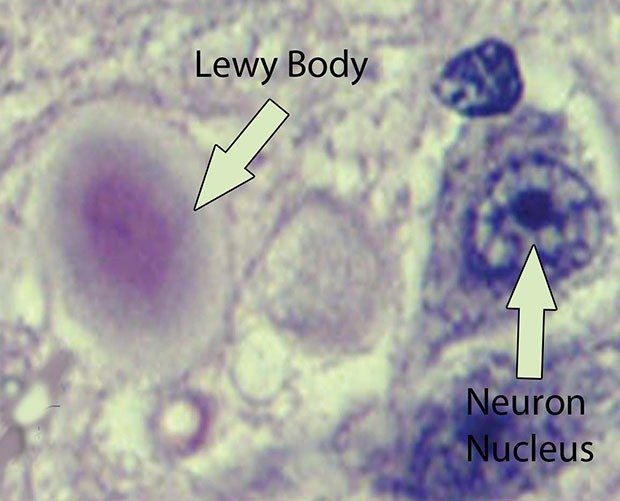 Lewy body dementia: This one is very interesting. The “Lewy body” in the name refers to the microscopic deposits in the brain, which are also seen in Parkinson’s disease (as well as a few other diseases under the umbrella term “alpha-synucleinopathy”). So, as one might expect, these patients have some of the usual dementia signs but also with symptoms seen in Parkinson’s. Resting pill-rolling tremor, “masked” facial appearance (blank stare), shuffling gait, cogwheel rigidity in the wrist, and postural instability. One of the other striking symptoms is vivid visual hallucination. Since this disease is so closely related to Parkinson’s, the typical medications used to control symptoms in Parkinson’s can also be used. The most effective of these is Sinemet, a carbidopa/levodopa combination. 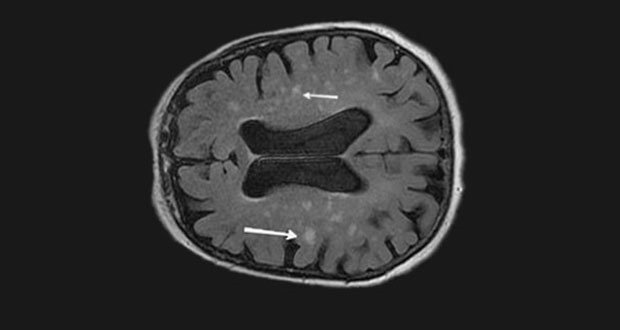 Vascular dementia: This is a type of dementia that is actually quite similar to Alzheimer’s in terms of characteristic symptoms. Increasing forgetfulness, not recognizing everyday objects or family members, etc. The major difference that makes this type of dementia stick out clinically is that the changes happen in a very obvious step-wise fashion. One day they only have 1 symptom, the next they have 2 symptoms. They’re then stable for a few months, then suddenly a 3rd symptom. This is because in these patients, microscopic infarcts occur where a very small vessel is suddenly blocked off and a tiny sliver of brain then dies. These are basically very small strokes happening in various locations. So every time a patient has one of these ‘mini-strokes’ (not to be confused with TIA or transient ischemic attack), a sliver of brain dies and they may or may not then suddenly develop a new symptom. Another dead giveaway would be if the patient looked like they had Alzheimer’s but had some kind of focal symptom, like facial droop or right leg weakness. If the disease has progressed enough, a brain MRI might reveal small dots of affected brain tissue. The best thing for these patients is managing their risk factors for stroke, i.e. good blood sugars if diabetic and good cholesterol if they have atherosclerosis. (Blood pressure control also very important). 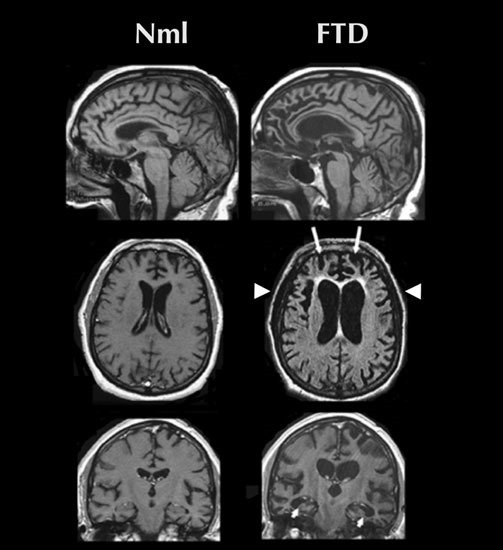 Frontotemporal dementia: Last of the top 4. Similar to Alzheimer’s with slowly progressive decline in memory etc. What sets this one apart, as you might guess, is generalized atrophy with even further damage to the frontal and temporal lobes. These patients can be very odd, because loss of brain matter in these lobes essentially makes them very disinherited. They lose awareness of social constructs and have a lot of difficulty controlling impulses.

This isn’t exactly my area of expertise, but I thought I would give a little more info in terms of how people with these disease actually act. Hope this helps.