So one of our readers asked us this question the other day: What was sex like when most people lived in 1 room/1 bedroom homes? Before multi-room homes became common, what was sex like and how was it different from today? If everyone in the family slept in the same room, did parents just have sex with the children present? Did they go outside? Sorry for the weird question, but I saw a movie set in the 1800s (no sex, but the family lived in a 1 bedroom home) today and it made me question it.

They just had sex. Couples would have sex with their children or relatives in the bed, there wasn’t the sense of taboo or privacy around it that we have today.

I’m also going to choose to interpret this as “when did sex become private in Western Europe”.

The term you are looking for is called “the invention of privacy.” The works and research in this field is somewhat obscure and highly complicated. The most important book, La Vie du privee–The History of Private Life–is nearly four volumes long. The other major (recent) work by McKeon is about 1000 pages and very difficult to read as a layman (or even as an expert…) and is called The Secret History of Domesticity 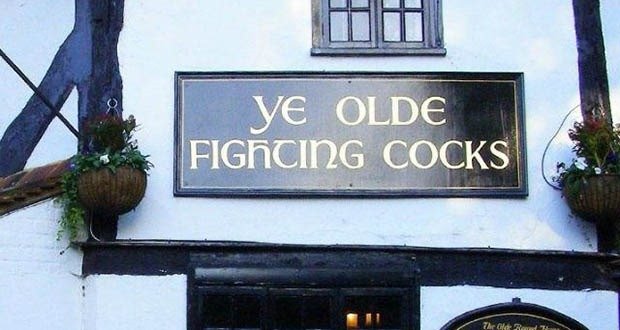 Prior to the sixteenth century in most of Europe, and well into the seventeenth century, there was no particular reaction, positive or negative about semipublic sex, nudity or sexual organs. These things were common, from what we know of surviving records in London, Paris, Florence, Venice, Milan, and other city records. For example, there were Cock and Hen bars in London, which would be equivalent to a singles bar today. In these clubs, what we would call nonpenatrative sex was on more or less public display, and indeed, it was common to see it in the streets as well.

Part of the reason for that is because there was no police force to enforce public decorum as we have today. And even if they were, they would not necessarily have had the authority to do anything about public lewdness, drunkenness, or other misbehavior as we would see it. In fact, it took nearly a half-century after the establishment of the Metropolitan Police in London for them to feel as if they had sufficient authority to punish morality offenders (see the numerous King and Queen declarations on this, esp. Victoria’s relation with the Police). 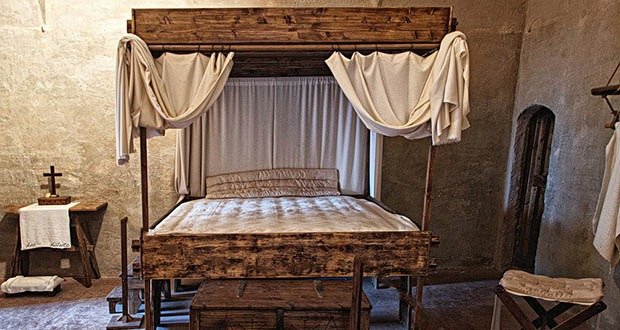 The larger part of it, however, had to do with ‘the invention of privacy.’ What I mean by that is that in the late middle ages and early renaissance, it was quite common for households to be one room, and in particular, to have one shared bed for the entire family. This meant that children would be in bed and in all probability witness or be aware of their parents making their siblings. Here’s Ian Moulton:

“[Over the course of the seventeenth century] Bedchambers-and the beds themselves-slowly shifted from being common living areas (in lower-class homes) or sites for social gatherings (in upper-class ones) to being what they are today-private space for the single person or couple who sleep in them. Reading became dominantly private and silent rather than spoken and communal.”

The shift happened because of two major reasons. The first is that building material became much cheaper and architectural knowledge became much more common, allowing the creation of multiple rooms, better heating, and what is termed ‘the creation of the upstairs.’ The second reason is a little more complicated, and stems, essentially, from the Protestant Revolution touched off by Martin Luther.

Between 1100-1300 the Catholic Church tried to discourage concubinage and loose moral standards among the upper and lower classes, with greater or lesser success. In fact, it became one of their central concerns: surviving records of English Church courts indicate that sexual and marital cases made up for between 60-90% of all litigation. Although this was successful in many places, one of the places it was notably unsuccessful was in Rome, the capital of the Church and the center of the Christian world. This is something that was frequently satirized and mocked by humanist reformers such as Boccaccio and, of course, Aretino.

As Dabhoiwala notes in his Origins of Sex:

“Sex was central to the Reformation’s reshaping of the world. To Protestant eyes, the Catholic church’s whole attitude to sexual morality seemed pathetically lax and dishonest. Its priests were lecherous parasites: the ideal of clerical celibacy was no more than a joke. [Church] courts were not nearly fierce enough in pursing sexual offender and punishing their moral sins… Particularly scandalous was the toleration [and regulation] of prostitution.”

Indeed, Dabhoiwala continues: “[Luther and other] protestants advanced a purer, more rigorous morality. The Catholic aspiration to celibacy was jettisoned as unrealistic and counter-productive… On the other hands, God’s many pronouncements against whoredom were to be taken even more seriously: all sex outside marriage should be severely punished.”

So, the general public did not really care one way or another about public display of private organs or sex. The Church did, but was not able to control the laity, thus helping Luther in his crusade and helping to create a sense of privacy in protestant culture.

That covers the Protestants, but what about the Catholic reaction and Counter Reformation?

Envoys at the Council of Trent pointed out that some of Luther’s critiques were correct: “citing information garnered from an extensive visition of Bavaria in 1558, [an envoy] painted a dark picture. The vast majority of the parish clergy was ignorant and infected with heresy. Out of a hundred only three or four were not secretly married or keeping concubines, to the great scandal of the faithful.” Furthermore, it was common for upper-class men to clandestinely marry or promise marriage to women of lower station to ‘get into their pants,’ and then, if she got pregnant, to deny ever having been married.

The result was the Tamesti which stated that “whereas clandestine marriages had previously declared valid, though blameworthy, all would be deemed invalid unless celebrated before a priest and at least two witnesses.” In O’Malley’s view “No single provision of the entire council affected the Catholic laity more directly than Tamesti… The approval and implementation of Tamesti meant that in the future the church recognized no marriages between Catholics as valid unless it had been witnessed by a priest.” The intention and effects of Tamesti were, in a way, feminist in the sense that they sought to protect and enfranchise women against being abandoned due to clandestine marriages.

This debate, probably more than anything else, has had a profound impact and influence on our lives today. For example, in modern times we often consider anything that has to do with sex or sexuality as ‘private’ and something that should occur ‘behind closed doors.’ In the sixteenth, seventeenth, and even the early eighteenth centuries this was not necessarily the case (though it became increasingly so as time progressed).

In fact it was not uncommon for sexual acts to take place in a bar or in public, and witnesses would think very little of it.

Again, this was a period where entire families would share the same bed and children were likely to know just how their parents made new siblings. The splitting of the private and public world that happened as a result of the Reformation and Counter-Reformation had an impact on the architecture of the home and the attitudes around sex. Occurring first among the upper classes, who were likely already accustomed to formalized and public marriages. They then began to be adopted by middle and lower classes, slowly at first and then with increasing rapidity until public and private life came to be a cultural standard.

Of course, this is not to say that no one hid intercourse or tried to achieve privacy before this time period, but it was much different in cultural context.