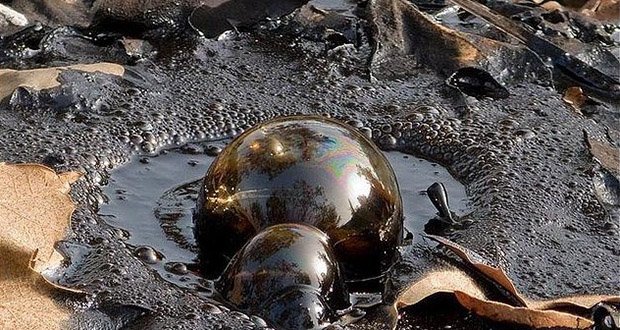 So one of our readers asked us this question the other day: What would have happened to Oil if humans had never drilled it? Does it become a rock if left alone? Become a gas that bubbles though the cracks to the surface? or has not enough time passed yet to say? Also, what happens to the earth now that you’ve drilled everything out?

Buried hydrocarbons work their way through the carbon cycle in one of two ways:

A – They may find their way to the surface, either through the joint action of uplift and erosion or natural oil/gas seeps. In this case, they get oxydized and converted to CO2 by specialized microbes. Some of these seeps support rich faunas of specialized microbes living complex often symbiotic relationships with methane consuming microbes.

B – They get buried at progressively deeper levels until they reach temperature conditions where they become unstable. Throughout that burial process, they will convert to progressively shorter carbon chains through a process called thermal maturation. At maximal maturity, hydrocarbons are mostly stored as single-carbon bearing molecules (methane). Beyond the thermal stability of methane, the molecule will convert to inert carbon (graphite) and release hydrogen which usually at those depths and pressures binds to oxygen and forms water or hydroxide.

The carbon cycle through the crust of the earth is a dynamic process which never really stops, albeit its progress rates seems insufferably slow at the scale of human lives.

Interestingly oil actually moves quite quickly. Some estimates put natural movement at up to 1m/year with natural buoyant forces. It’s just that they get trapped pretty easily too so they end up sitting still most of the time.

Now to answer the second part of your question, What happens to the earth now that you’ve drilled everything out?

Only a fraction of the hydrocarbons in place is recoverable, and they occupy pore space in their host-rock, not unlike water filling the voids of a sponge (albeit wet sand might be a better analogue). It is not unusual nowadays to pump steam or water behind the hydrocarbons to assist their progress towards an extraction well, so those fluids would then replace the hydrocarbons in the pore space after migration, not unlike pushing at the back of a tube of toothpaste to get the most out.

That being said, if there is no fluid substitution, the pore space may collapse onto itself, not so much as a sink hole crashing down but more in a manner similar to an over-exploited aquifer. Regional subsidence rates in the order of 400 mm/year were measured in the St-Joaquim Valley, and of 300 mm/year were measured over oilfields in the Yellow river delta.

AskUs: Does the weightlessness affect blood circulation in astronauts?