So one of our readers asked us this question the other day: Why are most space images “colorized”? Is it simply to make things look beautiful and to inspire wonder in people? Why not just color them as humans would see them if they were there with their own two eyes?

It is commonly asked if the vibrant colors in images of deep space correspond to what a hypothetical explorer would see in space, and the short answer is flat out “no.” The human eye is unable to take in enough light to see things the way that cameras are able to, let alone many of the color combinations that would require our eyes to process light in an entirely different way.

While it may seem deceptive to some people, the creative freedom involved in processing cosmic images is integral to the public’s enjoyment and understanding of them. A team at the Harvard-Smithsonian Center for Astrophysics ran a project called “Aesthetics and Astronomy” in order to study how people perceive images of space. Scientists and educators collaborated in order to find out how laypeople and professionals interpret images of astronomical objects.

Astronomical images can be beautiful with their color combinations and the vivid contrast between bright glowing gases and the darkness of space. What they mean to the viewer depends on the perspective of the viewer. While the layperson might associate the color red with heat, an astronomer’s work conflates the most intensely hot places with the color blue. Thus, what each image means to each individual person can vary wildly. While it helps to understand the different types of images and why the colors are assigned where they are, it’s also important to consider the psychology of color.

When science is put aside and the image is being processed either for mass publication or just for fun aesthetics can be the primary motivator behind choices in color. The intent might be to make the image subjectively “better” in the eyes of the person doing the processing or simply bring out greater detail and make the image more accessible.

What is “Visible Spectrum” and what can humans actually see? 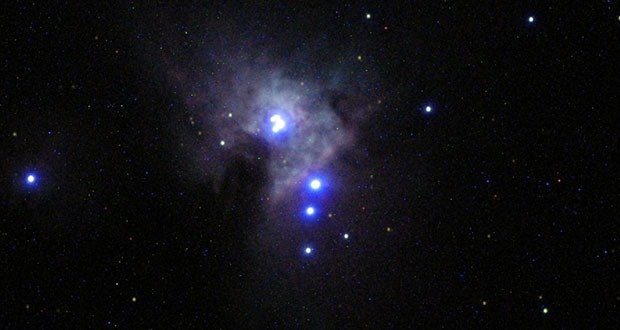 The visible spectrum for humans is emissions between 390nm to 700nm which is what a healthy human eye is capable of seeing. When we are talking about the processing of astronomical images visible spectrum images can be of two types: 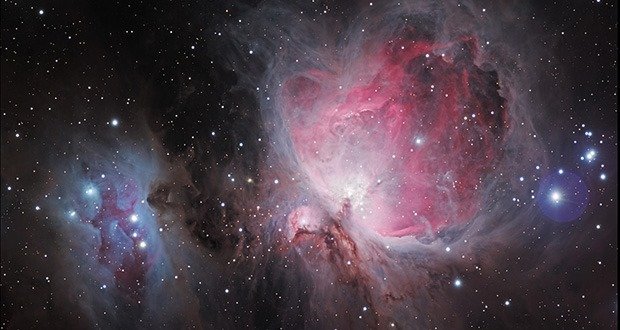 When we talk about color it’s a tricky subject because really, what is “true color”? Even if we agree the definition of true color is “as seen by the human eye” there is still the question of whether or not we add “through the atmosphere” or not to the definition, how close the observer is/would need to be to the object, and whether we mean “under normal circumstances” or “if you could gather enough light without blinking.” Also, our eyes evolved to see light and color in one way but an alien might see light and color an entirely different way and nature is giving off light in a huge range; who are we to say what “true color” is.

You also need to remember that most of these objects are so faint that what you would see with your naked eyes (even with a telescope) is often just a grey blob. You’re simply not capable of gathering enough light to see the objects even in the way you’re technically capable of seeing them.

SSC/NASA “What is a false-color composite?”

AskUs: After the big bang, why didn't the universe re-collapse under its own self-gravity?