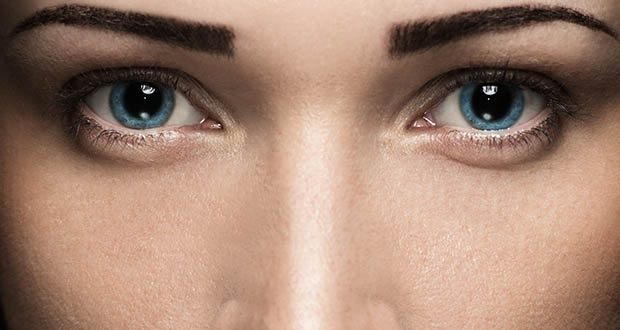 So one of our readers asked us this question the other day: Why do the pupils in our eyes dilate when we see someone that we are attracted to?

This is an effect of activating your sympathetic nervous system. Basically, your nerves have two settings: sympathetic (fight or flight) and parasympathetic (rest and digest). Both systems are active harmoniously, but the balance can be shifted in response to the environment.

When you’re just sitting there chilling, the parasympathetic nervous system is dominant. This emphasizes functions such as digestion.

When something triggers it, such as seeing your crush, or being chased by a bear, or trying to kill a wasp that flew into your car when you rolled the windows down and now you’re flailing for dear life, a hormone surge and the sympathetic nervous system becomes dominant. The physiological effects of this are what someone might describe as an adrenaline rush. An increase in the sympathetic nervous response results in pupil dilation to allow us to take in more visual stimuli if your life was really in danger.

Some physiological effects of the sympathetic system are pupil dilation, increase in heart rate and contractility, and dilation of blood vessels in your skeletal muscles and extremities which diverts blood flow away from your gut, slowing digestion.

AskUs: Why is the Fertile Crescent now a desert?