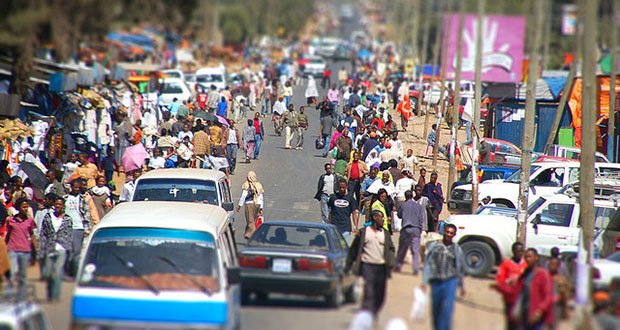 So one of our readers asked us this question the other day: Why is Africa not as developed as the other continents besides Antarctica?

Africa isn’t uniform in its rate of development right now, not by a long shot. There are certainly areas of Africa that are doing better than others. Although looking back now, most of the main reasons relating to its overall slower rate of development can be traced back to colonialism and the poor decolonization process.

Remember that these colonies weren’t designed to be fully functioning independent entities during the colonial era. They were largely there to export resources, and therefore, had incredibly dysfunctional economies after independence. The European nations didn’t give them a whole lot of support in many cases, because nationalistic sentiments in many nations prevented them from asking for help, the decolonization process created a lot of armed conflicts and left a bitter taste in their mouths, and they weren’t willing to become the pawn of their former colonizers in exchange for what probably would have been questionable gains.

Africa, then, was left terribly unindustrialized for the most part. Europe didn’t use Africa for industry, instead it was a mining/farming/resource extraction/tourism type of deal. This meant that these nations were incredibly tied to the few cash crops or resources or tourist sites and any changes in the international market would damage the economy quite a bit, and change it did. In some of these nations, the infrastructure needed to extract these resources weren’t even in place, so people went back to subsistence farming. Many of these mining outfits are now basically controlled by white folks or China, and how much money actually goes back to Africa is questionable.

There are a lot of places with major political instability as well. This, you can argue, is also a byproduct of the inadequate preparation for a native administration in the colonial period, but that’s not the entire story. The Cold War came in and allowed for the US and Soviet Union to back certain dictators and factions and by pumping money into Africa for these regimes, unwittingly (or perhaps not) legitimized a lot of these, despite not really having the people’s approval. With the advent of nationalism, which is a wholly European invention and didn’t apply to tribal-era Africa, you see a lot of inter-tribal conflict and wars and sometimes, like in Rwanda, genocide. The Rwandan genocide was wholly based on Belgian-set racial lines – the Hutus and Tutsis aren’t even real races or ethnicities, but the Belgians made it so, and look at it now.

There’s also the prevailing AIDS infection rate, and its spread is partly due to the lack of education and healthcare facilities in many of these areas. There really has been trouble getting many of these Africans to use condoms. A popular Malawian saying is “You can’t eat candy with the wrapper on”, and that’s the sentiment across Subsaharan Africa, unfortunately.

There are also areas where ancient rivalries have become flashpoints, like the Sudan, where the Arab/African conflict is pretty ancient, but now they have automatic weapons. You can also see this Muslim/Christian conflict in northern Nigeria, for example.

However, I can make the argument that very few countries in the post-colonial world have actually been able to join the ranks of the developed nations. Most countries after colonialism have faced significant problems in the development and political stability realms and there are failed states everywhere. Think Afghanistan, for example (wasn’t actually a colonial possession, but during the Great Game it was a buffer state against the UK and Russia). Places like Indonesia, Colombia, Sri Lanka, and El Salvador all gained independence at different times and all have had major problems with instability and violence.

It might be more beneficial to ask which countries have actually fared reasonably well after decolonization, and really, the answer is Singapore (and Brunei, but it wasn’t a colony, and UAE, but that also wasn’t a colony). By decolonization I mean the period of time specifically since the interwar period, because the nature of the colonies that gain independence before this period usually lack the same sort of nativist nationalist sentiment or challenges faced in a polarized, usually hostile world.

AskUs: What made China and India the most populated countries in the world?

AskUs: How were movies like Wizard Of Oz (1939) made in color well before color movies became the norm(1960s)