So one of our readers asked us this question the other day: I read this fact somewhere, “The intense gravity at the center of the sun causes time to move more slowly, meaning the core is approximately 39,000 years younger than the surface.”

I really don’t understand how time can change because of anything but time, and maybe distance, because I generally understand how traveling far and returning (I am citing a moon mission, John Glenn as the person perhaps) has had discrepancies in the clocks by 7 or 17 minutes. How does gravity affect time? Does that mean time moves differently on the moon vs mars vs saturn?

I’m going to try to explain general relativity here in a way that it is hopefully accessibly enough that a layperson can get it. 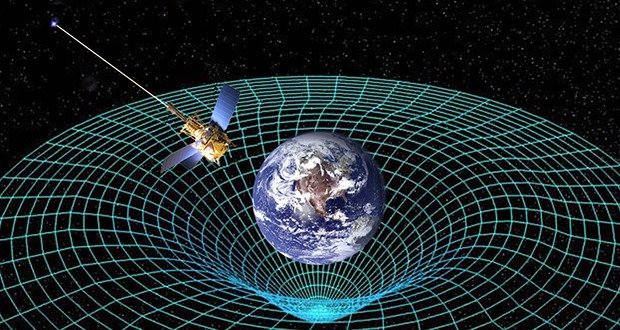 “How can this be?” you might ask. What does it even mean to “compress” the spatial dimensions? Well, it turns out that the gradient (the “density”) of the dimensions can change. Picture a tablecloth spread out flat; now draw some dots on the tablecloth that are more or less evenly distributed. Now, scrunch up a bit in the center; some of the dots on the tablecloth are now closer to each other than before. 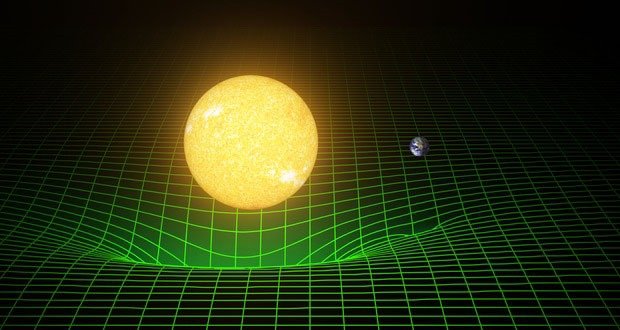 How significant is this effect? Well, for most everyday items, it’s almost negligible. In fact, it’s pretty much completely ignorable for anything smaller than an astronomic body. For masses on the scale of planets or stars, spacetime warps significantly. Since there is more mass concentrated toward the center of these masses (such as the sun), there is more warping.

What are the effects of warped spacetime? Well, the effects on the spatial dimensions are familiar to everyone: Gravity. The denser the spatial dimensions, the more energy is required to move away from the source of the warping. Think back to the tablecloth. Imagine that it takes 10 joules of energy to move from one dot on the cloth to the next dot on the cloth, perhaps one inch away when the cloth is spread evenly. Now scrunch it up; it still takes 10 joules to move from one dot on the cloth to the next, but now the points are only 0.025 inches away! You now require more energy to move the original one inch, even though it’s the same amount of energy to move from point to point. This is the idea of the gravitational well: in order to move away from a massive body, you need to apply the amount of energy that would be required to move the distance if space had not been condensed by the presence of the mass (which again is just confined energy).

Hopefully this helped. It requires a bit of mental imagery. Keep in mind that I’m not a physicist, just someone who thinks he knows things, so I may have gotten a few minor things wrong. Still, I’m pretty sure that this is generally correct.

AskUs: What led to the Ottoman Empire decriminalizing homosexuality in 1858?

AskUs: What was sex like when most people lived in 1 room/1 bedroom homes?