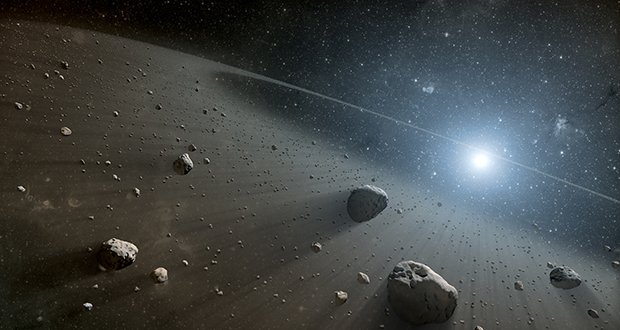 So one of our readers asked us this question the other day: Will the asteroids in the asteroid belt eventually clump together and form another planet?

The answer is no. Here’s why:

In fact its generally believed that the asteroid belt is left over from terrestrial formation processes that formed the inner solar system. The leading theory is known as the Grand Tack Model, which posits that Jupiter formed closer to Earth than it is today. When captured in Mean Motion Resonance with the forming Saturn, the two planets ‘Tacked’ back to their current locations. However since Jupiter was closer when the terrestrial planets were forming, it truncated the growth of Mars and formed the asteroid belt we know today.

AskUs: Can dogs tell the difference between male and female humans?