Here are 32 Interesting Facts About Castles.

1. For 23 years the French have been building a real medieval castle using only medieval construction techniques. – Source

2. There stands a castle in the Czech Republic that to this day has a moat filled with BEARS. It’s called the “Bear Moat” and it was first filled with bears in 1707, if not earlier. – Source

3. There are 5 temples in Kyoto, Japan that have blood-stained ceilings. The ceilings are made from the floorboards of a castle where warriors killed themselves after a long hold-off against an army. – Source

4. Predjama Castle was under siege by the Austrian army for almost a year. The castle lasted so long because it had a secret tunnel in the back that brought food to the castle. The siege ended only when the ruler died on the latrine after getting hit by a cannonball. – Source

5. Dover Castle is the largest castle in England. There are over 3 miles of secret wartime tunnels snaking deep into the cliff. Many of these tunnels are still undiscovered. – Source 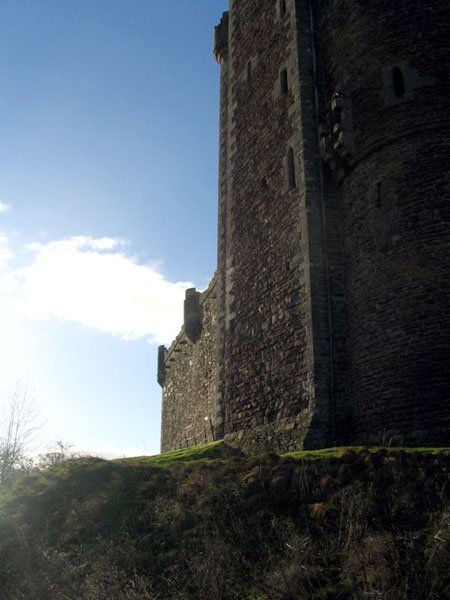 6. Nearly all the castles depicted in Monty Python and the Holy Grail are actually Doune Castle from different angles. – Source

7. The Windsor Castle has horological conservators. Their job is to check the 400(WC) and 600(BP) clocks daily, wind them all once a week, and reset them for Daylight Savings Time. The clocks in the kitchen are set 5 minutes fast to ensure the food comes out on time. – Source

8. In medieval castles, stairwells ran clockwise, so attackers coming up the stairs had their sword hands (right hand) against the wall’s interior curve which made it hard for them to swing their swords. Defenders had their swords on the outside wall, which meant more room to swing. – Source

10. There are castles for sale in France cheaper than old two-bedroom apartments in Australia. – Source 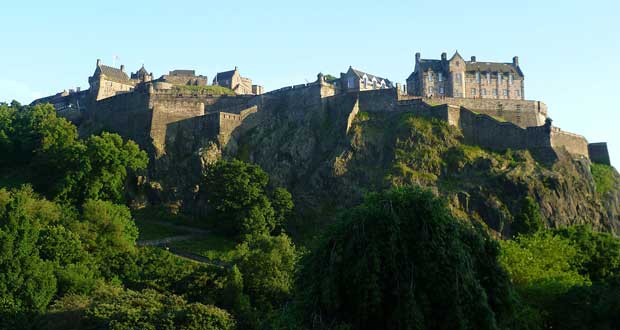 11. Edinburgh Castle is so old that by the time of the first definite mention of it in literature its founding was already shrouded in myth and legend. – Source

12. In 1921, White Castle changed the Nation’s perception of beef from “low-grade meat likely to be richer with E Coli than nutrients” by creating a logistics system having fresh beef delivered twice a day and on display in the front of their shops, as well as inventing the hamburger bun. – Source

13. Outside of Washington, D.C., a Virginia man built a castle to be fully defensible in the case of nuclear Armageddon. Built entirely by its owner, it has three heating systems and a maze of underground conduits, and it has been used as a meeting place for a group of self-professed vampires. – Source

14. When workers were renovating Ireland’s Leap Castle, they found so many human remains impaled on wooden spikes within a wall, it took three cartloads to remove them. – Source

15. Cinderella’s Castle at the Magic Kingdom uses a technique known as forced perspective, meaning it gets smaller as it gets taller, giving it the appearance of being much bigger than it really is. – Source 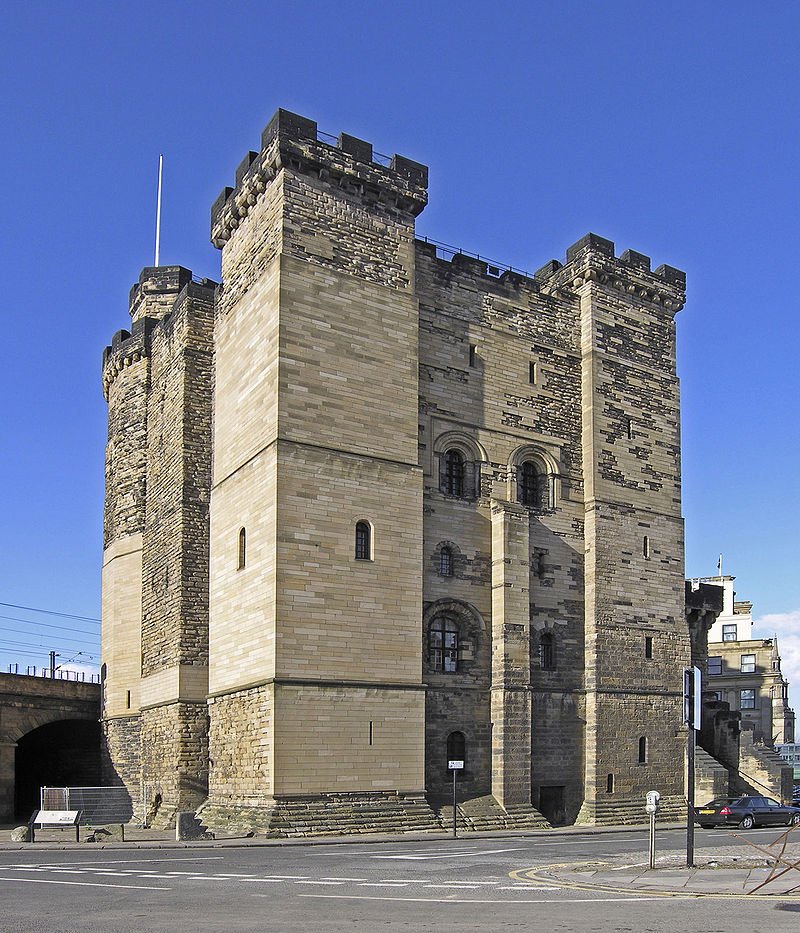 16. The ‘new castle upon the Tyne’ which gives Newcastle upon Tyne its name dates back to 1080 AD, built by the son of William the Conqueror. The castle was called ‘new’ because it stood on the site of a 2nd-century Roman fort and an Anglo-Saxon town. – Source

17. Hauska Castle has been constructed over a large hole in the ground that is allegedly a “gateway to Hell”. Legend has it that when construction began in the castle, all of the inmates that were sentenced to death were offered a pardon if they consented to be lowered by rope into the hole. – Source

18. Bishop’s Castle is the largest one-man architecture project in the world. Jim Bishop has been building, by hand, his very own castle in the mountains of Colorado. The stone castle is 16 stories high with cathedral windows, spiral staircases, iron walkways, and a fire-breathing dragon. – Source

19. A group of American and German forces actually fought side by side during the last days of WWII to defend a castle against attacking SS forces. – Source

20. Enya owns a castle and it is fortified to keep out crazed stalkers who attack the staff. – Source 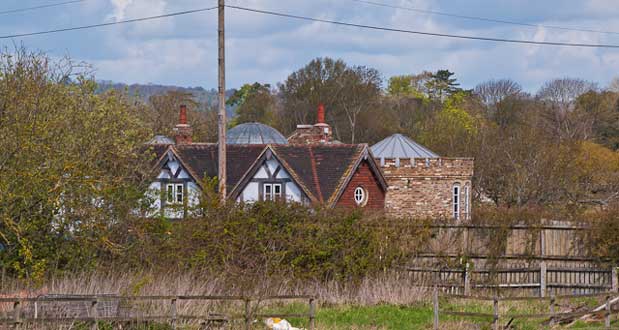 21. A British man named Robert Fidler asked for permission to build a mini castle on his farm. Permission was not granted, so he built it secretly and hid it behind haystacks for 4 years, believing that if nobody complained for 4 years he could keep it. – Source

23. The term “loophole” comes from the name given to small windows in castles, where archers shot at attackers without the fear of being hit. At first meaning a small opening in a seemingly impenetrable defense, the term evolved to mean a spot where the law can be exploited without actually broken. – Source

24. Hearst Castle, built by William Randolph Hearst on the Central Coast of California, once contained the world’s largest private zoo. Most of the animals were relocated by 1953 but zebras still roam the property today. – Source

25. The UK’s Secret Intelligence Service is said to train secret agents in field operations at a star-shaped 1700’s castle called Fort Monckton. It is known as the No.1 Military Training Establishment & is guarded by razor wire, high-intensity lighting & “in-house” security staff. – Source 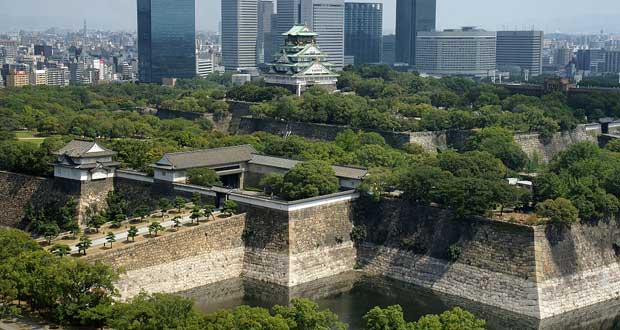 28. During the construction of Maruoka castle in 1576 there were problems stabilizing the stonewalls. It was decided that a human sacrifice was needed to appease the gods. A blind peasant woman volunteered to be a hitobashira (human post) in exchange for her son to be made a samurai. – Source

29. Almost half a million tourists come to Romania each year to visit Bran Castle, also known as Dracula’s castle, located in Brasov, Romania 170 km north of the capital Bucharest. – Source

30. Caerphilly Castle in the UK has a tower that leans at a steeper gradient than in Pisa. – Source 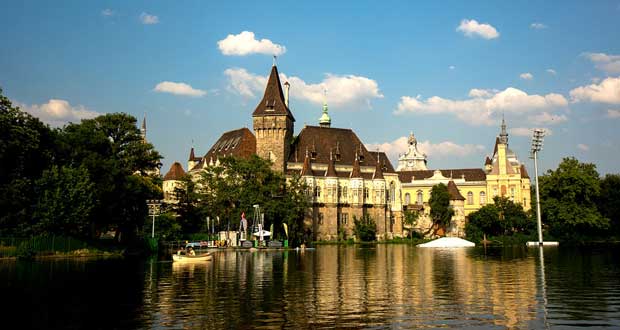 31. Vajdahunyad Castle is a Hungarian Castle that was originally made of cardboard and wood. It was later upgraded to stone due to its popularity. – Source

32. The most valuable dollhouse in the world, Astolat Castle, is worth 8.5 million dollars and contains original works of art, gold chandeliers, inlaid marble bathrooms, artifacts from Pompeii, and the world’s smallest antique Bible. – Source