So Could you stand on a gas planet or would you “fall” to the center?

For the interior of Jupiter, let’s imagine taking a descent from cloud-tops down to the core based on our best guesses of what lies below. 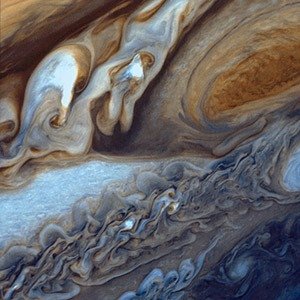 You start falling through the high, white ammonia clouds starting at 0.5 atmospheres, where the Sun is still visible. It’s very cold here, -150 C (-240 F). Your rate of descent is roughly 2.5x that of Earth, since gravity is much stronger on Jupiter. 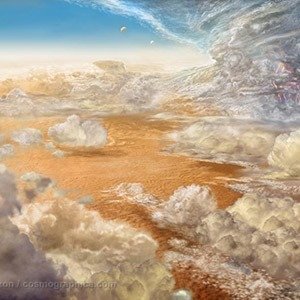 You emerge out the bottom of the cloud deck somewhere near 1 atmosphere. It’s still somewhat bright, with sunlight filtering through the ammonia clouds much like an overcast day on Earth. Below, you see the second cloud-deck made of roiling brown ammonium hydrosulphide, starting about 2 atmospheres. 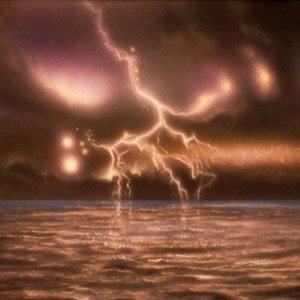 As you fall through the bottom of this second cloud deck, it’s now quite dark, but warming up as the pressure increases. Beneath you are white water clouds forming towering thunderstorms, with the darkness punctuated by bright flashes of lightning starting somewhere around 5 atmospheres. As you pass through this third and final cloud-deck it’s now finally warmed up to room temperature, if only the pressure weren’t starting to crush you.

Emerging out the bottom, the pressure is now intense, and it’s starting to get quite warm, and there’s nothing but the dark abyss of ever-denser hydrogen gas beneath you. You fall through this abyss for a very, very long time. 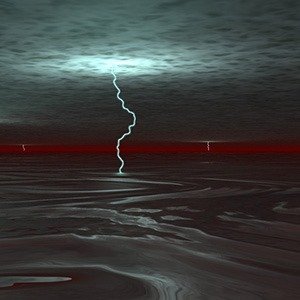 You eventually start to notice that the atmosphere has become thick enough that you can swim through it. It’s not quite liquid, not quite gas, but a “supercritical fluid” that shares properties of each. Your body would naturally stop falling and settle out somewhere at this level, where your density and the atmosphere’s density are equal. However, you’ve brought your “heavy boots” and continue your descent.

After a very, very long time of falling through ever greater pressure and heat, there’s no longer complete darkness. The atmosphere is now warm enough that it begins to glow – red-hot at first, then yellow-hot, and finally white-hot. 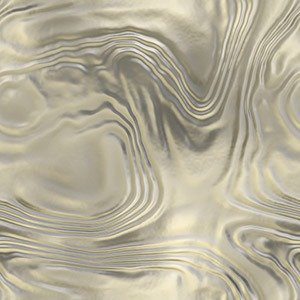 You’re now 30% of the way down, and have just hit the metallic region at 2 million atmospheres of pressure. Still glowing white-hot, hydrogen has become so dense as to become a liquid metal. It roils and convects, generating strong magnetic fields in the process.

Most materials passing through this deep, deep ocean of liquid metallic hydrogen would instantly dissolve, but thankfully you’ve brought your unobtainium spacesuit…which is good, because it’s now 10,000 degree Celsius (18,000 F). Falling ever deeper through this hot glowing sea of liquid metal, you reflect that a mai tai would really hit the spot right about now. 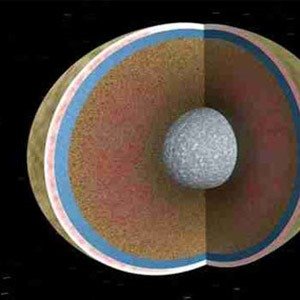 After a very, very, very long time falling through this liquid metal ocean, you’re now 80% of the way down…when suddenly your boots hit a solid “surface”, insomuch as you can call it a surface. Beneath you is a core weighing in at 25 Earth-masses, made of rock and exotic ices that can only exist under the crushing pressure of 25 million atmospheres.

You check your cell phone to tell you friends about your voyage…but sadly, it melted in the metallic ocean – and besides, they only have 3G down here.

TL;DR: You would stop falling about 10% of the way down, where your density matches the density of the surrounding hydrogen “supercritical fluid”.