1. The Dallas/Ft. Worth metroplex encompasses 9,286 square miles (24,100 km2) of the total area making it larger in area than the U.S. states of Rhode Island and Connecticut combined. – Source

2. The city of Dallas, Texas has lost every single one of 82 court cases against the same man, Robert Groden, over several decades. – Source

3. During the 2016 Dallas police shooting, officers used a bomb disposal robot armed with C4 to kill the shooter, which is the first time in history American police have delivered lethal force via an unmanned vehicle. – Source

4. A team of Material Scientists at the University of Texas at Dallas have developed artificial muscle that is 100X stronger than organic muscle and is constructed out of ordinary fishing line. – Source

5. In 2014, Dallas Police were engaged in a six-hour standoff with an empty apartment. – Source

6. 7-Eleven started in Dallas, TX; has gone bankrupt twice, and is now a Japanese company. – Source

7. In Dallas on Elm street where JFK was shot, there are X’s on the street to signify where he was hit. – Source

8. There is a restaurant in Dallas that has no set location, no set menu, no set prices and can only be visited by registering for an anonymous e-mail which goes out one week before you’re expected to attend for dinner. – Source

9. Love Field in Dallas once had a roller disco, movie theaters and an ice skating rink in its terminal. – Source 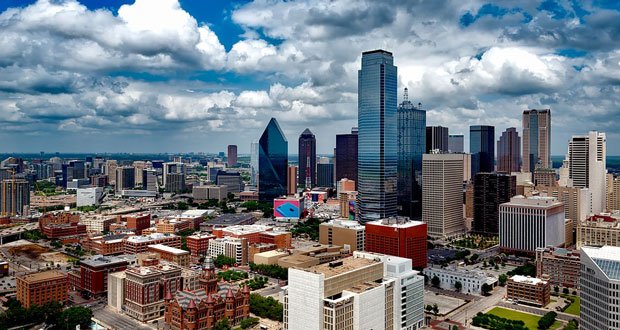 12. The Dallas Safari Club sold a $350,000 hunting permit for the critically endangered and heavily poached black rhino as a way to raise money for the conservation of that same rhino species. – Source

13. A church in Dallas spent over $4 Million on an Aquarium. – Source

15. In Nov.1963, a fake-news flyer was distributed in Dallas days before JFK’s assassination in revenge for the JFK administration prosecuting a Hatch Act violation. – Source

16. The Kirby’s Pig Stand, in Dallas, Texas, was the first drive-in restaurant in the U.S. and revolutionized the (fast) food industry. – Source