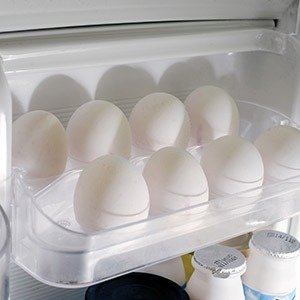 1. Refrigerating eggs is not necessary, and that in many countries outside the US, eggs are kept at room temperature. US regulations require that eggs be power-washed, which removes all organic matter (and any harmful bacteria) but also strips the egg’s shell of its protective coating, thus rendering it more porous and open to contamination. A synthetic coating is often applied in commercial operations to combat this but the eggs are still refrigerated. – Source

3. An estimated one-quarter of all black swans pairings are of homosexual males. They steal nests, or form temporary threesomes with females to obtain eggs, driving away the female after she lays the eggs. – Source

4. You can “peel” hard boiled eggs by blowing the egg right out of the shell. – Source

5. Due to their similar protein composition, blood can be used as an egg substitute in baking and making ice cream. – Source 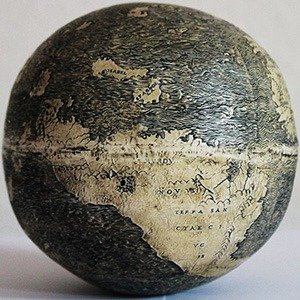 6. The Ostrich-Egg Globe may be the oldest globe, dated 1504, to depict the New World, engraved with immaculate detail on two conjoined halves of ostrich eggs. – Source

7. You absorb roughly half the protein from an egg if you eat it raw vs cooking it. In other words, Rocky would have been better off frying his eggs as opposed to drinking them raw. – Source

8. Fake chicken eggs are becoming a problem in China. They are made to look like the real thing from a mixture of resin, coagulant and starch complete with pigment for color as well as a counterfeit shell. One person can make approximately 1500 of them per day. – Source

9. In 1806, a con artist named Mary Bateman inscribed “Crist is coming” on chicken eggs before shoving them back up into the chicken. She charged a penny to witness the eggs being laid. Later, Bateman was executed for murder and strips of her skin were sold as charms to ward off evil spirits. – Source

10. There is a type of Catfish that lays its eggs among the eggs of the Cichlid fish, which carries its young in its mouth. These eggs will then hatch first inside the unwilling adoptive mother’s mouth, and proceed to eat the Cichlid eggs present before being released by the Cichlid. – Source 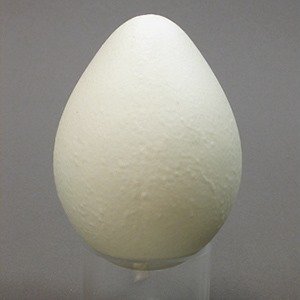 11. In 1912, three men set out to recover emperor penguin eggs from Antarctica. It was so cold one man’s teeth chattered so violently that they shattered. When he returned to the UK the National History Museum refused to accept the eggs. – Source

12. Emerald Cockroach Wasp injects venom into a specific part of a cockroach’s brain to stop its escape/survival instinct response. Then it lays an egg in the cockroach’s abdomen. The larva eats the organs in a specific way to keep the roach alive before it cocoons and leaves its body. – Source

13. Only 1 of every 20,000 eggs might contain the bacteria. So, the likelihood that an egg might contain salmonella is extremely small – 0.005% (five one-thousandths of one percent). At this rate, if you’re an average consumer, you might encounter a contaminated egg once every 84 years. – Source

15. The reason why breakfast isn’t served all day at McDonald’s is mainly because the grill temperature required to cook beef patties is significantly different from the temperature at which eggs are cooked. – Source 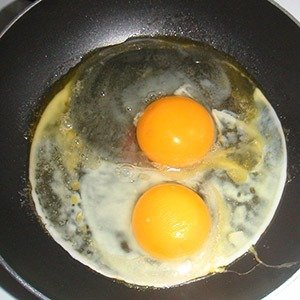 16. The American Egg Board disapproves of the iconic “This is Your Brain on Drugs” ad campaign because it could make kids think eggs are unhealthy. – Source

18. In 1474, a chicken passing for a rooster in Basel, Switzerland was sentenced to burn at the stake for committing the “heinous and unnatural crime of laying an egg.” – Source

19. A hen turns her egg nearly 50 times each day to keep the yolk from sticking to the side. – Source 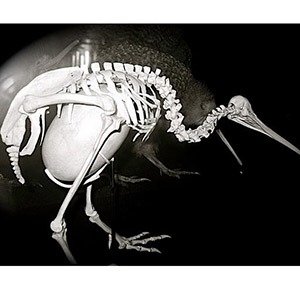 21. Kiwis lay the largest egg in relation to their body size of any species of bird in the world.

22. The word “yolk” is derived from an Old English word that means “yellow.” Therefore it is egg white and egg yellow. – Source

23. Though it is very rare, Chickens can lay eggs that contain another complete egg inside. – Source

24. In the 1950s, physicians performed accurate pregnancy tests by injecting urine from the supposedly pregnant women into a frog. If the frog produced eggs within 24 hours, pregnancy was deemed positive. – Source

25. [Warning! Yucky fact] Over 11% of all Americans are infected with parasitic Pinworms, which make your ass itch at night when they come crawling out of your anus to lay their eggs. This makes you scratch your ass and helps these sticky eggs spread, often to your own breakfast, thereby repeating the cycle. – Source