So one of our readers asked this the other day.

Explain me about the Yakuza culture in Japan. How are their activities tolerated, how is membership legal, how are their operations functioning so apparently publicly? And what does the recent publicized split mean for the operations of these organizations in the future?

Their activities are tolerated because they are organized and don’t mess with the government. Lot of times, they are part of the system in which they operate. They protect a lot of local businesses for money. Sometimes they even hire homeless. Because they are so big it isn’t possible to suddenly just arrest everyone. The members at the top are smart while the members at the bottom level get the dirty work, but are also the ones most likely to be arrested due to being stupid for things like being drunk in public, etc. Recently there was a scandal involving Olympus (camera company) where they were found to be dealing with the Yakuza. Yakuzas basically work behind the scenes doing a lot of illegal stuff, but not to the point of forcing the government to crack down hard on them. 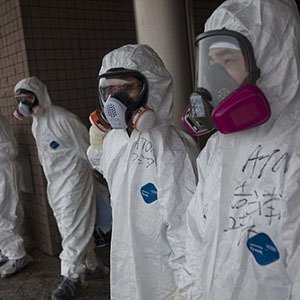 To elaborate on the homeless job part, it was recently in the news that Yakuza members went around offering homeless high pay per hour jobs but without specifying kind of job they had to do. What they were actually getting hired to do was the dangerous job of cleaning up toxic waste around Fukushima. Basically, Yakuzas are used by corrupt companies to do dirty work while let the company looks innocent.

Also the recruiting process is usually like this. They have people going around and if you look like the type they may ask you if you need money or job. Once you join though it is hard to get out. However, walking in the streets you won’t notice them unless you’re actively looking to join a gang. 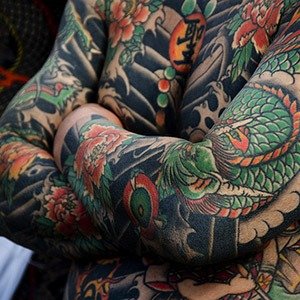 Yakuzas usually have big colorful tattoos. Depending on the tattoo drawn and its size you can tell how higher they are in the ladder. Tattoos are a taboo in Japan and a lot of times onsens (bath houses) ban people with very large tattoos to avoid yakuza messing around. Sometimes foreigners face this too. While they in fact do do things to get community’s support like lets say raising money, it is just propaganda. In reality Yakuza are take advantage of those weaker than them by using intimidation.

The yakuza is similar to the Italian mafia. The yakuza and the mafia do not kill or threaten the general public. In fact they usually get support from the lowest classes. In Tijuana, when the Italian mafia ran it in the sixties, it was generally safe as the mafia didn’t tolerate American tourists being harmed. Bad for business. When they left, the Mexicans took over and it became dangerous.

Mexican and Russian organized gangs are unusual in that their gangs get no support from the people and they kill police officers and government officials. This is generally not true of the yakuza and the Italian mafia. 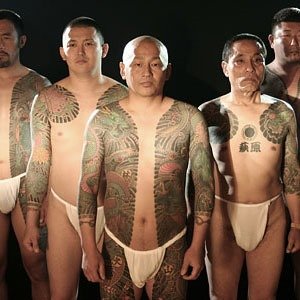 There’s also a kind of utilitarian motive. The Yakuza controls a huge slice of all illegal activities in Japan, and they know they are only tolerated because they act reasonably. If they were removed from the equation, that niche would fill with a multitude of low level groups – many of which which would likely act erratically, dangerously, etc. 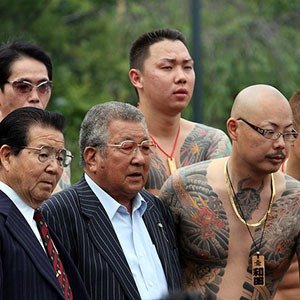 The organizations and membership therein is legal because on paper the organizations engage only in legal activities, such as construction. It doesn’t state in their documents of incorporation that the organization engages in racketeering, extortion, coercion, violence, intimidation, prostitution, gambling, and all the standard stuff yakuza do. Since their actual activities are often illegal, they launder their money through overtly bona fide businesses, such as construction companies, bars, transportation services, etc. and these businesses pay taxes. Sometimes the cops do engage in sting operations and yakuza have to do time just like organized crime members in other countries.

There is also a large grey area. For example, yakuza will do business deals that any other company might do, but get the contract through shady means, such as threatening to set a company’s premises on fire. The way the contract is arrived at is questionable, but the contract itself and the business that takes place (such as cleaning, security, or whatever) is perfectly normal and legal.