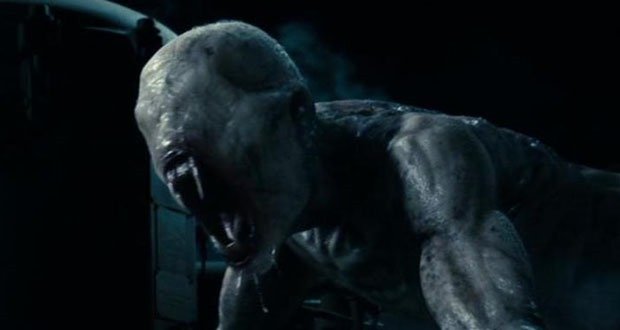 The word “vampire” did not appear in English until 1734, when it was used in an Anglo-Saxon poem titled “The Vampyre of the Fens”. One of the earliest accounts of vampires is found in an ancient Sumerian and Babylonian myth dating to 4,000 B.C. which describes ekimmu or edimmu (one who is snatched away). The ekimmu is a type of uruku or utukku (a spirit or demon) who was not buried properly and has returned as a vengeful spirit to suck the life out of the living. The first full work of fiction about a vampire in English was John Polidori’s influential “The Vampyre”, which was published incorrectly under Lord Byron’s name. Polidori (1795-1821) was Byron’s doctor and based his vampire on Byron.

In vampire folklore, a vampire initially emerges as a soft blurry shape with no bones. He was “bags of blood” with red, glowing eyes and, instead of a nose, had a sharp snout that he sucked blood with. If he could survive for 40 days, he would then develop bones and a body and become much more dangerous and difficult to kill. 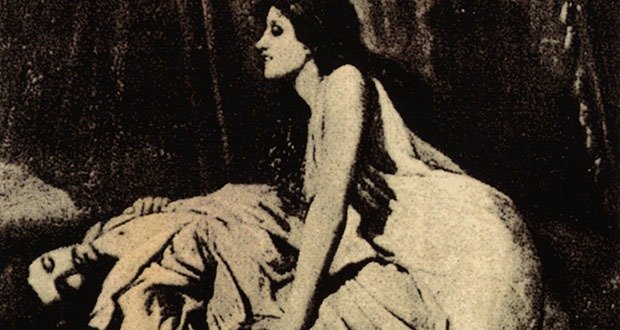 In 2009, a sixteenth-century female skull with a rock wedged in its mouth was found near the remains of plague victims. It was not unusual during that century to shove a rock or brick in the mouth of a suspected vampire to prevent it from feeding on the bodies of other plague victims or attacking the living. Female vampires were also often blamed for spreading the bubonic plague throughout Europe. 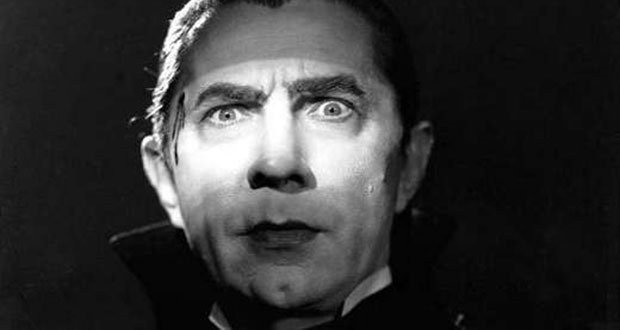 Hollywood and literary depictions of vampires are vastly different than of historical myths. Today vampires are widely believed to be very old, tall, attractive, intelligent and aristocratic, sleep in coffins on native ground, have an insatiable thirst for blood, and who must be staked through the heart to be killed. In contrast, folkloric vampires (before Bram Stoker) are usually peasants of low intelligence, recently dead, do not need their native soil, and are often cremated with or without being staked.

By the end of the twentieth century, over 300 motion pictures were made about vampires, and over 100 of them featured Dracula. Over 1,000 vampire novels were published, most within the past 25 years. 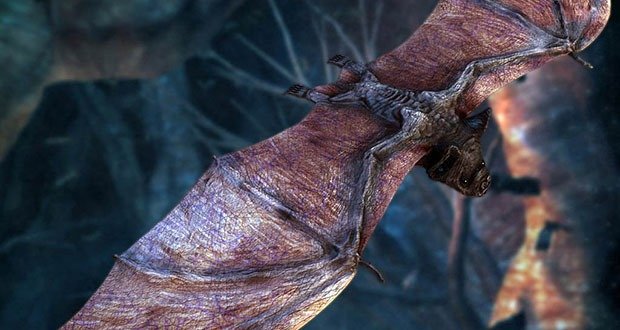 Modern literature often states that vampires have many powers; anything from telepathy and mind control to the ability to communicate with and/or transform into animals. There is no historical lore that corroborate these concepts and seem to mostly be very recent developments in vampire mythology.

The idea of a vampire being harmed by sunlight is fairly recent and, apparently, a literary invention. Historic lore makes no mention of it. Though, there have been reports that perhaps the U.S. government used such a tale to scare superstitious guerrillas in the Philippines in the 1950s. While sunlight can be used by vampires to kill other vampires, as in Ann Rice’s popular novel Interview with a Vampire, other vampires such as Lord Ruthven and Varney were able to walk in daylight.

How one becomes a vampire… 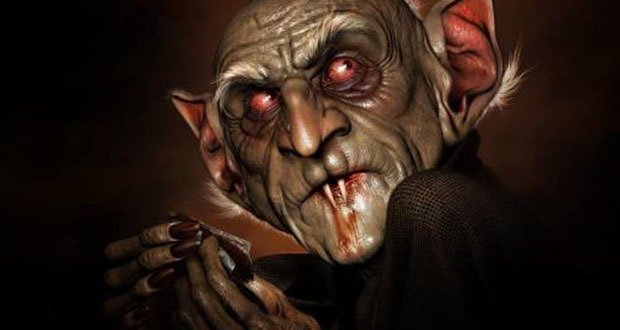 Folklore vampires can become vampires not only through a bite, but also if they were once a werewolf, practiced sorcery, were an illegitimate child of parents who were illegitimate, died before baptism, anyone who has eaten the flesh of a sheep killed by a wolf, was the child of a pregnant woman who was looked upon by a vampire, was a nun who stepped over an unburied body, or had a cat jump on their corpse before being buried (England and Japan), a baby born with teeth; a stillborn; a bat flying over a corpse (Romania); being excommunicated by the Orthodox Church (Greece); being the seventh son of the seventh son; a dead body that has been reflected in a mirror; red heads (Greece); people who die by suicide or sudden, violent deaths; people who were improperly buried; renouncing the Eastern Orthodox religion. 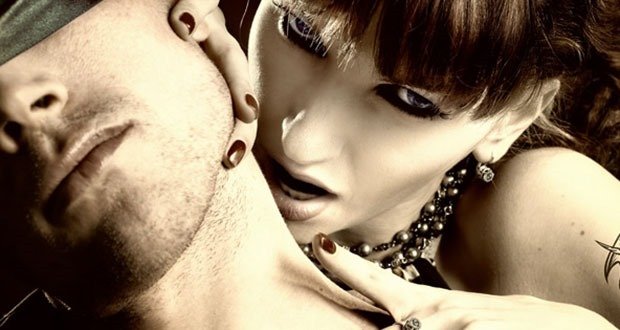 According to several legends, if someone was bitten by a suspected vampire, he or she should drink the ashes of a burned vampire. To prevent an attack, a person should make bread with the blood of vampire and eat it.

Before Christianity, methods of repelling vampires included garlic, hawthorn branches, rowan trees (later used to make crosses), scattering of seeds, fire, decapitation with a gravedigger’s spade, salt (associated with preservation and purity), iron, bells, a rooster’s crow, peppermint, running water, and burying a suspected vampire at a crossroads. It was also not unusual for a corpse to be buried face down so it would dig down the wrong way and become lost in the earth.

Garlic, a traditional vampire repellent, has been used as a form of protection for over 2,000 years. The ancient Egyptians believed garlic was a gift from God, Roman soldiers thought it gave them courage, sailors believed it protected them from shipwreck, and German miners believed it protected them from evil spirits when they went underground. In several cultures, brides carried garlic under their clothes for protection, and cloves of garlic were used to protect people from a wide range of illnesses. Modern-day scientists found that the oil in garlic, allicin, is a highly effective antibiotic. 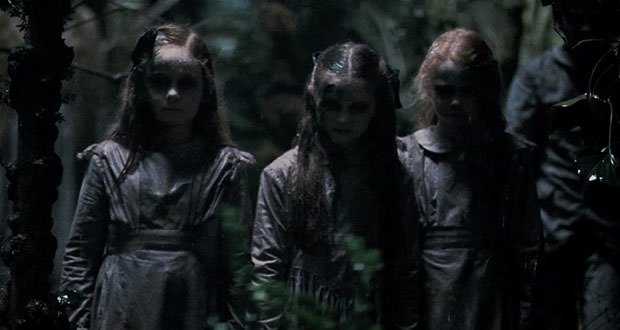 In folklore, the vampire’s first victim would often be his wife. This is why, in some cultures, when a husband died, the wife would change her appearance, i.e. she would cut her hair and would wear black for the entire period of mourning. These things were done with the intention of deceiving the vampire, should he return. According to some legends, a vampire may engage in sex with his former wife, which often led to pregnancy. In fact, this belief may have provided a convenient explanation as to why a widow, who was supposed to be celibate, became pregnant. The resulting child was called a gloglave (pl. glog) in Bulgarian or vampirdzii in Turkish. Rather than being ostracized, the child was considered a hero who had powers to slay a vampire. 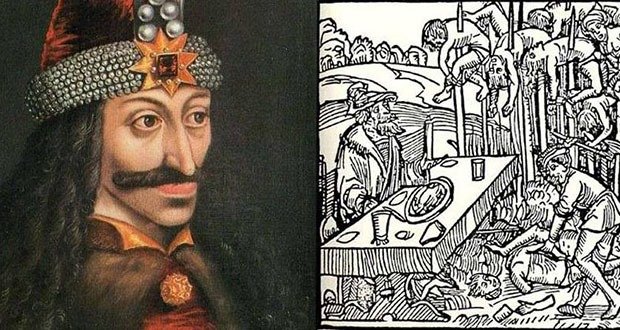 It’s largely believed that Dracula is based on a Wallachian Prince named Vlad Tepes, or Vlad Dracul, meaning “The Dragon”, though this may not be so. There’s no evidence that Bram Stoker had ever heard of this monarch while writing the book.

Vlad Tepes was born in the fortress of Sighisoara, Romania in December of 1431. When he was born his father, Vlad Dracul, was the military governor of Transylvania, appointed by the emperor Sigismund. A year prior to this time Vlad Dracul was welcomed into the Order of the Dragon. The Order began in 1387 and was a society committed to the military and religion. The Order could be compared to a men’s club today that consisted of members that were passionate about preserving the Catholic religion and to fight against the Turks. Dracula became prince in 1456 and in his brief reign is estimated to have killed 100,000 people. He is named “The Impaler” because of his proclivity for impaling his victims on a sharp pole, often eating meals on the field in which his victims were suspended. He was assassinated in 1476. 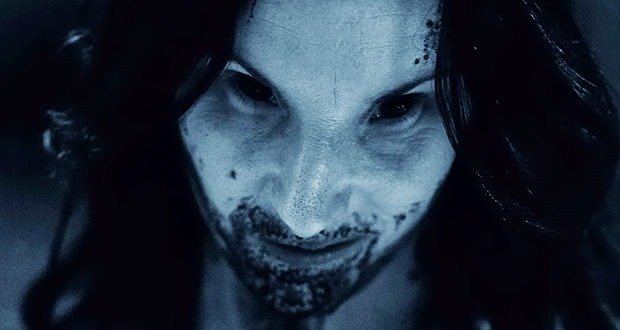 Recent research has linked historical reports of vampirism to outbreaks of rabies in nearby areas, which would explain the senility, sensitivity to light and garlic, as well as a tendency to bite people, leading to the spread of the infection.

How To Kill Them… 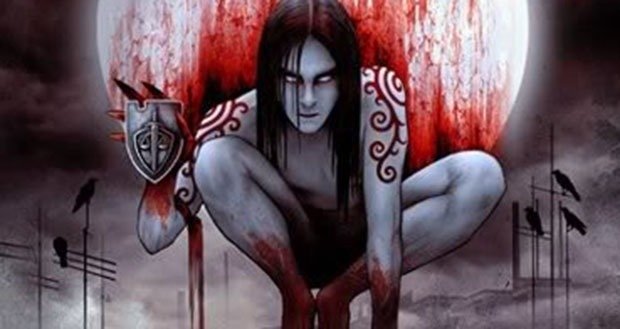