Etymology and the Worldwide Impact 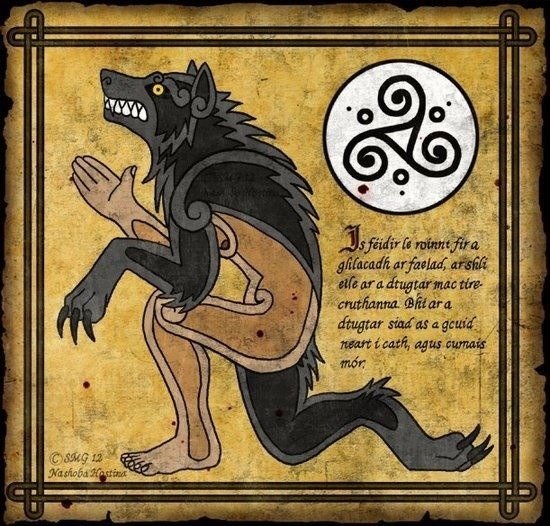 A werewolf, also known as a lycanthrope (from the Greek λυκάνθρωπος: λύκος, lykos, “wolf”, and ἄνθρωπος, anthrōpos, “man”), is a mythological or folkloric human with the ability to shapeshift into a wolf. It’s the most well-known form of Therianthropy, or the act of a human “change skins” and becoming animals, followed by cynanthropy (transformation into a dog) and ailuranthropy (transformation into a cat). 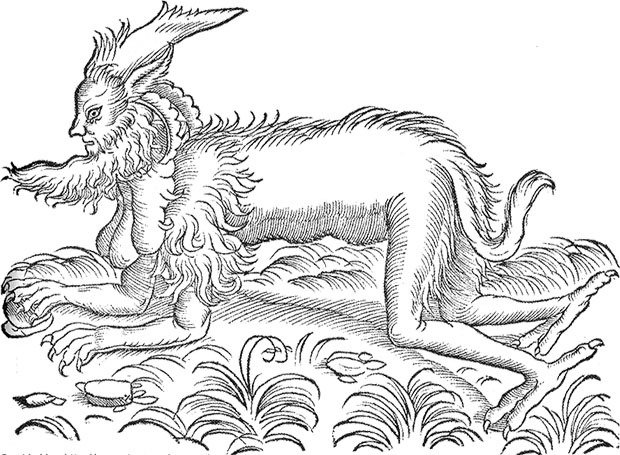 In the Middle Ages, many Europeans believed wolves were tools of the devil and the animals were ruthlessly hunted. Epileptics and the mentally ill were often brought to court and accused of being werewolves. Today, psychologists use the term “lycanthrope” to describe a mentally ill person who actually believes he has been changed into an animal.

According to the first dictionary of modern Serbian language (published by Vuk Stefanović-Karadžić in 1818) vukodlak / вукодлак (werewolf) and vampir / вампир (vampire) are synonyms, meaning a man who returns from his grave for purposes of fornicating with his widow. The dictionary states this to be a common folk tale. Common amongst the Kashubs, and the Serbs and Slovenes of what is now northern Poland, was the belief that if a child was born with hair, a birthmark or a caul on their head, they were supposed to possess shape-shifting abilities. Though capable of turning into any animal they wished, it was commonly believed that such people preferred to turn into a wolf.

Folklore around the World 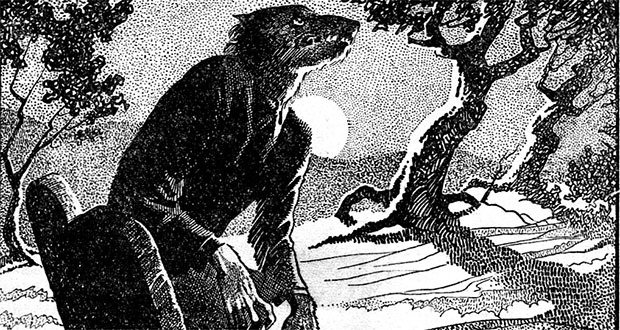 In Latvian folklore, a vilkacis was someone who transformed into a wolf-like monster, which could be benevolent at times. Another collection of stories concern the skin-walkers. The vilkacis and skin-walkers probably have a common origin in Proto-Indo-European society, where a class of young unwed warriors were apparently associated with wolves.

The legends of ulfhednar mentioned in Vatnsdœla saga, Haraldskvæði, and the Völsunga saga resemble some werewolf legends. The ulfhednar were fighters similar to the berserkers, who were dressed in bear hides and reputed to channel the spirits of these animals to enhance effectiveness in battle. These warriors were resistant to pain and killed viciously in battle, much like wild animals. Ulfhednar and berserkers are closely associated with the Norse god Odin.

The 11th Century Russian Prince Vseslav of Polotsk was considered to have been a Werewolf, capable of moving at superhuman speeds, as recounted in The Tale of Igor’s Campaign: “Vseslav the prince judged men; as prince, he ruled towns; but at night he prowled in the guise of a wolf. From Kiev, prowling, he reached, before the cocks crew, Tmutorokan. The path of Great Sun, as a wolf, prowling, he crossed. For him in Polotsk they rang for matins early at St. Sophia the bells; but he heard the ringing in Kiev.”

According to Armenian lore, there are women who, in consequence of deadly sins, are condemned to spend seven years in wolf form. In a typical account, a condemned woman is visited by a wolfskin-toting spirit, who orders her to wear the skin, which causes her to acquire frightful cravings for human flesh soon after. With her better nature overcome, the she-wolf devours each of her own children, then her relatives’ children in order of relationship, and finally the children of strangers. She wanders only at night, with doors and locks springing open at her approach. When morning arrives, she reverts to human form and removes her wolfskin. The transformation is generally said to be involuntary, but there are alternate versions involving voluntary metamorphosis, where the women can transform at will.

In the Caribbean island of Trinidad, there is a common belief that a creature called a lagahoo exists. It is described as a male shape-shifter, and is often spotted in the villages.

A strange Tale from France 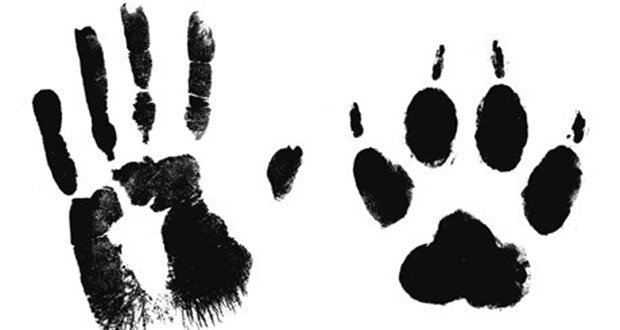 There were numerous reports of werewolf attacks and consequent court trials in sixteenth century France. In some of the cases there was clear evidence against the accused of murder and cannibalism, but none of association with wolves; in other cases people have been extremely terrified by such creatures, such as that of Gilles Garnier in Dole in 1573, there was clear evidence against some wolf but none against the accused. The loup-garou eventually ceased to be regarded as a dangerous heretic and reverted to the pre-Christian notion of a “man-wolf-fiend.” The lubins or lupins were usually female and shy in contrast to the aggressive loup-garous. Some French werewolf lore is based on documented events caused by the full moon. The Beast of Gévaudan terrorized the general area of the former province of Gévaudan, now called Lozère, in south-central France. From the years 1764 to 1767, an unknown entity killed upwards of 80 men, women, and children. The creature was described as a giant wolf by the sole survivor of the attacks, which ceased after several wolves were killed in the area. 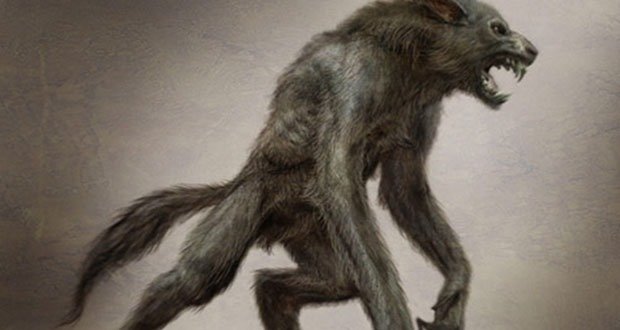 Olaus Magnus says that the Livonian werewolves were initiated by draining a cup of specially prepared beer and repeating a set formula. Ralston in his Songs of the Russian People gives the form of incantation still familiar in Russia. According to Russian lore, a child born on December 24 shall be a werewolf. Folklore and literature also depict that a werewolf can be spawned from two werewolf parents. 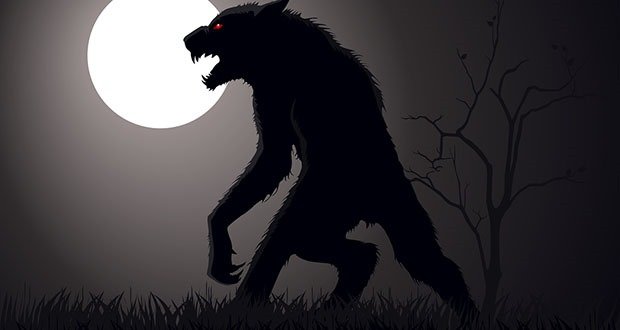 In Brazil, the seventh daughter become a headless (replaced with fire) horse called “Mula-sem-cabeça” (Headless Mule). The belief in the curse of the seventh son was so widespread in Northern Argentina (where the werewolf is called the lobizón), that seventh sons were frequently abandoned, ceded in adoption, or killed. A 1920 law decreed that the President of Argentina is the official godfather of every seventh son. Thus, the State gives a seventh son one gold medal in his baptism and a scholarship until his twenty first year. This effectively ended the abandonments, but there still persists a tradition in which the President godfathers seventh sons. 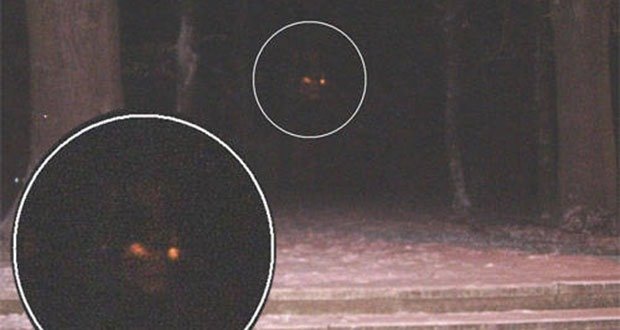 The power of transforming others into wild beasts was attributed not only to malignant sorcerers, but to Christian saints as well. Omnes angeli, boni et Mali, ex virtute naturali habent potestatem transmutandi corpora nostra (“All angels, good and bad have the power of transmutating our bodies”) was the dictum of St. Thomas Aquinas. St. Patrick was said to have transformed the Welsh king Vereticus into a wolf; St. Natalis supposedly cursed an illustrious Irish family whose members were each doomed to be a wolf for seven years. In other tales the divine agency is even more direct, while in Russia, again, men have supposedly become werewolves when incurring the wrath of the Devil.

A notable exception to the association of Lycanthropy and the Devil, comes from a rare and lesser known account of a man named Thiess. In 1692, in Jurgenburg, Livonia, Thiess testified under oath that he and other Werewolves were the Hounds of God. He claimed they were warriors who went down into hell to battle with witches and demons. Their efforts ensured that the Devil and his minions did not carry off the abundance of the earth down to hell. Thiess was steadfast in his assertions, claiming that Werewolves in Germany and Russia also fought against the devil’s minions in their own versions of hell, and insisted that when werewolves died, their souls were welcomed into heaven as reward for their service. Thiess was ultimately sentenced to ten lashes for Idolacy and superstitious belief. 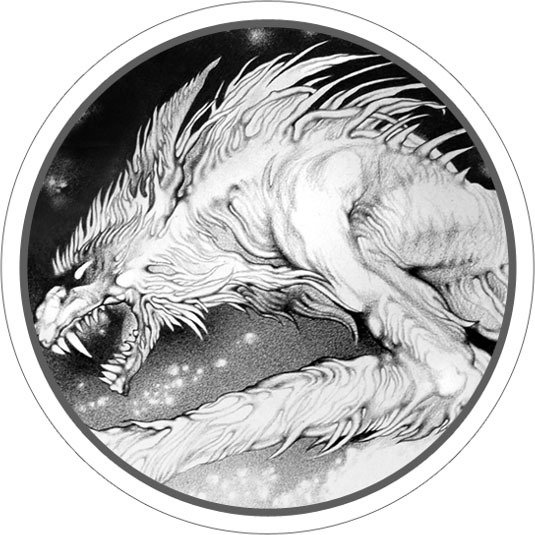 A distinction is often made between voluntary and involuntary werewolves. The former are generally thought to have made a pact, usually with the Devil, and morph into werewolves at night to indulge in mischievous acts. Involuntary werewolves, on the other hand, are werewolves by an accident of birth or health. In some cultures, individuals born during a new moon or suffering from epilepsy were considered likely to be werewolves.

How to Kill Them (Or Return Them to their Human Form) 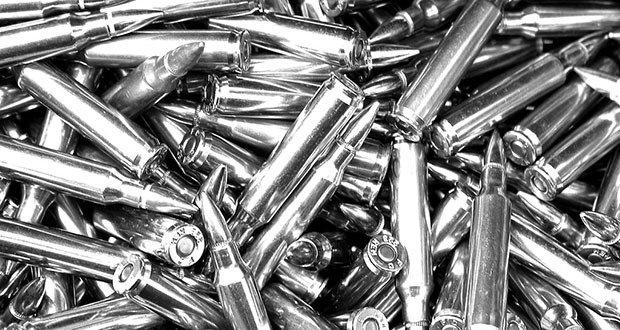 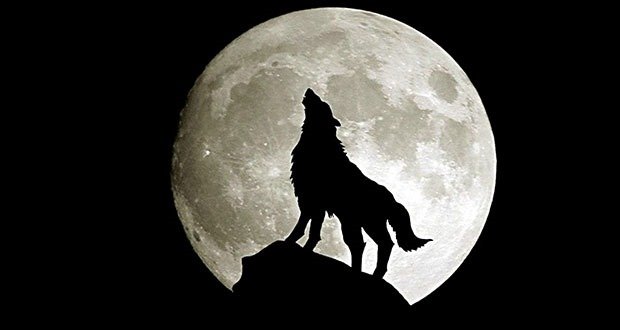 Werewolves have several described weaknesses, the most common being an aversion to wolfsbane (a plant that supposedly sprouted from weeds watered by the drool of Cerberus while he was brought out of the Underworld by Heracles) and a notable dislike for certain metals, like iron and silver, which are both considered to represent the moon. Unlike vampires, werewolves are not harmed by religious artifacts such as crucifixes and holy water.

AskUs: Do rockets take advantage of the momentum from earth’s spin and orbit?