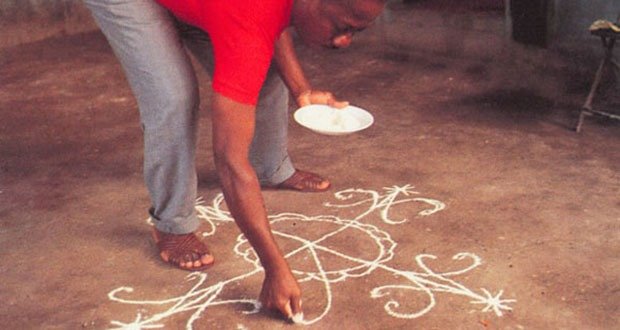 Dahomeyan Voodoo, also known as Vodun (meaning “spirit” or “deity”) originated in West Africa and was transplanted to Haiti and the Dominican Republic, and is still the dominant religion of Haiti today. It moved from Africa to the Caribbean around 1685. When slavery began, the majority of the slaves brought to Haiti were from Western and Central Africa, who brought their religion with them. Slaves brought to America were banned from practicing their own religion by their owners, and in an effort to preserve their religion, they incorporated the saints and practices of Catholicism.

Louisiana Voodoo, also known as New Orleans Voodoo, developed within the French, Spanish, and Creole population of the U.S. state of Louisiana. Its liturgical language is Louisiana Creole French, the language of the Louisiana Creole people. Louisiana Voodoo is often confused with—but is not completely separable from—Haitian Vodou and southern Hoodoo (folk magic). It differs from Vodou in its emphasis upon Gris-Gris, Voodoo Queens, use of Hoodoo paraphernalia, and Li Grand Zombi (snake deity). It was through Louisiana Voodoo that such terms as Gris-Gris (a Wolof term) and Voodoo dolls were introduced into the American lexicon. 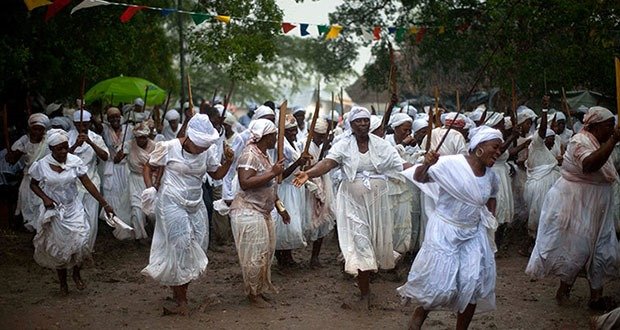 The most basic concept of Voodoo is the belief in one Creator-God, Bondye. This God is very similar to the God of Islam, Judaism, and Christianity. There is only one God. There are other important categories of spiritual beings called loa. These are the various spirits of family members; the spirits of the major forces of the universe: good, evil, reproduction, health, all aspects of daily life.

They “ride” or possess people now and again during religious ceremonies and they give messages, and even cause various good and bad things to happen to people. And the dead. Mainly the souls of one’s own family members who have died but have not yet been “reclaimed” by the family. Ignored family dead are dangerous. Honored and cared for family dead are helpful.

The central and key aspect of Voodoo is healing people from illness. Such healing activities probably constitute 60% of all Voodoo activity. Healers heal with herbs, faith healing (with the help of loa and other spirits.)

The priesthood of Voodoo contains both men (houngan) and women (mambo). Their functions are: healing, perform religious ceremonies to call or pacify the spirits, to hold initiations for new priests(tesses), telling the future and reading dreams, casting spells and creating protections, creating potions for various purposes. (From love spells to death spells). 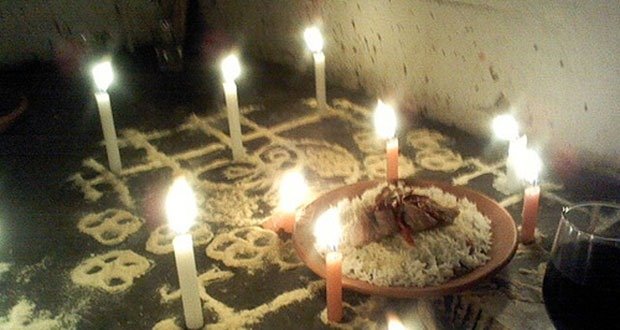 Kalfu (crossroads) is the Petro counterpart to Legba. He is the spirit of the night, the origins of darkness. The moon is his symbol. He can be placated, but is a dangerous loa. 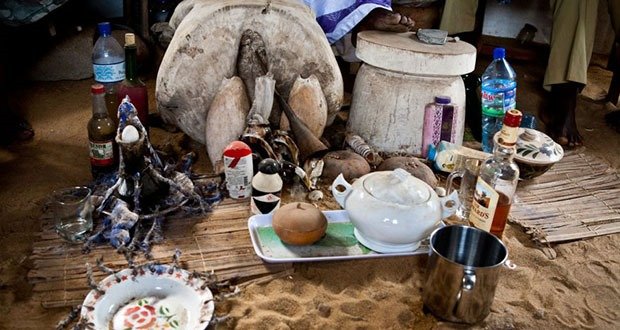 Hounfo: the parish or region of a houngan or mambo’s practice
Serviteurs: serious practitioners of Voodoo
Ason: the magic rattle of the houngan or mambo
Lave tet (washing of the head): an initiation ceremony held for serviteurs after they have been possessed for the first time
Vévé (also spelled verve): ceremonial drawings done in flour, of the various loa
Poto mitan: the center pole in a Voodoo peristyle (temple). It represents the center of the universe and all dancing revolves around the poto mitan
The crossroads: A central image in Voodoo. This is the place where the two worlds (earth and spirit world) meet. Virtually all Voodoo acts, even healing, begin with the acknowledgment of the crossroads.

Vévé (Shown is the Vévé of Papa Legba) 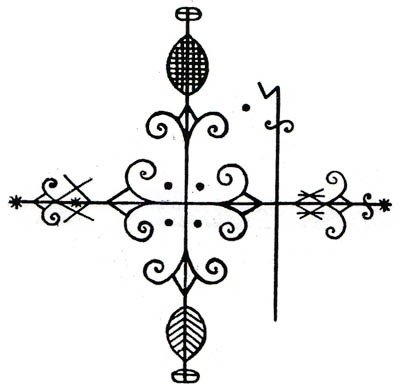 Just as specific colors, objects, chants and drum beats appeal to specific loa, so to do the veves. The Vévé used in a ceremony is dependent upon the loa whose presence is desired. Vévés are drawn on the ground with cornmeal, sand, or other powdery substances, and they are obliterated during the ritual. Veve designs vary according to local customs, as do the names of the loa. Multiple Vévés generally have shared elements, however. For example, Damballah-Wedo is a serpent deity, so his Vévés commonly incorporate two snakes. Papa Legba is often depicted as an old man, so his Vévés usually incorporate a cane. 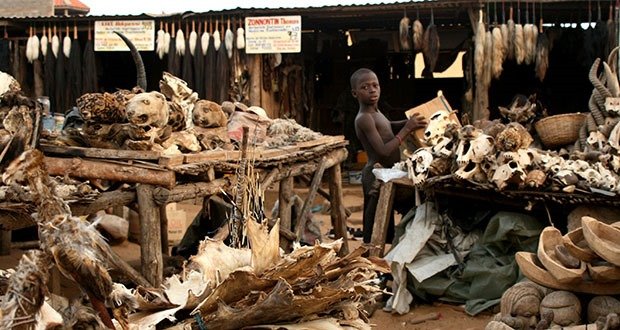 Another common misconception is that animal sacrifice is a widely practiced form of Voodoo. Depending on the community practicing Voodoo, animal sacrifice is an offering to the spirits (loa). Animals are sacred in African Religions, and are used as offerings to the gods and ancestors in healing, initiation, and atonement ceremonies. They are merely consecrated offerings, made sacred for communal meals by the initiate, to share with their gods, ancestors, and the poor.

The “rituals” surrounding this routine event are no more spectacular than the preparation of foods and farm animals for a family meal, or the Jewish ritual of kashruth (Kosher slaughtering) in making an animal sacred for offerings and consuming. 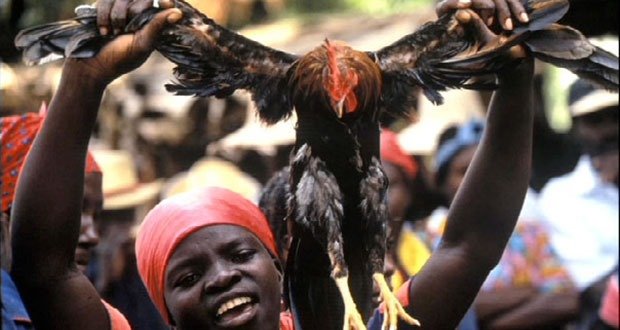 Animal parts (bones, tongues, hearts, etc.) are often used in ritual, but generally, the parts are bought off of butchers and are not part of a sacrifice. Rarely, the blood of a chicken will be needed and the creature will be killed for this purpose. This is really the only instance of sacrifice common in the religion. The animal will often be eaten afterward, shared among the people present at the ritual. 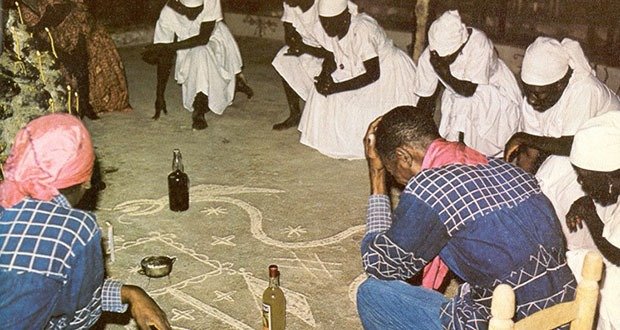 The origin of the concept of zombiism stems from Haitian Voodoo culture. The word zombie, in Haitian it is “zombi” meaning “spirit of the dead.” Voodoo folklore contends that Bokors, Voodoo priests that are concerned exclusively with the study and application of black magic, possessed the ability to ressurrect the deceased through the administration of coup padre.

Coup padre is a powder that is issued orally, the primary ingredient of which is tetrodoxin, the deadly substance of the notoriously poisonous fou-fou, or “porcupine fish.” According to legend, “a zombi(e) is someone who has annoyed his or her family and community to the degree that they can no longer stand to live with this person. They respond by hiring a Bokor…to turn them into a zombi(e).”

Once they had been issued the coup padre, the subjects being prepared for their descent into zombidom would appear to die insofar as their heart rate would slow to a near stop, their breathing patterns would be greatly subdued and their body temperature would significantly decrease. The public, thinking that the person was dead, would bury him/ her as if they were a corpse. They would then be exhumed, still alive, by the Bokor and, although their physicality remained intact, their memory would be erased and they would be transformed into mindless drones. Though still living, they remain under the Bokor’s power until the Bokor dies. 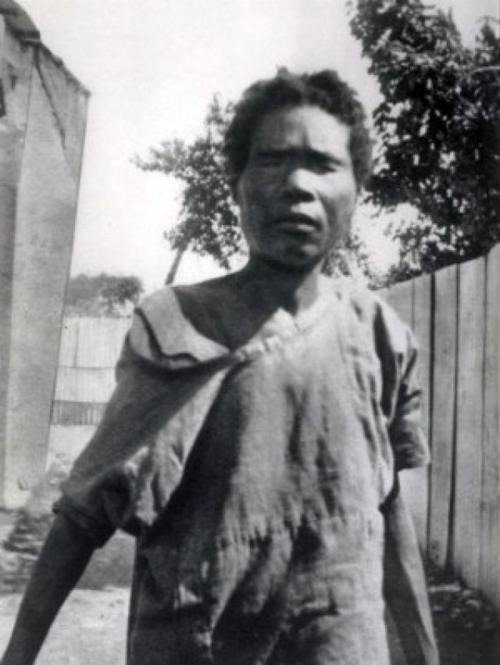 In 1937, while researching folklore in Haiti, Zora Neale Hurston encountered the case of a woman who appeared in a village, and a family claimed she was Felicia Felix-Mentor, a relative who had died and been buried in 1907 at the age of 29. However, the woman had been examined by a doctor, who found on X-ray that she did not have the leg fracture that Felix-Mentor was known to have had. Hurston pursued rumors that the affected persons were given a powerful psychoactive drug, but she was unable to locate individuals willing to offer much information. She wrote: “What is more, if science ever gets to the bottom of Vodou in Haiti and Africa, it will be found that some important medical secrets, still unknown to medical science, give it its power, rather than gestures of ceremony.”

How Hard Was It To Supply Arrows To Archers In Ancient Battles?