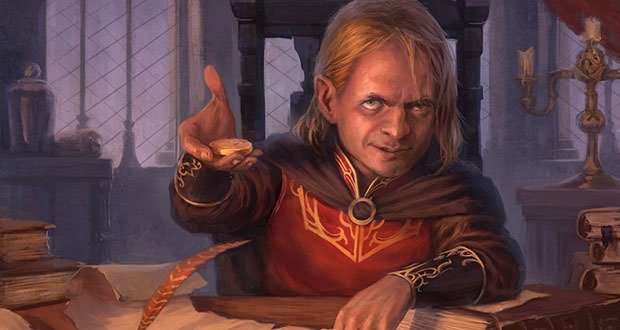 I’ll start off with the most popular theory: Is Tyrion Lannister actually Tyrion Targaryen? There have been little breadcrumbs to support this theory throughout the books. It is obvious that Tywin holds much resentment toward his youngest son for the death of his wife Joanna and is ashamed of Tyrion’s dwarfism.

One of the clues readers suggest is Tywin’s statement to Tyrion in an argument over whether or not Tyrion should be able to have Casterly Rock, “Men’s laws give you the right to bear my name and display my colors, since I cannot prove that you are not mine.” Some people feel that this is an admission of Tywin doubting his parentage rather than just a jab at a son he loathes. 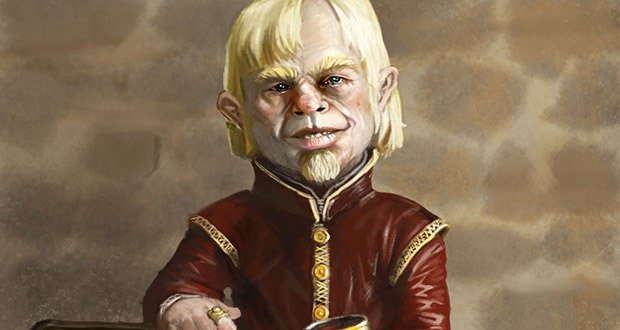 Another point that has been made has to do with his appearance. Tyrion is described as having pale blonde hair, unlike his other two siblings who are described as having golden blonde hair. Some also speculate that his dark almost black eye could hold hues of purple. In the ASOIAF world where characters have purple/violet eyes, it is possible that black could be a very dark purple/violet. Further, other Targaryens have been described as having mismatched eyes (Sheira Seastar) as well as other deformities as to be expected from their inbreeding. Tyrion is also known to have a fascination with dragons and dreams of dragons on occasion. Some believe this suggests his secret Targaryen blood.

It has also been pointed out that he shares the similar trait of Daenerys and Jon Snow in that all 3 of their mothers died while giving birth to them. This is of course going off of the assumption that Jon Snow’s parents are in fact Lyanna Stark and Rhaegar Targaryen. 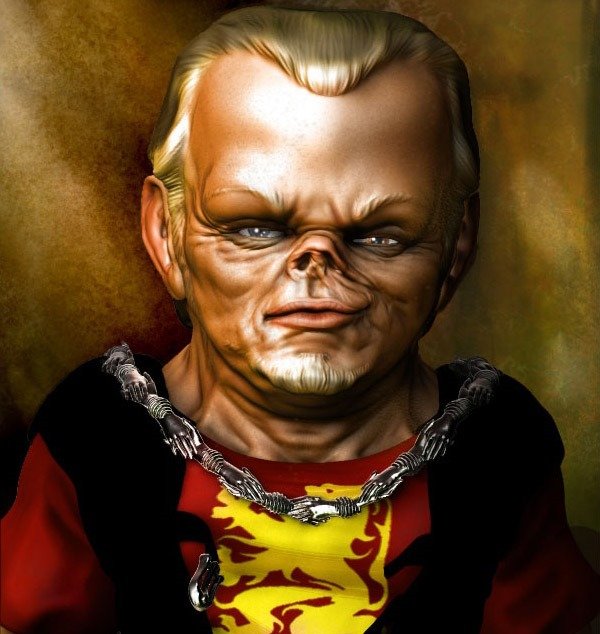 The largest piece of evidence readers have found is a quote from Barristan Selmy as he spoke with Dany in ADWD, “Prince Aerys . . . as a youth, he was taken with a certain lady of Casterly Rock, a cousin of Tywin Lannister. When she and Tywin wed, your father drank too much wine at the wedding feast and was heard to say that it was a great pity that the lord’s right to the first night had been abolished. A drunken jape, no more, but Tywin Lannister was not a man to forget such words, or the . . . the liberties your father took during the bedding.”

People speculate that this means Aerys either raped or seduced Joanna at some point, the result being Tyrion, though if Tywin truly did suspect Tyrion to not be his own and further suspected Aerys as the father it is hard to explain why he would have remained Hand of the King for so long after the fact. It could be argued that Tywin was made aware of Tyrion’s conception through other sources long after the fact as well as that he doubted Tyrion’s paternal origin all along but had no reason to suspect Aerys himself. 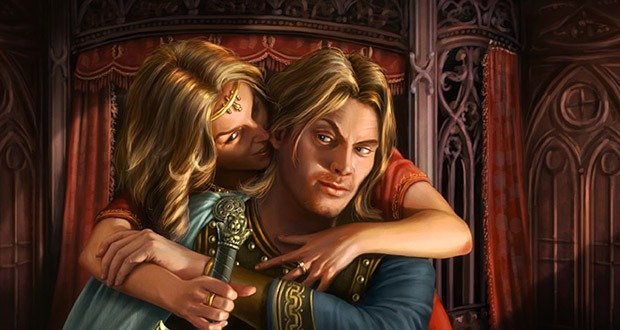 Due to the same quote by Barristan Selmy some people speculate that it isn’t Tyrion that is a Targaryen but rather the twins. Selmy suggests that he took liberties around their wedding night, which would be years before Tyrion came along and fall more in line with Cersei and Jaime. Other factors people use to support this theory include the twins incestuous relationship, stating that it falls more in line with the Targaryen penchant for marrying brother to sister. 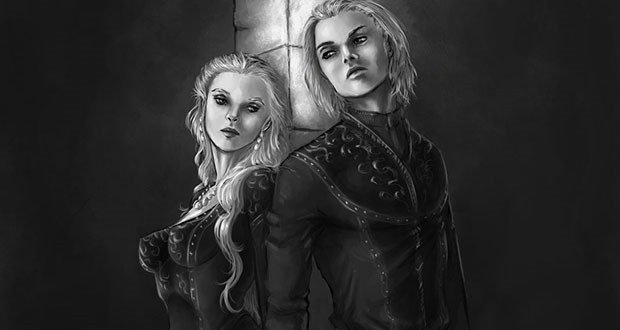 There are also accounts and descriptions from other characters that support the notion that Tyrion is more like his father than the twins. Other clues fans claim is the fact that Jaime and Cersei had 3 children, a reoccurring number in Targaryen lines. Genna Lannister, their aunt, is quoted in AFFC saying to Jaime, “… but Tyrion is Tywin’s son, not you. I said so once to your father’s face, and he would not speak to me for half a year.” 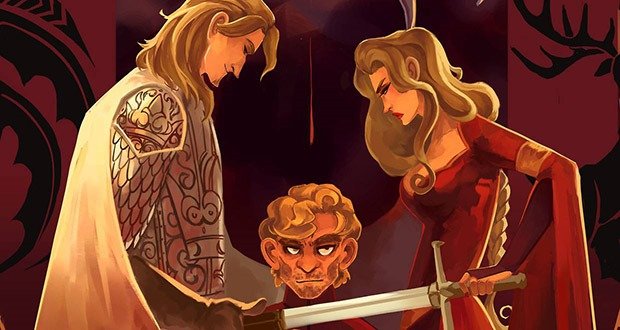 Based on the speculation about all of them, various quotes (mainly the Selmy account), and fuzziness of how much Aerys would have been able to interact with Joanna during Tywin’s time served as Hand of the King, some fans believe that all 3 of the Lannister children are secretly half Targaryen.

As for my personal opinion, I believe that all 3 Lannisters are nothing more than that, Lannister. I feel it serves the story better for all of them to be such and that any suggestion of otherwise is a red herring put into place by GRRM to keep readers guessing. Of course I am most certainly not the end all be all on the subject and I am very capable of being very wrong, so don’t take my word for it!