George R.R. Martin did an amazing job of building thousands of years of thought out history to support all of his wonderful characters and bring his books to life. Fans of the books get a glimpse of this rich history in much more detail than those who have only enjoyed the show so I decided to compile an album sharing some of the history of Westeros. This article will not have spoilers! These are all the things that happened pre-books/show. 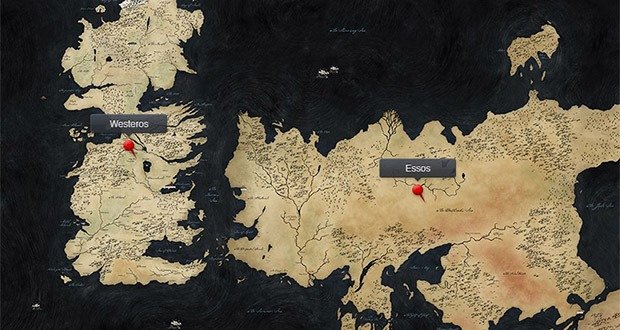 Before we dive into this I wanted to establish which continent is which. Westeros is where the majority of our characters are and where the main story takes place. To the east is Essos, where Daenerys is.

Chapter 1: The Dawn of the First Men 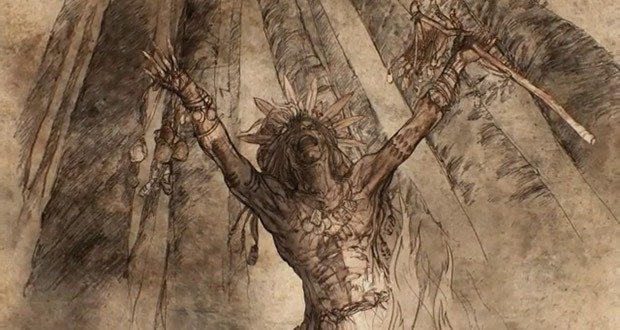 The recorded history of Westeros stretches back over 12,000 years in Martin’s world, and long before humans inhabited the continent, it was home to a race of creatures known as the Children of the Forest. These non-human creatures were small, had brownish skin, and eyes much like cat eyes. They also possessed strong magic.

The Children of the Forest worshiped the old gods and were the beings that carved the faces into the weirwood trees throughout the continent. These are the same gods that the Starks and other northerners worship, unlike the new gods (the Seven) that southerns prayed to. 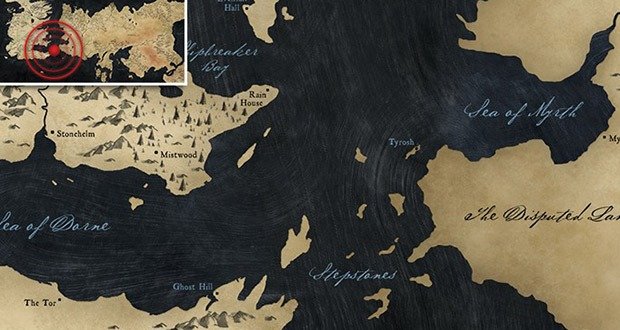 The First Men were the first humans to travel from Essos to Westeros. 12,000 years ago there was a land bridge connecting the two continents called the Arm of Dorne. When they began to settle the land and chop down the forests, particularly the sacred weirwood trees this didn’t go so well with the Children of the Forest and a war inevitably broke out. 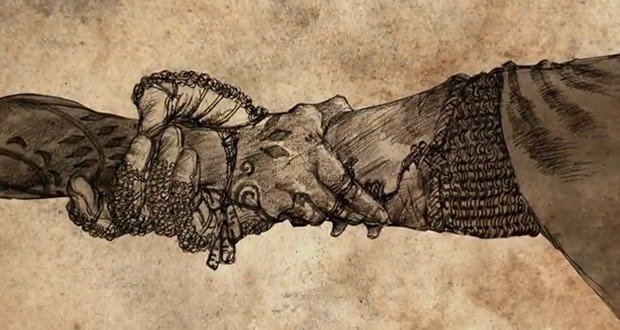 The Pact began 4,000 years of friendship and peace between the two peoples. This is known as the Age of Heroes. During this time the First Men took took up the same gods as the Children of the Forest. 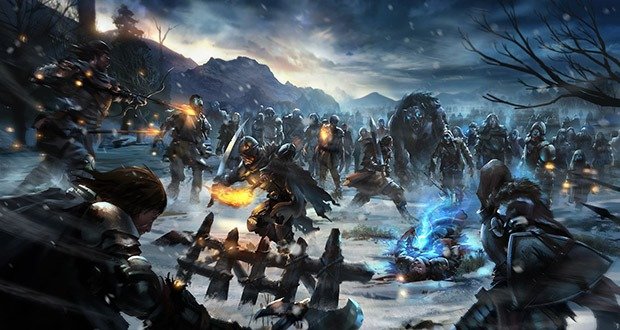 After the 4,000 years or so of peace, the world fell into a long period of darkness and winter known as the Long Night. During this time evil creatures known as the Others, or White Walkers, came down from the Land of Always Winter in the extreme north of the continent of Westeros. 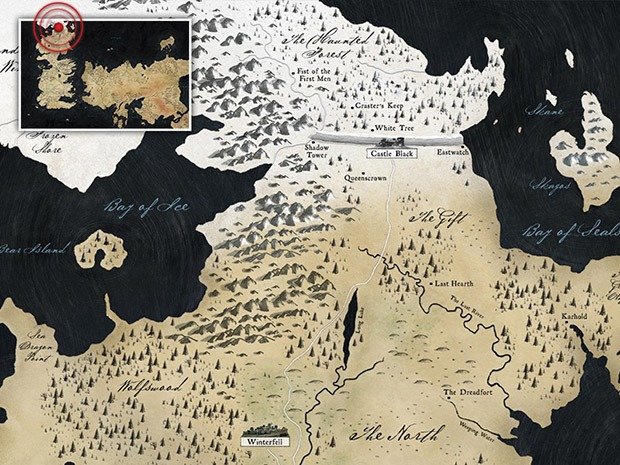 The Wall is solid ice, stretching 300 miles long and over 700 feet high. It has a total of 19 castles along it’s path. The Children of the Forest even helped infuse the wall with magic in order to keep everything out. It is regarded as one of the nine wonders made by man. 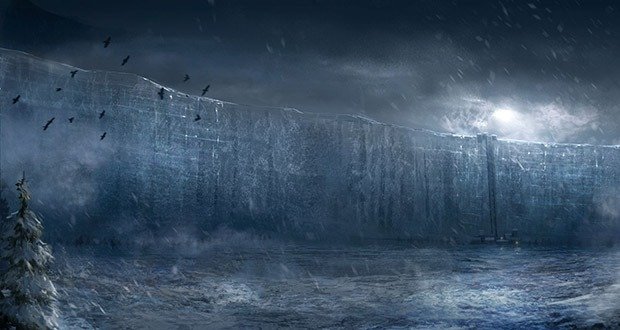 The Night’s Watch was originally a very prestiegous order and it was something that many chose to do freely, but after centuries of no further attacks from the Others and only battling wildlings, the importance of this order faded, leaving it a shadow of it’s former self. Creatures like the Others eventually became little more than myth and the Wall home for little more than a few petty criminals by the start of the books and show.

After the Long Night, the remaining Children of the Forest slowly grew distant from the lands of men, retreating further into the depths of the forests and north of the Wall. 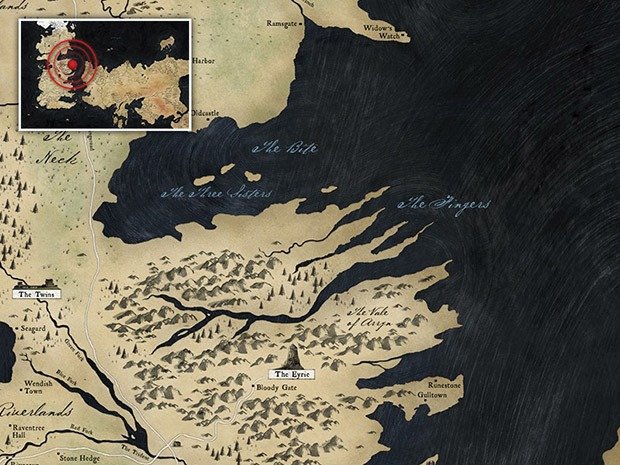 The Andals were a people that came from Essos, landing in an area known as the Fingers and attacked the First Men who lived in the Vale. They chopped down the sacred weirwoods, slaughtered any Children of the Forest they came across and pushed their way through the southern part of Westeros while boasting the glory of their gods, the Seven. 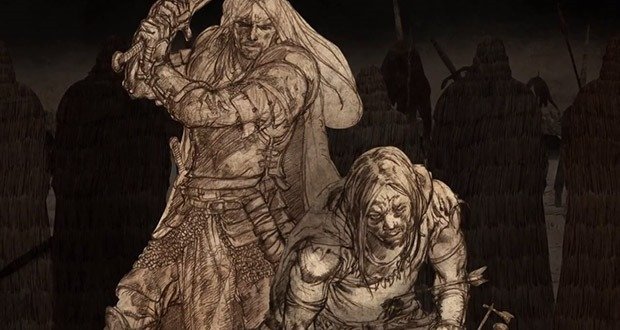 Eventually six of the seven kingdoms of the First Men were conquered by the Andals. Only the Kings of Winter successfully resisted the Andals, holding off their invasion in an area of Westeros known as the Neck.

This caused the continent to be split between north and south. The north was occupied by First Men, both existing northerners and others who didn’t want to give up their old gods and succumb to Andal rule. The south’s kingdoms adopted the Andal’s religion and were ruled under them.

Chapter 4: The War of Conquest 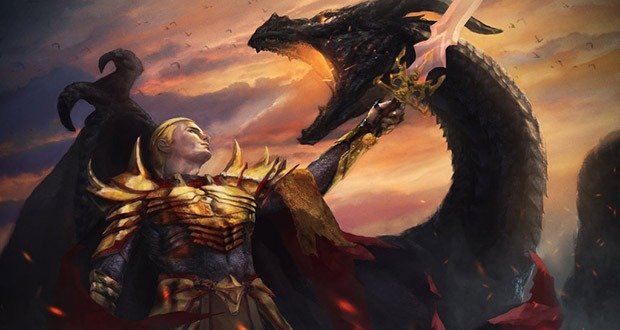 About 6,000 years after the Andal invasion Aegon Targaryen laid siege to Westeros in the War of Conquest. Aegon’s host only had about 1,600 men but he had something that no one else had, dragons.

Westeros was still divided into seven kingdoms and there wasn’t much unity between them. Aegon along with his two sister-wives, Rhaenys and Visenya worked their way through Westeros conquering 6 of the 7 kingdoms (not including Dorne). 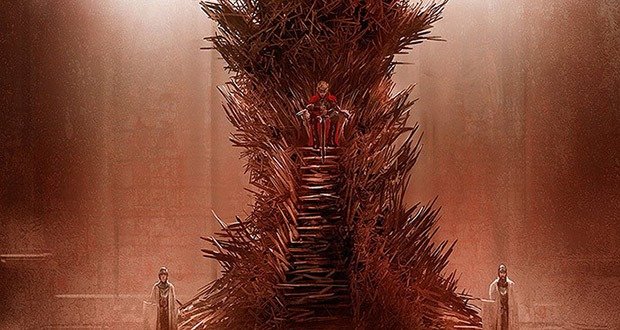 Once the kingdoms were conquered Aegon established a new city of King’s Landing and began building the castle the Red Keep. He had the swords of his enemies melted down to create the iron throne. Aegon also appointed certain houses as wardens of their respective lands. The Starks became wardens of the north, the Lannisters of the west, the Arryns the east, and the Tyrells the south.

This image of the iron throne GRRM has said to be the closest to what he imagined it to be in his own mind.